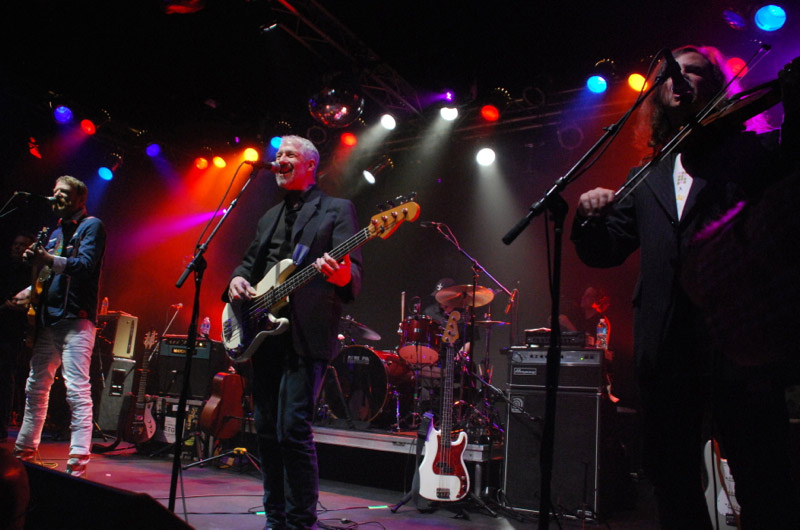 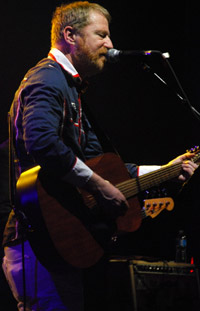 David Lowery (QRO interview) began his musical career in eighties southern California hippie-punk act Camper Van Beethoven, with intricate material coupled with outright silliness – “Eyes of Fatima” parts 1 and 2, but also “Take the Skinheads Bowling”.  After CVB broke-up, he moved on to front nineties alt-country group Cracker, with rollicking hit singles and hilarious commentary – “Low”, but also “Euro-Trash Girl”.  The twenty-first century saw CVB return with 2004’s New Roman Times, and even play some dates alongside Cracker at their annual ‘Camp Out’ in southern California.  But since 2009/10, the two acts have toured together, first warm Cali in December, then the frigid northeast in January, in addition to their own separate tours other times of the year.  The 2013/14 joint tour came to New York’s Highline Ballroom (QRO venue review) on Sunday, January 19th, and showcased both the similarities and differences between them. 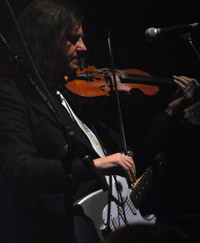 Of the two, Camper has the more recent release, last year’s La Costa Perdida (QRO review), and so their set naturally tended more towards the new material.  That was mostly in the middle, as their performance opened with “Tania” and both parts of “Fatima” from 1988’s Our Beloved Revolutionary Sweetheart, and closed with four from first album, 1985’s Telephone Free Landslide Victory, in “Skinheads Bowling”, “Ambiguity Song”, “The Day Lassie Went To the Moon”, and “Club Med Sucks”.  Overstuffed with talent – Lowery on vocals/guitar, Greg Lisher on guitar, Victor Krummenacher on bass, Frank Funaro on drums, and Jonathan Segel (QRO interview) on violin/guitar – could lend itself to intricacy, but the group is able to leaven that with laid-back, sunny California humor. 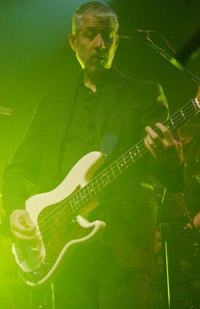 The set went from the utter beauty and power of “All Her Favorite Fruit” (Key Lime Pie, 1989) right to the outright comedy of “Good Guys and Bad Guys” (Camper Van Beethoven, 1986 – live, Segel messed with effects on his pedals to crack everybody up).  Costa’s “Northern California Girls” could ask you to “come home from Brooklyn” (where Segel wore/played both violin & guitar) but the band could also detail the “civil war between Texas and California – I’m not kidding” in “New Roman Times”.  And with such great original records, the group didn’t let the new material displace classics – it would have been hard to pick a song from the set list that shouldn’t have been played, even if there were easily older ones that you wished could have been in a longer set (“Where the Hell Is Bill?” – an easy shout-out request, “The History of Utah”, “(Don’t You Go To) Goleta”, “Crossing Over”, “One of These Days”, “Borderline”, “Jack Ruby” – another shout-out for, “Militia Song”, etc.).

Click here for all of QRO’s coverage of Cracker in QRO’s ‘Spotlight On : Cracker’ feature 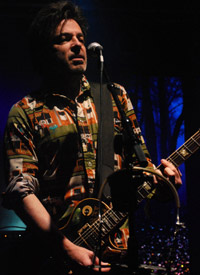 But that performance had to end for Cracker to take the stage next – though at first, when the live music resumed, it was just Lowery, with banjo, who did Camper’s “O Death” in backwoods form.  Then arrived Cracker guitarist Johnny Hickman (QRO interview) for a subdued, acoustic “Hey Brett (You Know What Time It Is)” from Cracker’s most recent record, 2009’s Sunrise In the Land of Milk and Honey (QRO review).  The workingman kiss-off was turned into an elegy for the American blue collar – only for Cracker (now with bassist Sal Meida on stage, and Funaro back on the skins) to turn around into the humor with the hilarious Hickman/Lowery duet of bad “Friends” (from the very same record).  With Cracker’s most recent record pre-dating these Cracker/Camper annual tours, their set was naturally weighted more towards the crowd-pleasers after “Hey Brett”.  These weren’t always the most skilled songs, but pieces like “Useless Stuff” (The Golden Age, 1996), Sunrise’s “Time Machine”, and “Gimme One More Chance” (from 2006’s preceding Greenland) just after riled up the crowd right.  From there Cracker went into the hits, including 1993 Kerosene Hat radio hits “Low” and “Teen Angst (What the World Needs Now)” – which have hit that perfect point of being easy pleasers without overshadowing everything else – “The Good Life” (Gentleman’s Blues, 1998), and, of course, “Euro-Trash Girl” (Cracker, 1992).  Special mention must be made of “Duty Free”, the Ike Reilly cover from Cracker’s all-country covers Countrysides (2003), as it’s rare for the band to play any material off that amazing album. 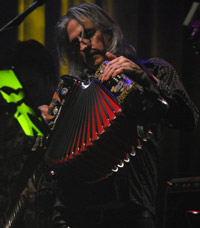 They also brought out “The thin white duke,” local keys master Kenny Margolis – Funaro shouted that Margolis had gotten him the Cracker gig, and gotten Meida his gig as well (“Kenny’s their pimp…”) – plus some accordion solo time (and yes, always-plays-to-the-crowd Hickman had his harmonica, too).  There might have been more Cracker songs missing than Camper (“Happy Birthday To Me” – your Capricorn correspondent’s highest wish, “Movie Star”, “I Hate My Generation”, “Gentleman’s Blues”, “Merry Christmas Emily”, “Sinaloa Cowboys”, “Where Have Those Gays Gone”, “Yalla Yalla”, etc.), as the set was weighted towards the fun over the beauty, but then that beauty came back for set/evening closer, sung by Hickman, “Another Song About the Rain” (Cracker).

The crowds for the two acts were likewise interestingly similar, yet different.  It was definitely an older audience, people with kids and careers out on a school night.  They weren’t afraid to drink, either – one fella tried to mosh during “Skinheads”/“Ambiguity”, only to fall down twice.  Cracker fans were a little more country, Camper more college, and everyone was fittingly drunker during the later Cracker set. 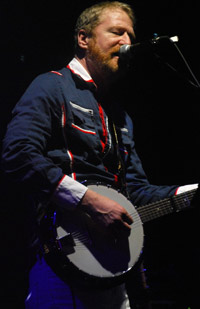 David Lowery’s busy even outside of both of his bands, teaching at University of Georgia’s music program (which is run by David Barbe, bassist from another nineties act, Sugar – QRO deluxe edition review), and has been particularly outspoken in the debate over file-sharing – not two days later, an interview with him was on the BBC World News.  But it’s high time for a new Cracker album, while Camper are putting out deluxe editions of eighties albums Our Beloved Revolutionary Sweetheart and Key Lime Pie in February (QRO upcoming releases list), so maybe next year the tour will see a flip in approaches: new stuff focus from Cracker & old stuff focus from Camper.  Whatever the case, it’s as excellent and reliable as Lowery & everybody’s whole career(s). 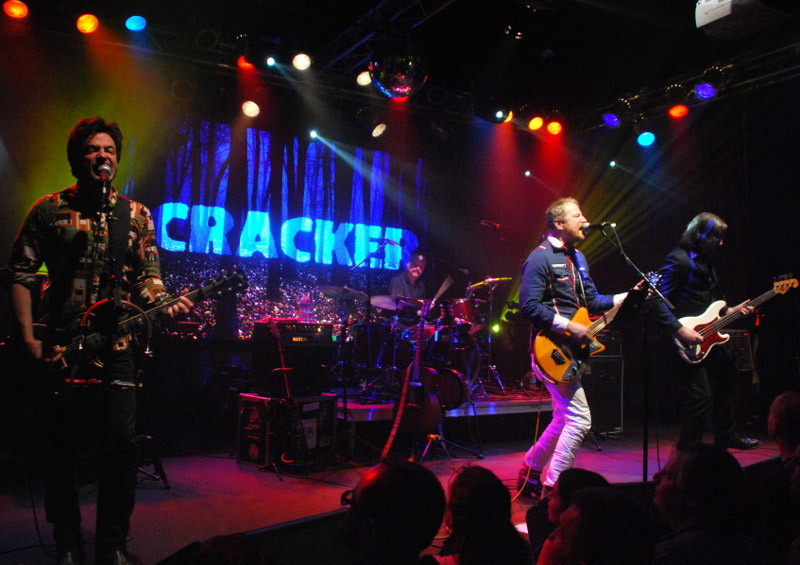