For quite a few years now, Cracker and Camper Van Beethoven have been touring together right around the New Year.... 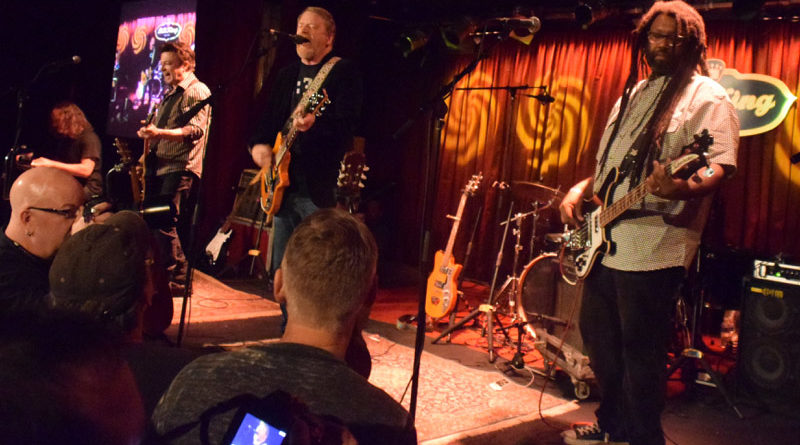 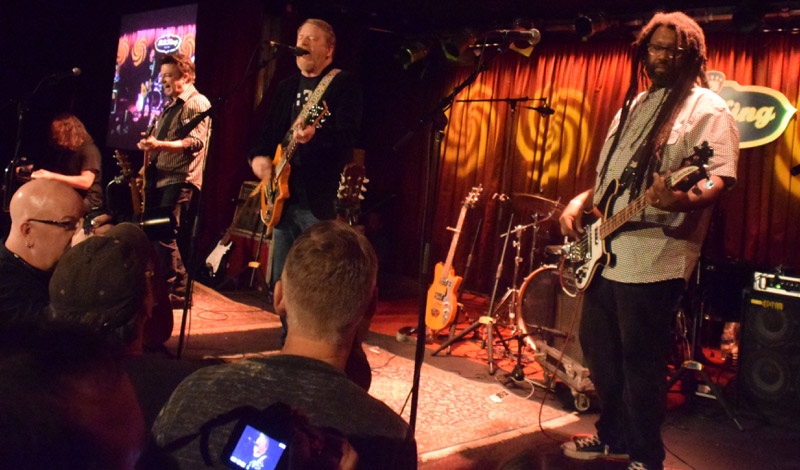 For quite a few years now, Cracker and Camper Van Beethoven have been touring together right around the New Year, playing their native (and warm) California in December, then the (cold) Northeast in January. Both bands share singer/frontman David Lowery (QRO interview), and while their sounds overlap, they’re also distinct from each other. The tour came to New York’s B.B. King’s Blues Club & Grill (QRO venue review) on Sunday, January 15th. 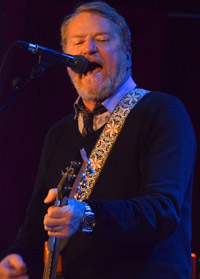 First things first: yes, it was an old crowd. Cracker date back to a nineties heyday when MTV actually played alternative music, Camper from the eighties when alternative was born. B.B. King’s is on 42nd Street, right off of Times Square, in about as touristy a location as you can have without being part of the Disney Corporation. The downstairs space is a mix of seated tables (which all seemed to be reserved), in order to dine as well as watch the music, a central stage floor, and an overlooking back bar. Your correspondent has loved both acts for a long time, seen them before (together & separate), yet still might have been the youngest person there. 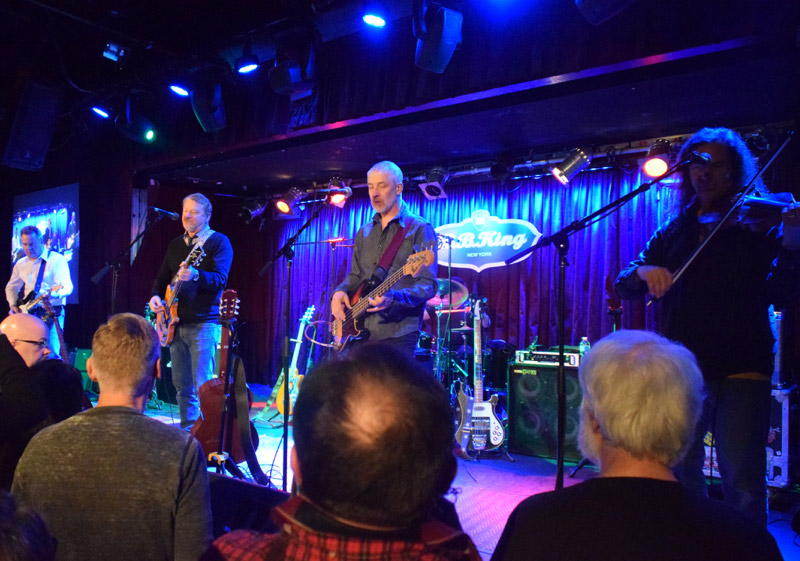 Camper Van Beethoven was part of the ‘college rock’ scene of the eighties, and still hew that way, with a crowd that looks more at home in a college town than Times Square – but, by this point, the fans are more professor, less student. While CVB mixed and matched from their records, both eighties and twenty-first century, two things were notable. The first was that the set list was heavy on instrumentals, with five out of the sixteen songs. Camper have always been friendly to the instrumental, but this set both began & ended with ones (“Waka” and “S.P. 37957 Medley”, respectively). It also meant less time for Lowery’s rambling lyrics – though they still played “Take the Skinheads Bowling”, maybe their most ‘must-play’ song. 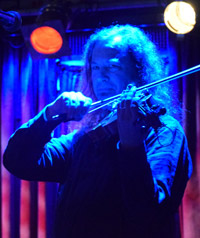 Also, just before “S.P” were three songs in a row from 2013’s La Costa Perdida (QRO review), “Come Down the Coast”, “Too High For the Love In”, and “Northern California Girls”. A very ‘California’ record (just look at the song titles…), if alt-California, it was some nice warmth in New York. However, there was none from the following year’s companion piece, El Camino Real (QRO review), indicating that it really was more of an extras album. 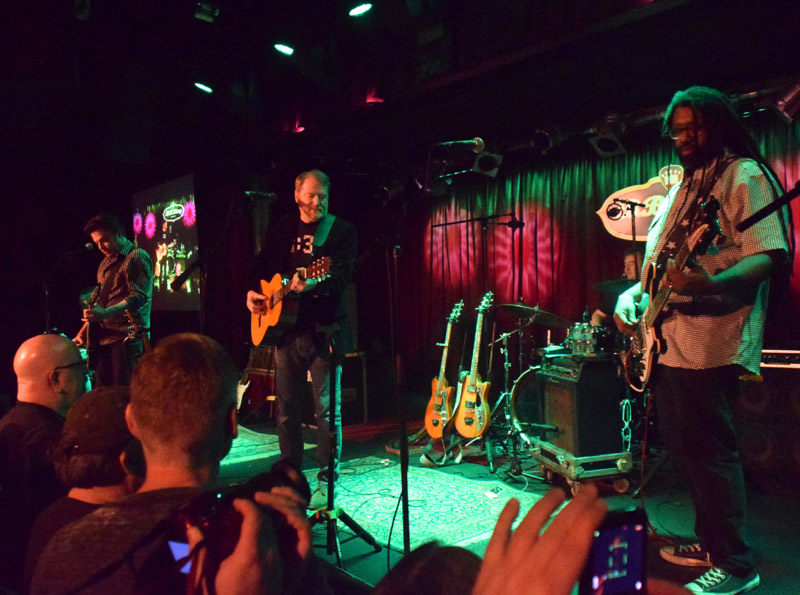 Click here for all of QRO’s coverage of Camper Van Beethoven in QRO’s ‘Spotlight On : Cracker’ feature

After a short break, it was time for Cracker. One great thing about the Cracker-Camper tours is that it’s a real double-act, giving fans more for their money. And while Camper leans to the university, Cracker goes country, though decidedly alt-country. At B.B. King’s they did do their big nineties hits, starting with “Loser” (with CVB’s Jonathan Segel – QRO interview – guest-spotting on violin), “Teen Angst (What the World Needs Now)” (in a room without teenagers), “Low”, and, of course, “Euro-Trash Girl”. But there were also songs from the band’s most recent record, 2014’s Berkeley To Bakersfield (QRO review). As Bakersfield as Costa was Berkeley, BTB channeled California country – literally, in the case of “California Country Boy”. That was one of a number of pieces sang not by Lowery but by guitarist Johnny Hickman (QRO interview), who has long played more of the showman in Cracker – including numerous solos this evening, though perhaps not as many as pedal guitar player Matt Stoessel, a.k.a. ‘Pistol Pete’. 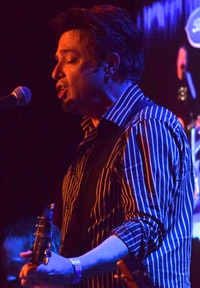 Most likely most of the fans at B.B. King’s that evening had seen Cracker & Camper before, probably more than once, and the night was not filled with that many surprises (indeed, it was actually surprising that the outspoken & political Lowery never mentioned the inauguration D-Day coming up on Friday…). But it was just great to catch them again. 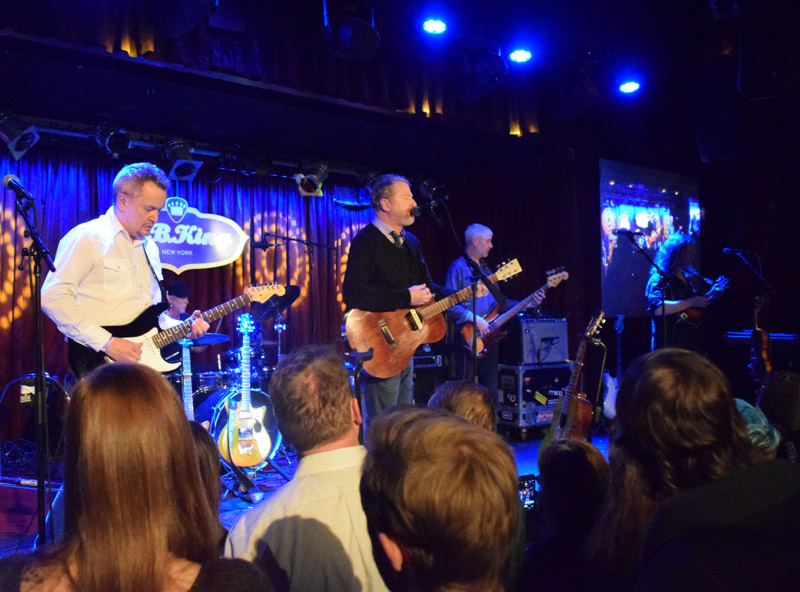