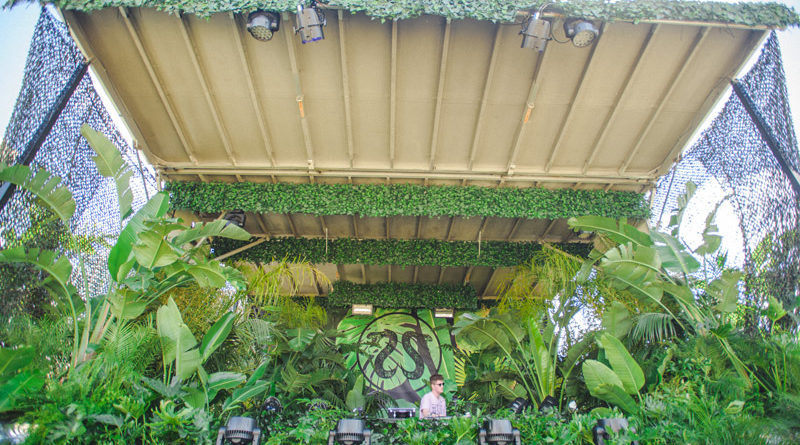 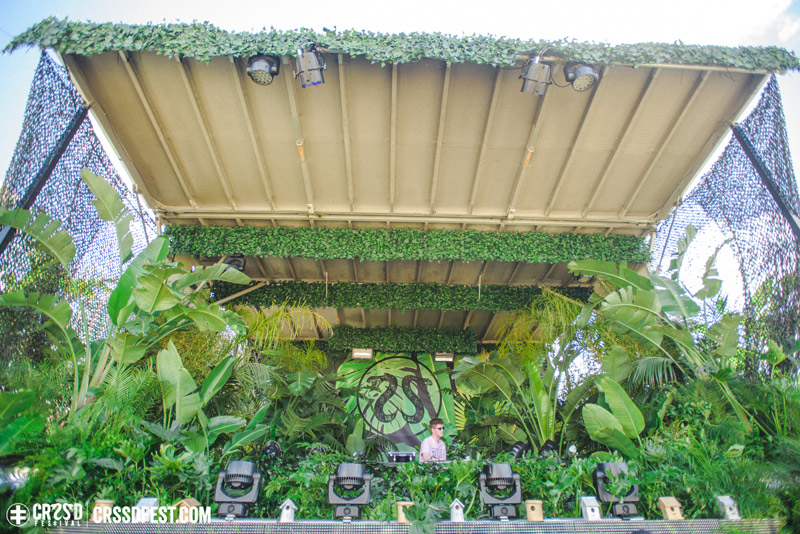 San Diego’s CRSSD Fest kicked off their 2017 with a killer two-day run of shows at the beautiful Waterfront Park, Saturday & Sunday, March 4th & 5th – and the weather did its part to mostly hold up amidst cloudy skies.

The first of two CRSSDs to take place this year (the other will happen in October), the festival brought headline sets from Aussie producer Flume and England’s Duke Dumont. On the undercard, the festival continued to do what it does best: shine a light on dozens of electronic producers and DJs who are still left-of-mainstream and far from the EDM cheese that proliferates many electronic festival lineups.

Flume is about as mainstream as the festival has ever gotten on the top line, but he brings such a high level of musicianship to his set and a production to match it that he’s accepted by the hardcore electronic fiends that attend CRSSD every year. His main stage set was far heavier of a crowd than last March when Chet Faker closed out Sunday. Highlights for me during his set were his remix of Lorde’s “Tennis Court,” where he sprinkled in a verse from his smash “Never Be Like You” from his latest album Skin. He mixed things up really well, playing bangers like “On Top” at key moments to keep everyone’s energy up.

I couldn’t really say I enjoyed Duke Dumont’s closing set on Saturday as much. Admittedly, house music isn’t necessarily my wheelhouse but I enjoyed Duke Dumont last year when I saw him play a Governors Ball after-party. His set was just a little too monotonous for me, he didn’t mix it up enough, and it was just a little too low energy for what the crowd seemed to be looking for. People were bobbing their heads but not really committing to it the way they did to sets from other performers. 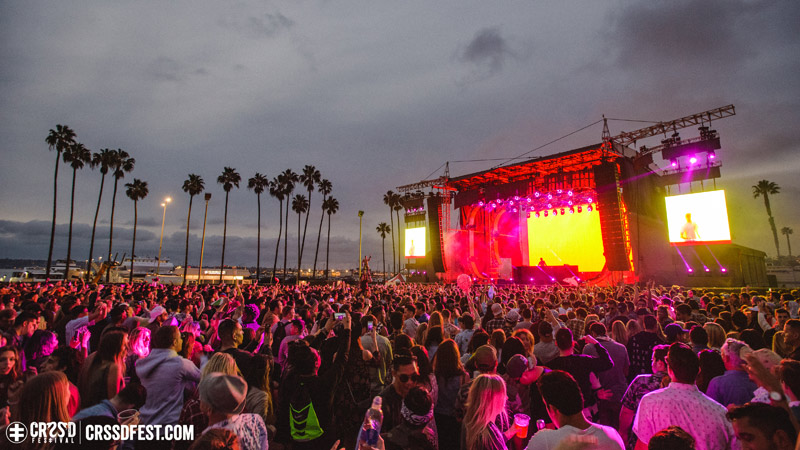 The other thing about CRSSD Fest that is special is it makes electronic music accessible to everyone. I don’t pretend that it is my primary genre of focus, and when I asked people questions around me about the different DJs I saw, they were kind enough to educate me on what I was seeing without sounding like elitists.

Speaking of accessible, you don’t have to look any further than the 63 years young woman named Terese that I spoke to. When I walked into the festival the first day a little after noon, I saw this lady dancing her heart out at the Palms stage during Boys Don’t Disco B2B Paul Najera. The next day, I saw her dancing at the City Steps stage during Peggy Gou’s jamming set and decided I had to talk to her. She heard the festival last fall while she was going for a stroll and told herself she’d check it out the next time around. She said she stayed at the fest until about 7 PM the first day and when asked if it is her style of music she said, “It is now.” Being able to take electronic music away from the clubs and bring it to an open-space area as nice as Waterfront Park is a huge win for everyone.

This is Terese. She’s 63 years young and discovered @crssdfest when she walked by six months ago and could hear the music. She’s been dancing nonstop the last two days, even with a knee replacement. #GrandmaRave #crssdfest #crssd2017 #musicfestival 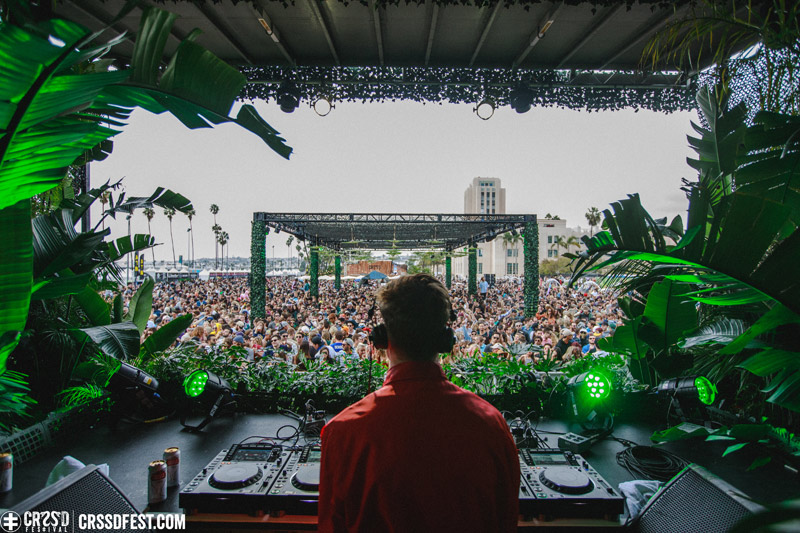 On the first day, I really enjoyed a lot of the sets I caught earlier in the day. Rad Cat was a local San Diego producer performing his first-ever live show, and he read the crowd really well. You could best describe his sound as sort of having a pop-house vibe to it. Main-staging a festival early in the day is no easy feat and he crushed it.

Up next on the main stage was teenaged rising pop songstress Billie Eilish, who told the crowd it was her first festival. She said she was sick as hell but you couldn’t tell by how gorgeous her voice sounded. She had a lot of swag. Aside from her known songs you can hear on Spotify, I really enjoyed this savage song she performed about breaking up with someone in a fucked up way. Her songwriting is ahead of her years and it is only going to get better. 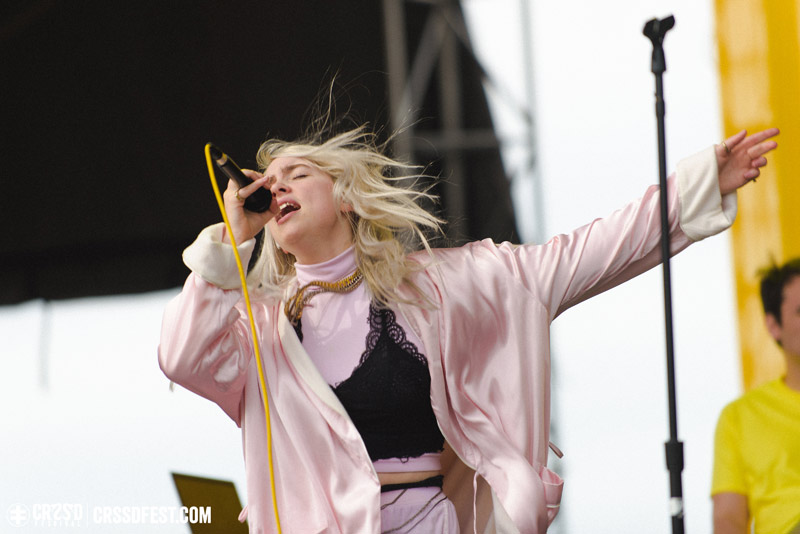 KCRW’s Jason Bentley spun a really funky set that had people moving on the Palms. Wax Motif later delivered a killer house set at the same stage. Tensnake’s set at City Steps was very dance-y the time I was there.

One set I was really looking forward to was AlunaGeorge. I’d seen her perform before and for some reason, she didn’t have the full band setup with her at CRSSD. She still crushed it on the vocals, but there’s something a little underwhelming about seeing her perform to a backing track rather than with other musicians on stage.

Bob Moses solidified their standing as a rising down-tempo act in electronic music. They brought their full arsenal and proved to be a really good appetizer before Duke Dumont closed things out the first night. 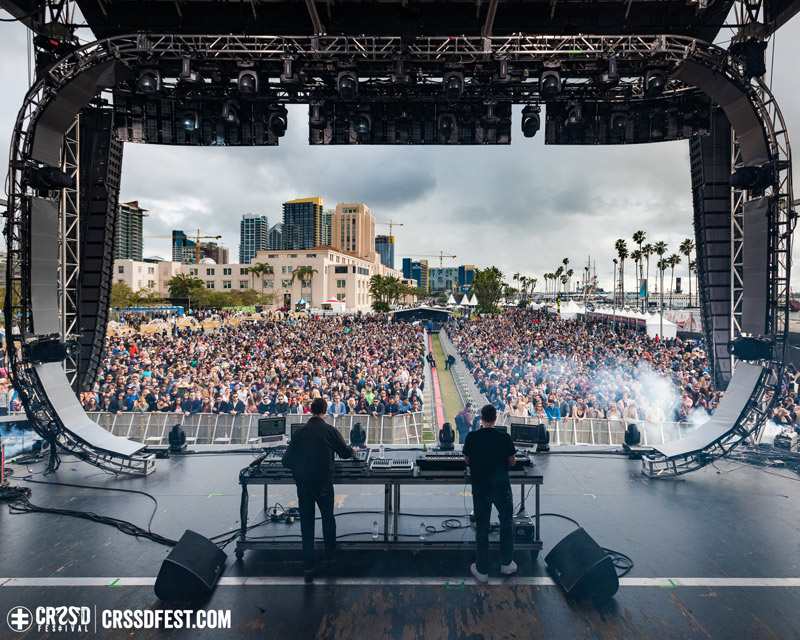 Kasbo was the first act I caught Sunday. The 21-year-old Swede dropped killer samples of “Trap Queen”, CHVRCHES’ “Empty Threat”, and M83’s “Midnight City”, and really had the crowd going – impressive given how hard they probably went the first day.

Minimalist electronic producer Elderbrook really wowed me with his vocals. I caught bits and pieces of Dusky and Cut Snake before grabbing a bite to eat and heading over to Snakehips. 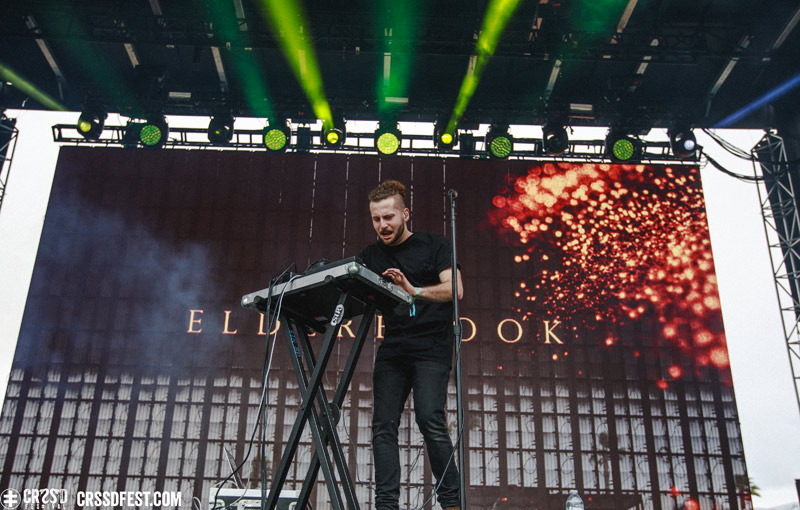 Snakehips had one of the largest crowds of the weekend, no doubt buoyed by their smash hits “All My Friends” and their latest single “Don’t Leave”. The former was a song that saw groups of friends huddle up and sing along, and the latter was the heartstring tugging jam that is my ‘Song of 2017’ so far.

Marian Hill brought their sultry electro-R&B grooves to the main stage as a great lead-in to Flume. The use of saxophone was fantastic; the guy with the pipes really killed it on a couple of solos. Vocalist Samantha Gongol brought a ton of poise to her performance and everyone around me really dug their baby-making jams.

Overall, it was a killer weekend and CRSSD continues to cement themselves as one of the best-booked, least-douchey electronic festivals in the country. They managed to sell out the festival in terms of selling all the tickets – but they have gotten to this point without selling out their souls. 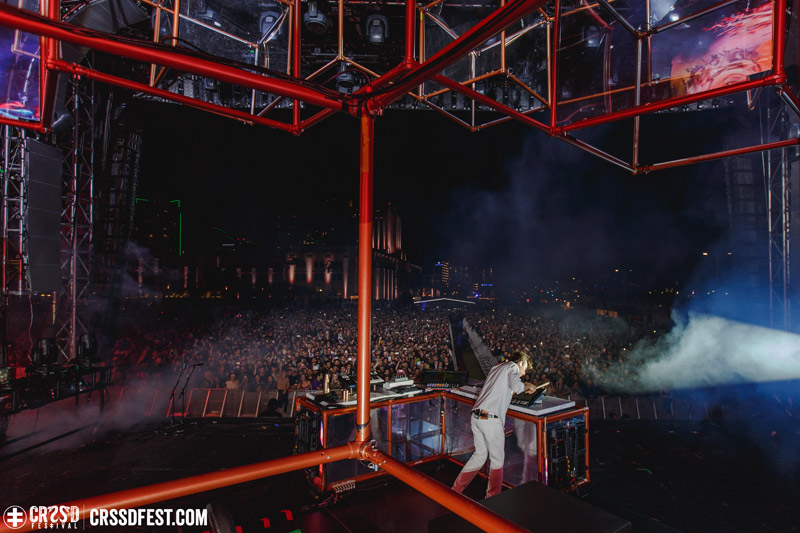