<img src="http://www.qromag.com/wp-content/uploads/2011/09/crystalfighterssep14.jpg" alt="Crystal Fighters : Live" />London was heavy with anticipation as the stage at Sheperd's Bush Empire was set up for Crystal Fighters. ... 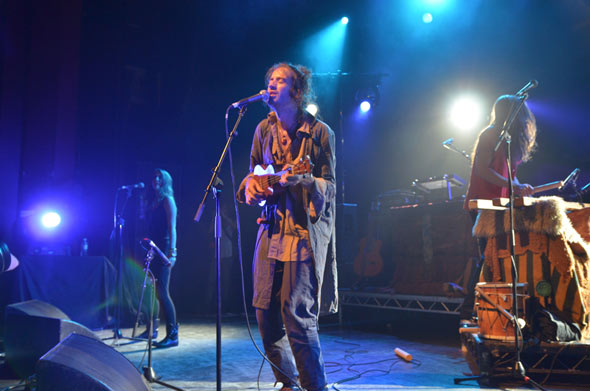 Shepherd’s Bush Empire in London was heavy with anticipation as the stage was set up for Crystal Fighters on Wednesday, September 14th.  Despite a couple of false starts due to technical hitches, the audience was undeterred in their enthusiasm, and erupted into woops and cheers when the band finally emerged. 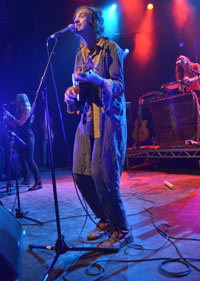 At points there were shades of stadium rock, but the pounding drums and prominent guitar were eventually undercut by the bands trademark percussion, samba beats and electronics.  Crystal Fighters injected the evening with fiesta vibe, never relenting in the bohemian energy they give during live performances.  Frontman Sebastian Pringle only broke in between song to thank the crowd and encourage them to dance more.  The sound was incredible, as although the songs work well on record, they are fully intended to be performed, especially to an audience as enthusiastic as this. 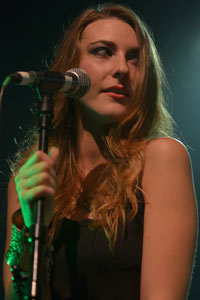 Normally, there are a few ups and downs in gigs; the crowd usually has a bit of a break during slower songs to stop dancing and take pictures on their phones.  But no such luck here, energy levels were at an incredible high throughout, girls on their boyfriends’ shoulders in the stalls, and very few seats being used in the balconies.  Even during the slightly slower “Swallow”, everyone was on their feet and enjoying the carnival atmosphere.

“Solar System” and “Plage” were particular highlights as was, of course, the geographically appropriate “I Love London”.  And the finale of “Xtatic Truth” with lasers firing in all directions finished the set perfectly with a highly appreciative audience still singing, humming and dancing as they left the venue.  Crystal Fighters profess how much they love London, and London clearly loves them right back. 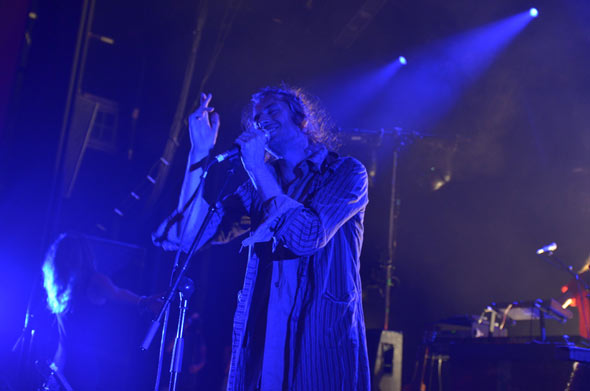 The Muppets : The Green Album