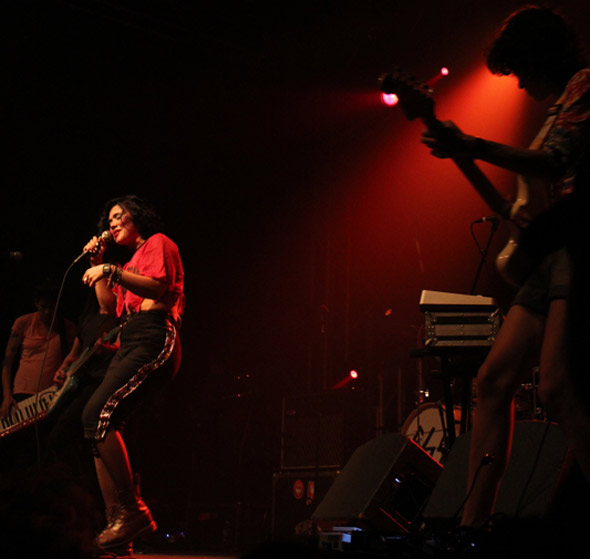 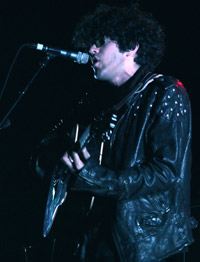 A packed house ready to dance arrived at Granada Theater in Dallas, Texas on April 22nd for a bill containing Bosco Delrey, Sleigh Bells, and CSS.

Bosco Delrey’s set seemed out of place with the high-dynamism of Sleigh Bells and CSS.  Nothing more than a laptop and guitars were placed onstage.  His relaxed mix of psychedelic rock and electronic music was a departure from a night full of intense lighting and music made for body movement.  There was a surprising amount of people already there, since the Granada crowd tends to show up solely for the headliners. 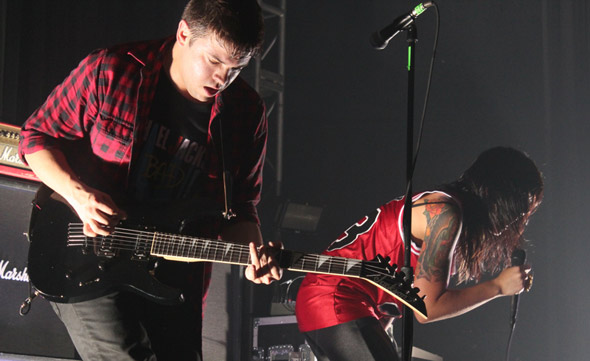 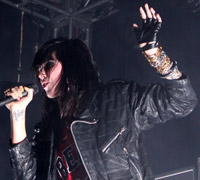 Sleigh Bells made a comically epic entrance by using a remix of Black Sabbath’s “Iron Man” as their intro.  Strobe lights and dark, mysterious lighting were abound, and often caused guitarist Derek Miller to be half-hidden in shadows (which was undoubtedly the intent).  Vocalist (and occasional screamer) Alexis Krauss was a fiercely dynamic performer.  Unlike many female singers, Krauss was aggressive yet had the whole audience in the palm of her hand.  Combating the in-your-face tone and pulsating bass was the pop aspect.  They are one of those bands that have the audience in the odd circumstance of deciding whether to head bang and mosh or dance.  That mix is what has attracted different types of music fans to a young band whose buzz has grown exponentially in the last year.

After the powerful electro punch of Sleigh Bells, the crowd actually became smaller.  Brazilian act CSS tried their best to overcome the obstacle, but it was obvious that Sleigh Bells should have been the top-billed band.  CSS singer Lovefoxxx was a lively force for the band’s upbeat indie dance rock.  Though their blending of electronic, dance, and indie rock is not all that unique, there’s an infectious chemistry onstage that spreads to the audience.  Lovefoxxx’s interaction with the audience broke the barrier between musician and fan.  The most-loved moments were when CSS performed singles such as “Alcohol” and “Music Is My Hot Hot Sex”.

Hopefully next time the crowd will stick around.  It’s their loss if they don’t.