Since 2016’s luscious and lauded 'This Is Our Vice', Cub Sport has shed many heavyweight spiritual skins.... 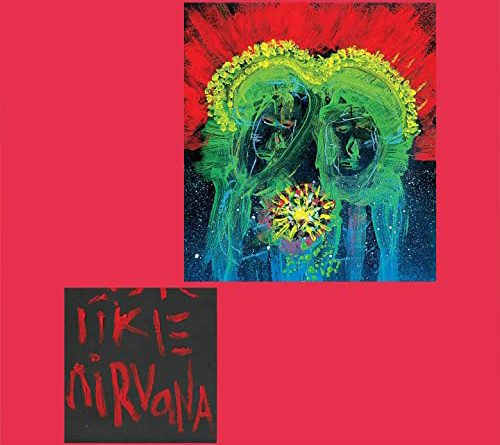 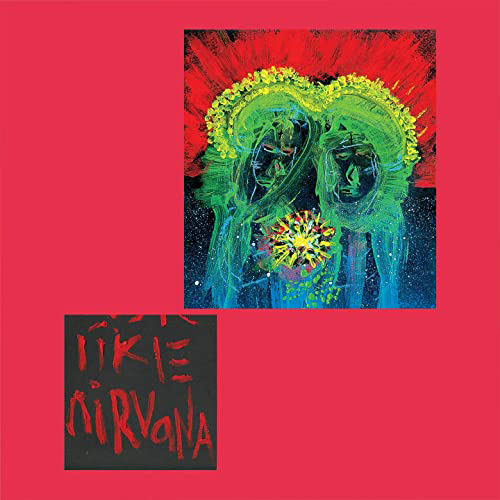 Since 2016’s luscious and lauded This Is Our Vice, Cub Sport has shed many heavyweight spiritual skins. Comprised of vocalist Tim Nelson, keyboardist and guitarist Zoe Davis, keyboardist and vocalist Bolan Netterfield, and drummer Dan Puusaari, this band got born the old-fashioned way – from the shared experiences, talents, and aspirations of a group of exceptional people who understood one another. Having been committed friends since high school, and bandmates for years, Nelson and Netterfield spent eons nursing an unseen and powerful love for one another, drip-fed by distances physical, psychological, and social. Both labored under a profound hesitation preconditioned by straitjacketing religion. The capacity and excellence of the first album is a testament to what a brilliant set of minds can generate, even out of materials shot through with something as crippling as shame aversion.

As a result of the slow yet increasingly welcome breakdown of those damaging patterns, 2017’s Bats is a cinematographer’s dream of one besotted billet-doux after another, playing lyrical mailbox tic tac toe with a truth that was already audibly seeping in sly ways – a play in search of characters. Halfway through the writing of this second offering, both Nelson and Netterfield came out publicly, claiming their true selves (and one another) in a polymathic fell swoop that rightly crowned them princes of the repressed and voiceless, as well as garnering Cub Sport a more ravenous portion of the global attention they had always richly deserved. Along the way, Nelson and Netterfield unintentionally became the vox pop of the much larger conversations surrounding Australia’s unfathomably recent legalization of gay marriage. This might have proven an insuperable burden for a lesser band. Cub Sport has turned it into a humbling and inspirational trouvaille.

Bats still very much feels like the appropriate soundtrack to a rave rendition of fellow Australian C.S. Pacat’s Captive Prince book series, or how you might talk if you had been driven right out of your mind but you didn’t actually have that far to go. Visual merchandising being what it is in the post-millennial vacuum of vapidity, it never hurts when the tortured lovers in your band each have cheekbones you could hang a hat on. Indeed, every member of Cub Sport could just as easily be imagined walking a pearl-encrusted runway for Heidi Slimane as frolicking with a pack of whippets in a silver birch forest, interchangeably.

Fracture and reinvention sagas are not uncommon in the Flemish tapestry that is the history of rock-n-roll. What is virtually never-heard-of is a story wherein the anomie of real amour gets turned into hypnotic, endoscopic sounds on which full paradigm shifts for the lovers in question (and even people they’ve never met) get founded. Tim Nelson and Bolan Netterfield are holistic shape-rhymes of one another, and it is obvious even from the way that they look at one another that they are each other’s chief armorer as well. An oscillograph possibly, but never an adjective, could serve to give some accurate description of their shared energy and the way it exchanges within all of Cub Sport’s music, but especially in Like Nirvana. This record is elven, elegant, and gorging on the freedom to be.

The transformative and awe-inspiring aspect of Cub Sport’s trajectory is that the unedited before and after of such an inter-band connection has been so eloquently captured. It may be the only place in rock history where that is true – remember, as much as there is to adore about Tusk, it didn’t exactly tie up all that was going on in Rumours, did it? Listening sequentially from This Is Our Vice to Like Nirvana you can see as well as hear every cobblestone in the journey from self-acceptance to self-love that has so defined Cub Sport’s career. If their eponymous third album was so-named because it exhibited the sonic landscape on which they finally stated their inner truths, Like Nirvana is where they solemnize their vows.

It says much that the only melodic comparisons or musical reference points that can provide any relevant preview of what this band sounds and feels like are all bona-fide legends. You will find Eurythmics in the spoken word lyricism and in Tim Nelson’s preternatural way with vocal modulation, sounding very like Annie Lennox leading a choir of low-register angels. Good luck finding another contemporary singer in any better or more absolute command of both his chest and head voice. There is Pet Shop Boys, but make it passion! Erasure and M83 are picnicking together here somewhere too. The indelible mark of Marc Bolan and T. Rex is also palpable far beyond Netterfield’s adopted moniker, or the boys’ forays into seductive stitch witchery.

“Like Nirvana” is also an apt allegorical metaphor for Cub Sport, not just the title of their latest release. They embody the eastern philosophy of soul enlightenment down to the widgets, and they also make those of us who were there in the early ‘90s remember that it has been just about ten cascading lifetimes since we’ve had a band this cool that could matter that much. Kurt Cobain is upstairs smiling approvingly at their authentic moxie, to be sure.

Some records are about miles; Like Nirvana is about millimeters. The tiny spaces that can so incomprehensibly separate us. The miniscule metric units that make us. It awards a forensic attentiveness to the texture and tension that comes with a love in full slake, the tangible happiness Nelson and Netterfield have clearly harvested since getting in the pink with who and what they are, to themselves and to one another. There is a call and response vocal element, one intoxicating boy the echo in the forest to the other. In the subsoil of the discourse there exists a swirl of sonic artifacts of their romance, sweet as peach ceviche, ornamented with a host of compressed kinetic properties that seem to animate every chord change.

There is also much evidence of a central, bespoke gravitropism coloring this whole record – Cub Sport the band and Nelson/Netterfield the couple have both visibly grown in accordance with one another’s energetic fields, and the music has benefited immeasurably from that. With this new record, the delphic worldlings have let the listener into their low-lit lapidarium with a kind of luminous vulnerability that strains credulity. The songs of Like Nirvana evince not just private pacts between these two combustive lovers, but also an equally heartfelt conversation between the band and we voracious listeners. Cub Sport’s characteristically elapid lyrics are the flying serpents guarding Nelson and Netterfield’s sacred incense groves. One feels almost voyeuristic even to listen, but it is only ever a gilty pleasure.

Tracks like “I Feel Like I Am Changin’”, tinseled with its tide pools of tranquility and testimony, are reminiscent of another great ode to a larger-than-life real love story – the shivery “Negative Capability”, a symphonic étagère composed by Mark Bradshaw for and to his then-lover/now-husband Ben Whishaw, at a time when Whishaw was playing none other than John Keats in Bright Star. A song about legendary lovers, originating in the biographical love story of more modern legendary lovers is exactly the kind of meta mise en abyme that Cub Sport’s honest approach to their music and themselves now effortlessly fosters. Layers of mesmerism.

Be warned, these songs will wrench out your inner arsonist and help you strike the match on any wrongful ways you have been viewing yourself up to the moment of your skirmish with them. With a performance this rife and an album this inherently solid, even flagging certain songs as standouts feels as wrong as picking favorite children or pets. There is nothing whatsoever to miss here. “Drive” is a verbal disrobing, sheltering unforgettable lyrics like “I’ll grow my hair just to let it down” and “I still can’t believe you give a damn about me.” “Nirvana” is a night bloomer, the aural equivalent to alien florals and housing the telling mantra, “Free my body from my mind.” “18” gets the ribbon for most accurate descriptors of where this livestream will leave you: “I’d die happy even if the music’s sad.” “Break Me Down,” a track that features the enduring stylings of Mallrat on the record, may be the lyrical apotheosis of the album’s sweeping purpose and undercurrent with its immersive refrain, “You’re so perfect that it’s hurting me.”

If you have a partner, you are now set for mood music for all foreseeable anniversaries and Valentine’s Days. If you do not have a partner, Cub Sport valiantly stands in and says everything you thought no one ever would. This live performance takes place on some sort of hyperreal astral plane. The band keeps whatever parts of you ascend to that level forever, taking your best self with them on the black-flagged ship of buckshee catharsis. Don’t worry, your hearts and parts could never be in better or more steady hands. You won’t want them back.