One of the great things about Lollapalooza is the after-shows, like Culture Collide's.... 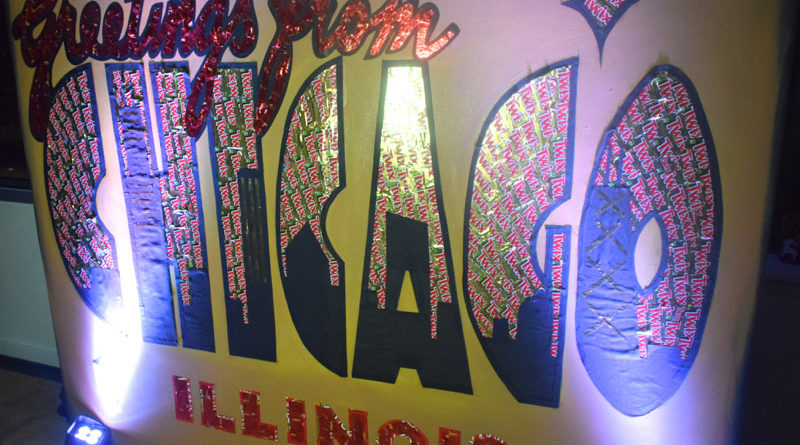 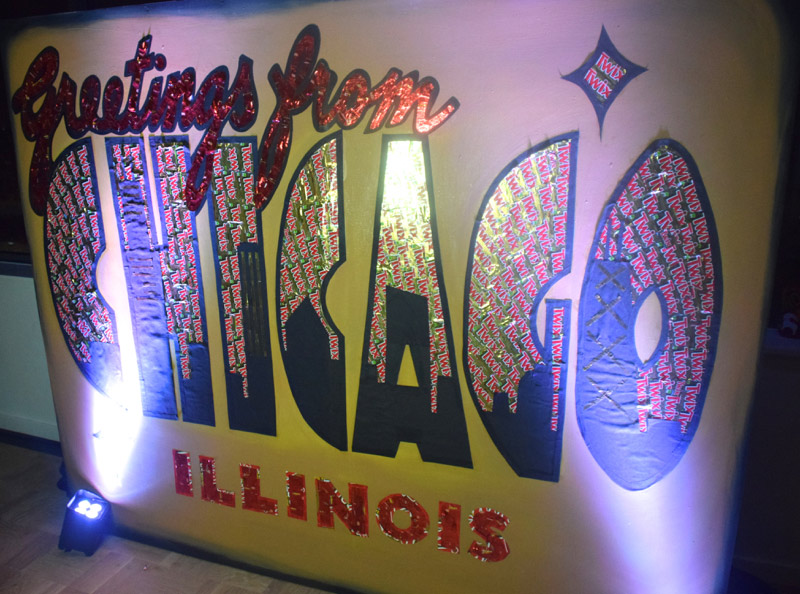 One of the great things about Lollapalooza is the after-shows. Being a city festival, and not located out in the boondocks where ordinary people have to camp while the rich rent all the too-expensive places nearby (looking at you, Bonnaroo & Coachella…), there are ample places for acts to play outside of the event (plus the festival has to end early due to noise limits, so time to play not conflicting with the event itself). And Chicago’s a big city, with lots of venues, plus spaces that can be used for concerts.

However, the ‘official’ after-shows (the ones sanctioned by Lollapalooza to use artists from the festival) are ticketed, and are either undercard acts that you can catch during the day at the festival, great-but-pricey shows by big-but-not-headlining artists (such as Tegan & Sara’s at Park West – QRO review), or intimate ones by major acts that you either have to buy as soon as they’re announced or be super-VIP (Arcade Fire, Blink-182, Chance the Rapper…). But bringing some nice free events has been Culture Collide, who had two at Lollapalooza 2017, Thursday, August 3rd, and Saturday, August 5th. 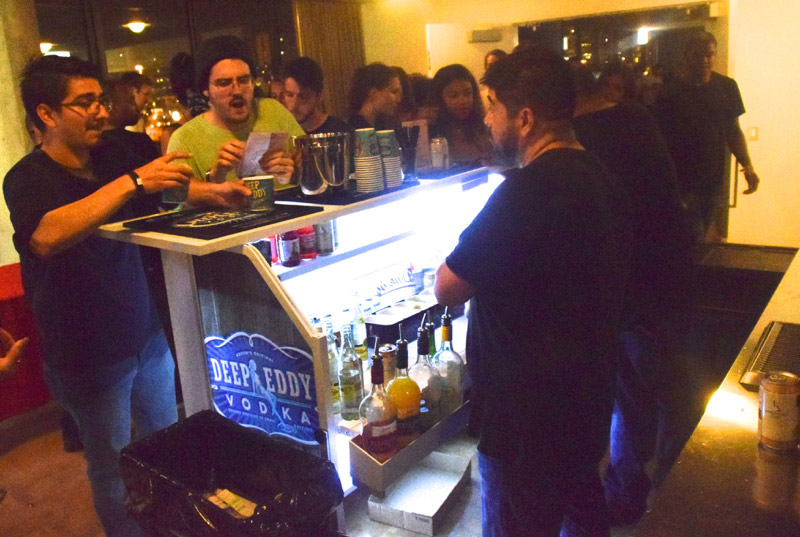 Of the two, the major in-demand one was on Thursday night. Partly, that was due to the nature of the evening, as a storm forced Lollapalooza to close early that night (QRO recap), so people were able & willing to go early to Ace Hotel Chicago. It was also the space, not exactly a big one, but a classy one. Oh, and there were free drinks – and free Twix, a repeat sponsor from last year’s Culture Collide event (QRO review – unlike another 2016 sponsor, cable channel Pivot, which shut down). The headlining act was Mac DeMarco, who always brings wild fans, along with other wildsters Biz Markie and Twin Peaks.

Whatever the reason(s), there was a huge GA line outside of Ace Hotel, stretching down the block [your correspondent’s Lyft drive was impressed]. But your correspondent got VIP and bypassed that, sharing that with those who shared his elevator upstairs to the event, who revealed their own GA status and jokingly added, “But keep bragging…” Inside it was a tight but classy fit, with specialty sponsor drinks & beers, and a whole lot of Twix. Apparently the brand is pushing a dark chocolate ‘Dark Twix’ – this year they were also in force in the Lollapalooza press tent. In VIP there was also a table for high-end watch & leather goods company Jack Mason, though unfortunately those goods weren’t free… 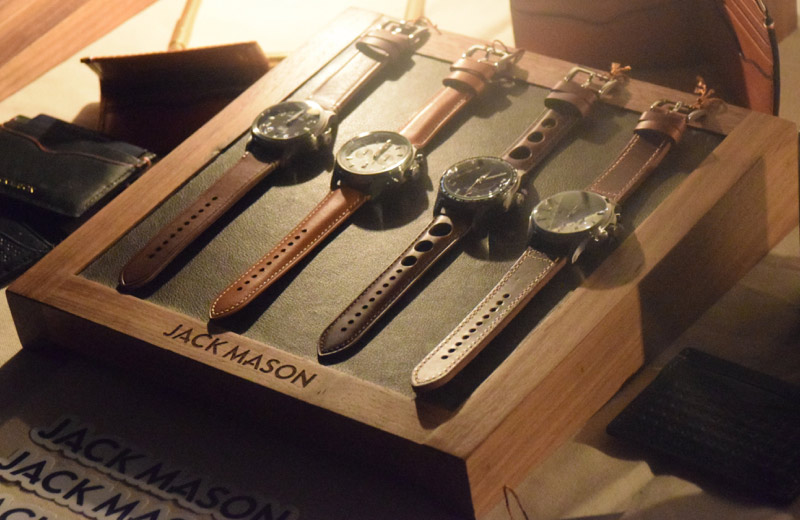 [also unfortunately, your correspondent had to leave before any artists played (for that Tegan & Sara after-show), but hopefully that opened up a spot for someone else in the at-capacity space] 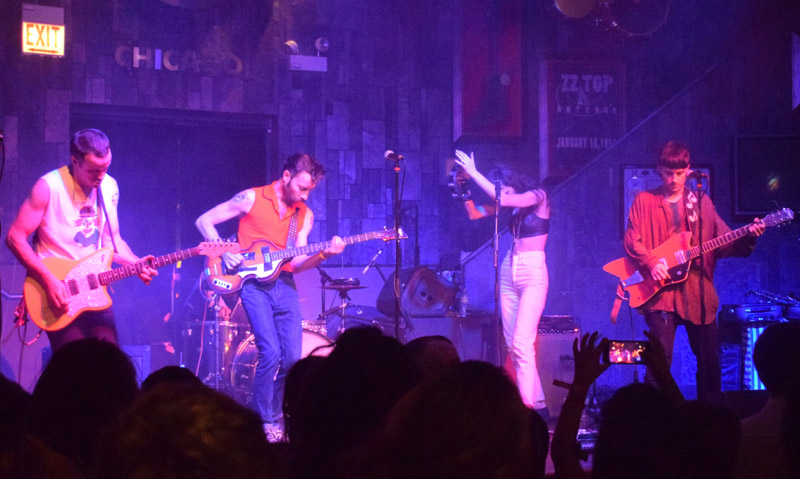 The Saturday night event at Hard Rock Café was not as maxed out. It was a Saturday evening, not a Thursday, so there were lots else in Chicago to choose from. And instead of up against a storm-shortened first day of Lollapalooza, it was the same night as local hero Chance the Rapper’s monumental headlining slot. Plus, no free drinks (and ‘only’ free Old Style beer in VIP – though also free food, if no more Twix…).

It was also a slightly odd place for a rock show, despite the name and purported identity of the place. Hard Rock Café is much more of a restaurant than a performance space, with expensive memorabilia on the walls and a high-livin’ rock ‘n’ roll feeling. As the headliners joked, “Are you ready to rock… hard?” before just saying it plainly, “Let’s just admit, this feels corporate…” 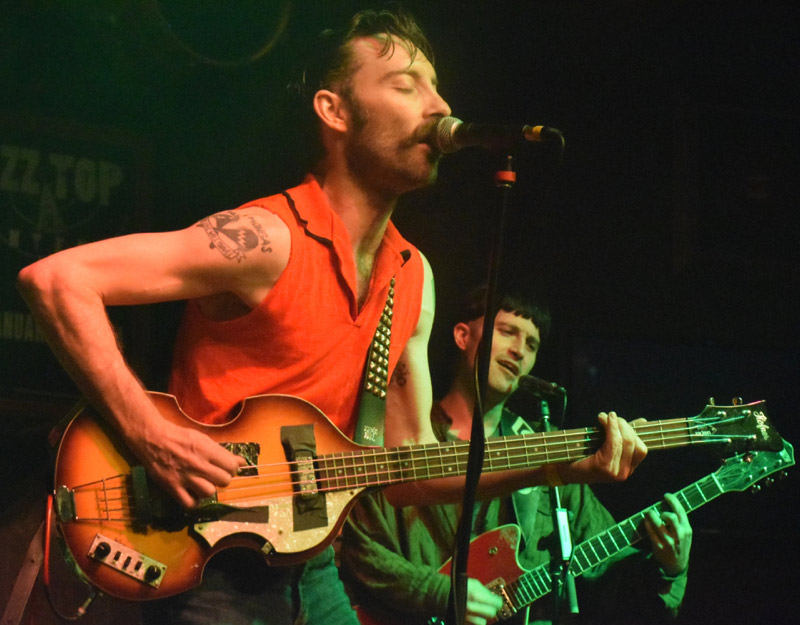 That headliner was The Black Lips, who are anything but corporate. After an opening performance by the also rocking Ponys, The Lips did not shirk from their signature wild ways, despite the setting. Okay, maybe people weren’t as drunk on cheap alcohol & there was no security-panicking mosh pit like in years prior (QRO live review), and the band is a bit older, but the group still delivered their fifties rock-meets-seventies punk-meets-twenty-first century garage, including a new female member, Zumi Roscow, who’d occasionally play saxophone or back-up vocals. 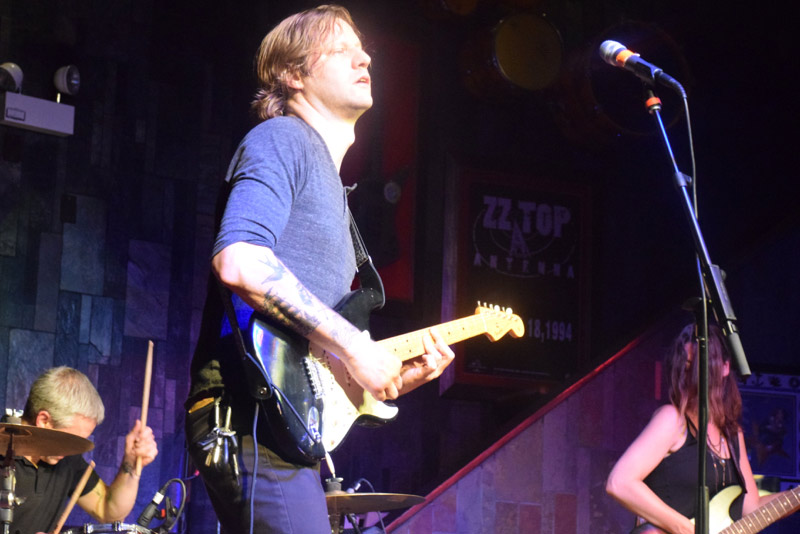 Lollapalooza suffers from the same curse as most festivals, where you’re energetic for the early, daytime acts that you’ve never heard of, but as worn down as the sun by the evening for the headliners that you paid the big bucks to go see. But if you can keep on keeping on, or just get a second wind, after-shows like Culture Collide’s can definitely be worth it (if you get in…).