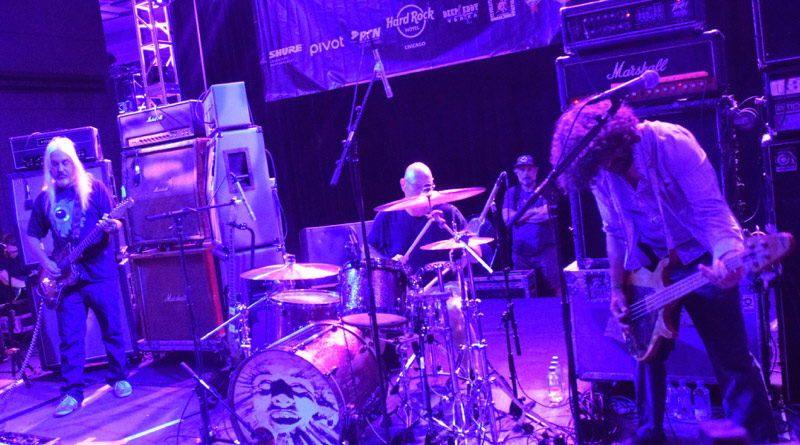 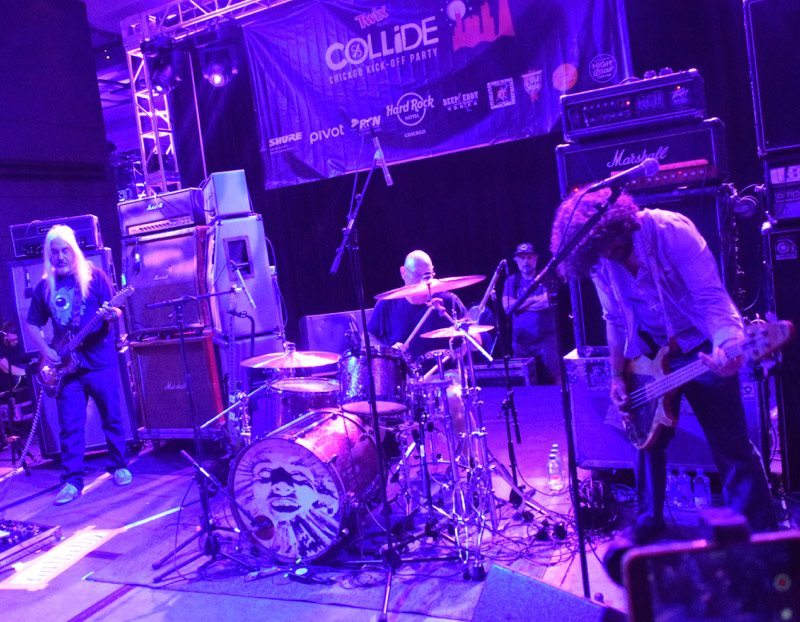 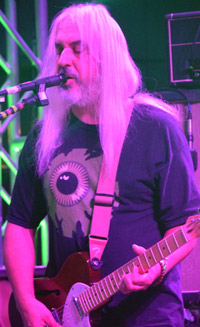 Massive in-a-city music festival Lollapalooza always brings a lot of after-shows, pre-shows, after-parties, and more. 2016 being its 25th anniversary, with now four days of the festival, Thursday-to-Sunday, brought even more extra events. One of the best was Culture Collide’s party on Thursday, July 28th, at Hard Rock Hotel with Dinosaur Jr and Ne-Hi. 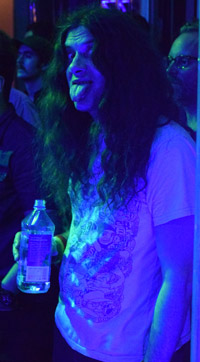 A ‘proper party’, it was at the classy Hard Rock Hotel Chicago, just a few blocks away from the actual Grant Park Lollapalooza. Coming off the new night, Thursday, which at Lollapalooza was understandably not as packed as the rest of the festival, it still drew a well-dressed crowd who looked nothing like the (self-described) “hippie-punks” of Dinosaur Jr. Actually, there was one person who fit: Kurt Vile, who had just played Lollapalooza earlier that day (QRO recap – and had previously opened for Dinosaur Jr, and played on Dinosaur singer/guitarist J Mascis’ solo record – QRO review), but he was in VIP – though was seen miming his fret hand while Dinosaur Jr played. 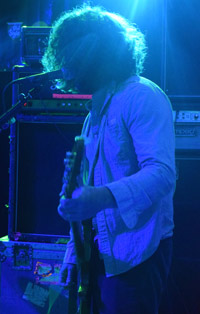 It was also a properly sponsored party, and not just from Culture Collide. Yes, there were alcohol sponsors who provided the whole event with free drinks, but more remarkably (if still less importantly), candy bar Twix was a sponsor. There were signs on the floor asking if you were ‘left side’ or ‘right side’, and lots of free Twix (your correspondent may have had too many – drinks and Twix), which was unusual for any event – and special, because who doesn’t like free candy? Cable TV channel Pivot was also a sponsor, which mean ads for the second season of the excellent BBC series-set-in-Svalbard Fortitude, this season with Dennis Quaid (though don’t you kinda wish it was with Randy Quaid?…) 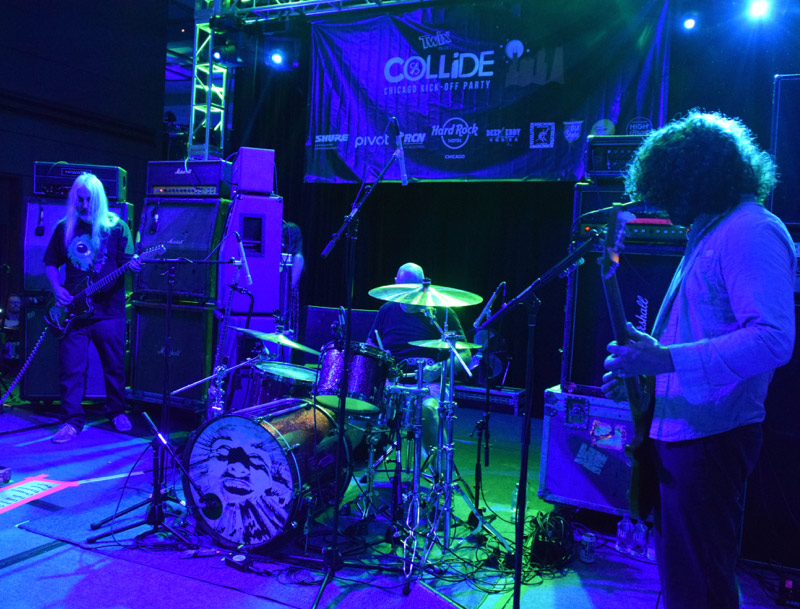 Click here for photos of Dinosaur Jr. from this show in the QRO Concert Photo Gallery

After an opening set by Ne-Hi, of course Dinosaur Jr totally rocked the place. Hard Rock Hotel Chicago’s actual stage area was as classy as the rest of the place, which fit the crowd, but was a little weird for the hippie-punks from Amherst. The set list had both old songs, reunion songs, and new songs (from their upcoming Give a Glimpse of What Yer Not, out the following week). It included from freshman album Dinosaur (back when they didn’t have the no-period ‘Jr’) piece “Forget the Swan” as closer to early hit “Freak Scene” right before, to popular songs – from after bassist Lou Barlow and even drummer Murph were kicked out by Mascis in the nineties – such as “Feel the Pain”, to brand new “Goin Down”. Hell, they even did a song from Barlow & Mascis’ pre-Dinosaur band Deep Wound, “Never Went To College” (ironic, because they met/formed in the college town of Amherst).

It wasn’t exactly a “Freak Scene” (did anyone but your correspondent shout the crowd line, “It’s still you!”?…), but it was great to have a great band play a great bonus for a great festival (thanks to some great sponsors).