Cursive : Live at House of Vans

<img src="http://www.qromag.com/wp-content/uploads/2012/08/cursiveaug16.jpg" alt="Cursive : Live At House of Vans" />House of Vans is still going strong in the dog days of August thanks to acts like Cursive. ... Despite it still being the dog days of August, a lot of New York’s great free concert series’ seasons have ended.  Downtown’s River-to-River only made it June-to-July (thanks a lot, Wall Street economic collapse…).  Celebrate Brooklyn! at Prospect Park Bandshell (QRO venue review) closed with Lyle Lovett (QRO photos), while Central Park SummerStage (QRO venue review) is back to just ticketed shows.  RiverRocks on the new Pier 84 (QRO venue review) ended with Grimes (QRO live review) – and the McCarren Park Pool Parties (QRO venue review), even the ones at Williamsburg Waterfront (QRO venue review), are long gone.  Which is why it’s great that Brooklyn’s House of Vans is still going through August, including a great show by Cursive on Thursday, August 16th. 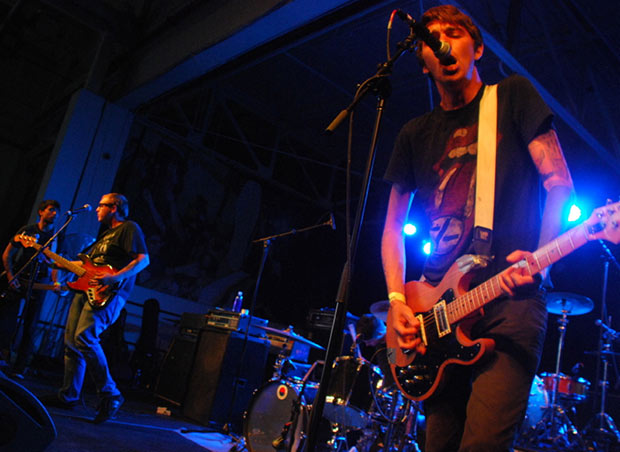 In addition to shortened seasons, hipsters always complain that the free concert series aren’t as good as they were last year, and sometimes that’s the case – Pool Parties at McCarren Park were better than at Williamsburg Waterfront (and the ones at Williamsburg Waterfront were better than today’s none at all…), and River-to-River has dropped its Fourth of July show at Battery Park (QRO venue review) and now even Thursdays at next door Castle Clinton (QRO venue review) – but RiverRocks’ new Pier 84 is better than the dilapidated old Pier 54 (QRO venue review).  In its second year (and at least it returned, unlike one-and-gone summer events such as 2010’s ‘Gone To Governors’ on Governors Island – QRO venue review), House of Vans stayed in the same ‘House’ (QRO venue review), though an incident the previous year has limited the free drinks to a cordoned-off outdoor section & VIP (neither of which let you see the stage).  But the line-up, which had previously been kind of all-over-the-place, has more congealed, at least night-by-night, from the hipster electronica of opening evening with The Rapture & Tanlines (QRO live review) to the punk of H2O (QRO photos) & 7 Seconds (QRO photos) at the following event.  And the 16th had the better, more accomplished sort of punk rock. Admittedly, the evening started with the hardcore of Joyce Manor – you could tell what kind of band they were from their very first thrashing note.  Love As Laughter slowed things down, though perhaps a bit too much, for a good, if not highly interesting set.  Thankfully New Jersey’s own Titus Andronicus then kicked up more than just one notch.  Once you got over lead singer Patrick Stickles having shaved his beard (QRO photos with beard) – the biggest beard-shaving since Matisyahu (QRO photos with beard – QRO photos without) – the group delivered the strong punk that they’re known for, youthful without being sloppy-young, honest without being preachy, awesome without being not-awesome. 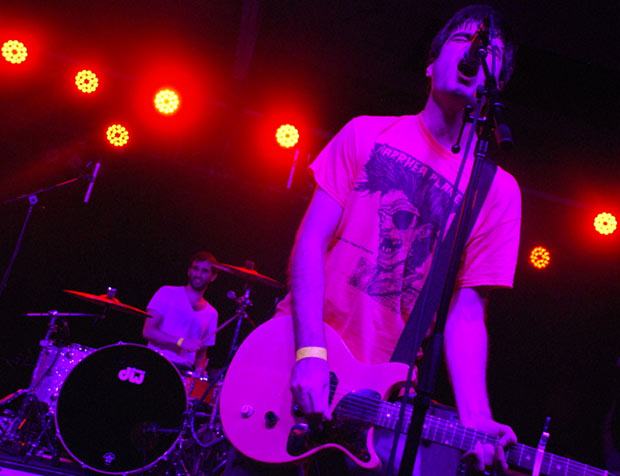 The only problem with Titus’ set?  The free beer ran out during it.  This year as last, House of Vans deliberately runs out of free beer before the evening is over, but the booze usually makes it to the final band.  Yes, there was a huge crush of people to get that beer, but there always is at House of Vans – and while getting through that crush to get your beer (and they don’t let you take more than one, or even hand one to a friend behind you) can be awful, it actually doesn’t take that long – it just feels like it… 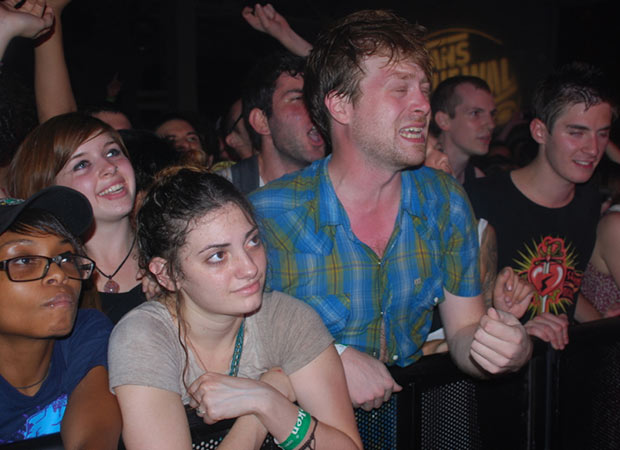 Though the beer-crush on the 16th did seem worse than usual – apparently Brooklyn’s bro-skaters have found out about the drinks, and are just there for them; it can really throw off hipster regulars who are used to dealing with skinny white kids in skinny jeans, now having to contend with beefier fellows.  Thankfully there was no incident in the beer line/crush, though one bro hanging out next to the beer table was later seen with a bloody face – but this was well after the free beers had ended.  Though even free drinks in VIP were over during the start of the headliner [maybe they shut down all alcohol after an incident]… 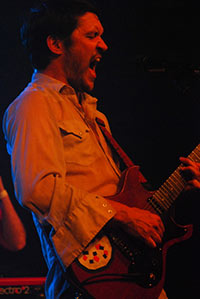 Last year at House of Vans, the line-ups often seemed that the band with the biggest draw was not the headliner (though the free beers ending before/during their set no doubt had something to do with it) – the final House of Vans ’11 show saw definitely a bigger crowd for ostensible opener Against Me! (QRO photos) than for ostensible headliner Tokyo Police Club (QRO live review).  However, there was more of an overlap in fans between the acts on the 16th of 2012, and Cursive still had a strong crowd – that were there for them.  The Omaha band has never quite broken through to being as big as their early single “Dorothy At 40”, but have kept going with solid album after solid album, and have steadily built a strong fan base.  At House of Vans the group mixed-and-matched between all of their discography on their set list (QRO photo), from the open with “Drunken Birds” off their latest, I Am Gemini (QRO review), which was still the most-played of all the albums, through previous records Mama, I’m Swollen (QRO review), Happy Hollow, The Ugly Organ, and Domestica (though none from nineties records The Storms of Early Summer: Semantics of Song and Such Blinding Stars For Starving Eyes).  The group of veterans are probably in their forties themselves by now, but still played all of their material with energy and enthusiasm (and yes, there was crowd-surfing…) – including their encore return of “Dorothy At 40”, with singer/guitarist/frontman Tim Kasher delightfully acting out as he has always done.

House of Vans‘ season goes to one more date next week, Wednesday, August 29th, with Norwegian punks Turbonegro (QRO live review) and hopefully Baroness (who had to cancel their European dates after a bus crash, but no word yet on their House of Vans date – UPDATE: Baroness had to cancel their House of Vans date).  Cursive will next be hitting up Los Angeles’ FYF Fest over Labor Day Weekend, then touring seemingly everywhere in the United States, September through November (bands from Middle America know how badly folks outside of NYC & L.A. need good live music…).  And this hot, hot summer will eventually end.  But Cursive & Vans made for at least one great dog day of August. 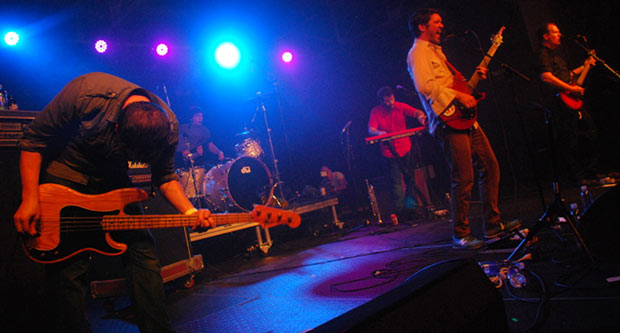 Anatomy of Habit – “After the Water”