<img src="http://www.qromag.com/wp-content/uploads/2011/04/cutcopyapr12.jpg" alt="Cut Copy : Live" />Given the current state of world affairs, sometimes checking your troubles at the door and engaging in a night of good old... 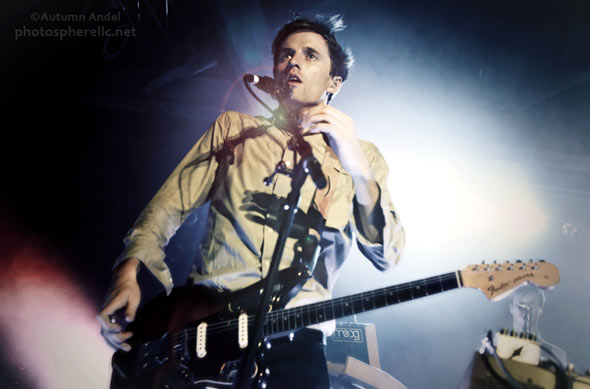 Given the current state of world affairs (political unrest, natural disasters, economic woes), sometimes checking your troubles at the door and engaging in a night of good old fashioned dancing is just what the doctor ordered.  Seattle’s Showbox SoDo is a former warehouse, which certainly looks as if it might’ve seen its fair share of dancing, decades ago when raves were all the rage.  The sold out crowd on Tuesday, April 12th was high on life… or was that something else in the air? 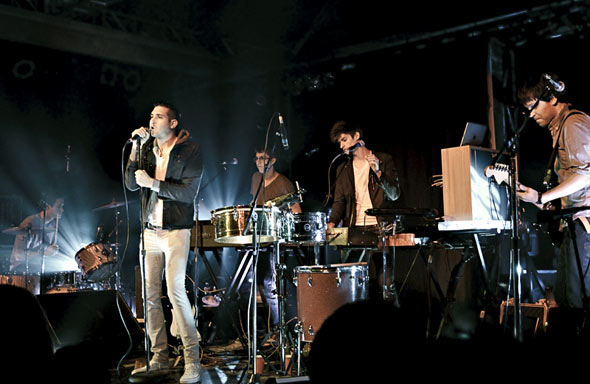 Click here for photos of Holy Ghost! from this show in the QRO Concert Photo Gallery 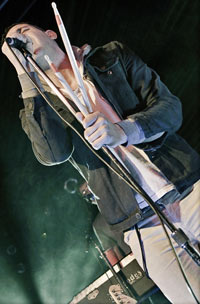 Opening act Holy Ghost!, who hail from New York, were the perfect complement to warm up the crowd for Cut Copy.  Lead singer Alex Frankel was sporting a pair of white jeans not seen since Dave Gahan wore them for the historic Depeche Mode 101 documentary in Pasadena circa 1988.  It’s hard to say whether or not many in the crowd were familiar with Holy Ghost! prior to the show, but the band did an excellent job of giving the people exactly what they were looking for – classic, electro/new wave inspired dance beats.  Now touring as a six-piece (Cut Copy’s lead singer Dan Whitford informed the crowd that at the start of the tour there were only four members) the band gave a solid performance.  Fans of Cut Copy should get behind Holy Ghost! 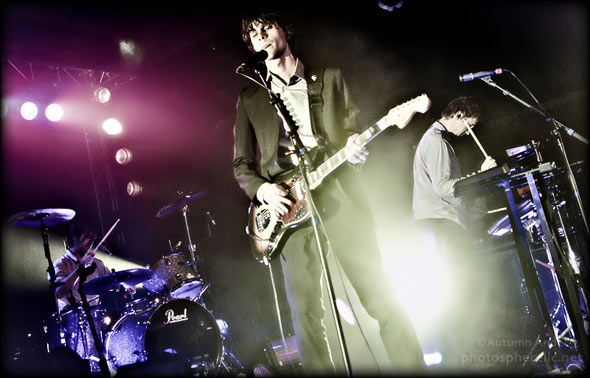 Click here for photos of Cut Copy at Wonder Ballroom in Portland, OR on October 9th, 2011 in the QRO Concert Photo Gallery

Cut Copy made their grand entrance in the center of the stage through a prop door.  Upon their arrival the ‘lights and music’ hit with full force.  The band chose to start the night with “Visions” and “Nobody Lost, Nobody Found” off of their much-loved second album, In Ghost Colours (QRO review).  The rest of the evening mainly alternated between this album and the bands newly released Zonoscope (QRO review).  Crowd favorites off of the new album were “Need You Now” and “Take Me Over”.  This show catered to various ages, from 19 to 39.  The only criteria was the willingness to dance, ability not required.  The sweat soaked bodies happily obliged Whitford when he ordered everyone to, “DANCE!!”  Butt shaking, fist pumping, pogo dancing, crowd surfing fans were elated to let off a little steam.  It was virtually impossible to stand still.  The band playfully interacted with the crowd and one another, seemingly having just as much fun as their audience.  Heavily electronic bands sometimes miss their mark in a live setting, but Cut Copy was en pointe from start to finish demonstrating why they are at the forefront of the modern synth/electro pop scene.

If Cut Copy’s goal was to spread a little joy and enable everyone to forget their troubles for a bit, they passed with flying colors.  Post-show it was back to reality all too quickly, as QRO’s photographer discovered someone had stolen her wallet along with $170.  But even that realization couldn’t erase the all too brief respite that was had from a night of full-fledged dancing.

Visions/Nobody Lost, Nobody Found
Where I’m Going
So Haunted
Corner of the Sky
Lights and Music
Take Me Over
Pharaohs and Pyramids
Saturdays
Hearts On Fire
Need You Now
Out There On the Ice
Unforgettable Season
Tags
Cut CopyHoly Ghost!
Categories
Concert Reviews
OLDER ARTICLE