Cut Copy & Washed Out suppressed the oncoming seasonal blues of one long rainy season in Portland. ... 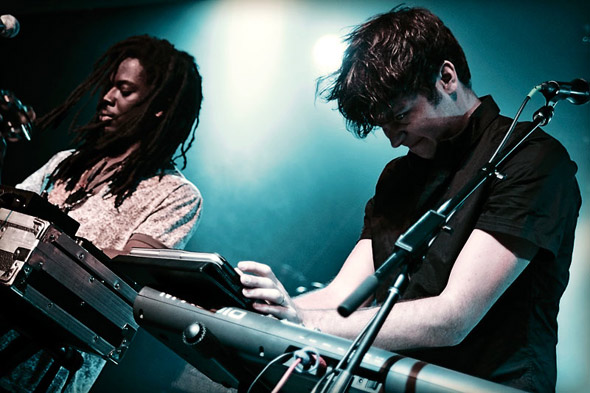 October – the start of one long rainy season in Portland… and what better way to suppress the oncoming seasonal blues than a Cut Copy concert!  Back in March, Portlanders had to drive three hours north to Seattle to catch the Aussie’s electrifying set (QRO review).  A half-year later, it was Portland’s turn to make the Seattle fans drive down to experience one of the best live shows of the year.  Tickets sold out weeks before and the guest list was three pages long.

Since the release of their third studio album, Zonoscope (QRO review), earlier this year, The Cutters (Cut Copy’s nickname) have racked up some serious frequent flyer miles.  Their mind-boggling omnipresence was perfectly exemplified on October 9th.  The Melbourne-based band woke up in Vancouver, flew to a private DJ gig in Vegas, arrived in Portland to take the stage on time at Wonder Ballroom, and then they followed their show with a DJ gig at Holocene.  Wouldn’t we all love whatever elixir they’re on…

Opening for Cut Copy this time around was Sub Pop’s latest acquisition, Ernest Greene (QRO interview), better known as Washed Out.  After playing around in his bedroom with a computer and releasing two EPs that put him in the forefront of the chillwave movement, the Georgia native’s debut full length, Within and Without (QRO review), moves towards to a more hi-fi territory with emphasis on songwriting and less on effects processing. 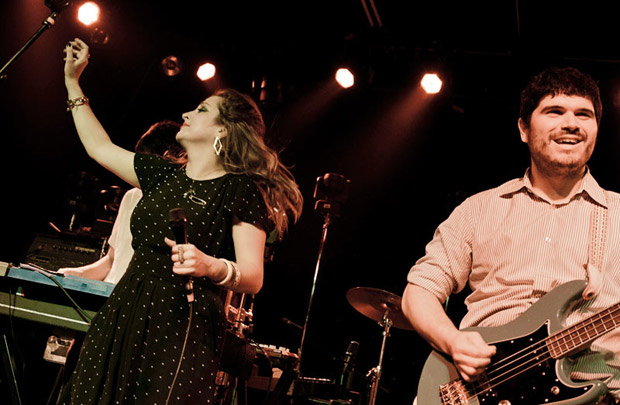 After the first opening band, Brooklyn’s Midnight Magic, warmed up the crowd with their funk and groove, the stage crew hauled in not one but three stands to hold up keyboards and electronic gadgets.  In the past, Greene braved the stage only with his computer; four musicians now accompanied him.  Having a real drum set and bass for his show certainly helped to cut through the synths that can get monotonous after awhile. 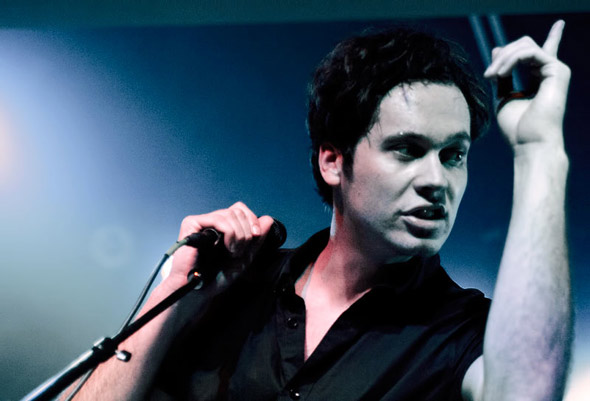 Click here for photos of Washed Out at 2011 All Tomorrow’s Parties in Minehead, U.K. in the QRO Concert Photo Gallery

Washed Out decided to start off on an upbeat note.  Upon entering the stage, Greene motioned with his arms to get the crowd fueled up.  Looking like he just got out of a class from college, Greene looked the unlikely buzz artist with his un-pressed and un-tucked button up shirt, utilitarian jeans, and who doesn’t have a pair of Nikes?  Pounding keys that try to be guitars, thundering bass, and anxious drums – hardly resembled the hazy serenity of Within and Without.  The acoustics in front of the stage was just muffled enough that it was difficult to later recall whether the opening number was “Echoes” on amphetamine or compacted version of “Feel It All Around”.  Greene’s airy voice that rarely changes its tone, made it even more difficult to identify one track to the next. 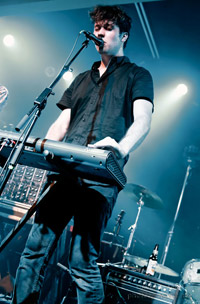 2009’s Life of Leisure EP (QRO review) and this year’s Within and Without evenly split Washed Out’s seven-song set.  Earlier materials like “Hold Out” and “You’ll See It” better suited as preface for Cut Copy, rather than the more subdued numbers like “Amor Fati” from his latest release.  “New Theory” seemed to be the fan favorite and Greene encouraged the crowd to sing along.  Washed Out closed his show with a tranquil number, “Eyes Be Closed”, contrasting to the highly charged commencement.  The set felt short, but maybe it was just right.  If it were any longer, it may have felt like a DJ set, rather than a live band performance.  All in all, Washed Out brightened the venue with its airy synth pop that enveloped and caressed – the perfect chill-out dance music to set the mood for the icons of electro pop. 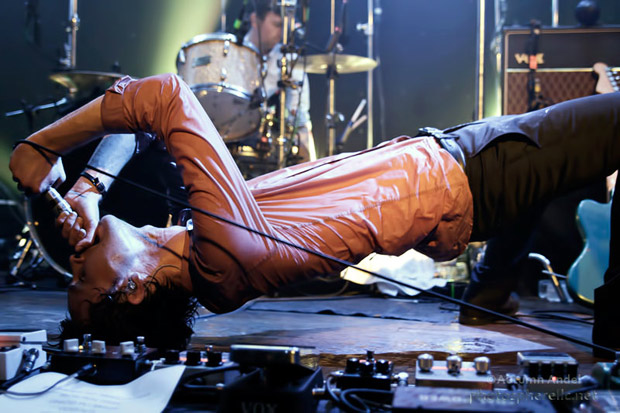 Click here for photos of Cut Copy at 2022 Just Like Heaven in Pasadena, CA in the QRO Concert Photo Gallery

Click here for photos of Cut Copy at Danforth Music Hall in Toronto, ON, Canada on November 21st, 2017 in the QRO Concert Photo Gallery

Click here for photos of Cut Copy at 2014 Primavera Sound in Barcelona, Spain in the QRO Concert Photo Gallery

At 10:16pm, just a minute past the schedule, the Australian quartet emerged onto the dark stage spotlighting the machine “that kills fascists.”  Opening with the even-paced tribal beat of “Take Me Over”, singer/keyboardist/guitarist, Dan Whitford and multi-instrumentalist Tim Hoey bounced around nonchalantly in front of the screaming crowd.  After the cool warm up, Cut Copy broke into “Feel The Love” from 2008’s In Ghost Colours (QRO review), against a kaleidoscope of flashing colored lights.  While Zonoscope is no disappointment and definitely plays well live, it seemed both the fans and the band’s hearts belong to the album that gave us so many infectious tunes like “Hearts On Fire” and “Lights and Magic”.  The occasional rock guitar accent from Hoey – like the nearly a minute-long intro to “So Haunted” kept The Cutters a cut above from the typical dance pop act.

Click here for photos of Cut Copy at 2013 Governors Ball in New York, NY in the QRO Concert Photo Gallery

Click here for photos of Cut Copy at Roundhouse in London, U.K. on October 27th, 2011 in the QRO Concert Photo Gallery

Cut Copy may be the brainchild of Whitford, but Hoey certainly stole the show on stage.  Sure, Whitford is no wallflower – with his lanky body in constant motion, and his arms often doing as much singing as his vocal chords, but certainly nowhere as animated as his bandmate.  Hoey effortlessly switched up between guitar, keyboards, and percussion, while also providing backing vocals.  “Sun God” allowed the synth-pop band to become more like rock gods, showcasing the acrobatic musician engaged in an intense intercourse with his guitar, revealing a bold sound that screams, “I’m a big Sonic Youth fan.”  Hoey would put his head in his hands as if he was a character in a Shakespeare’s tragedy, then grab his guitar to glide it across the edge of stage.  With drumsticks, the dark-haired chap made his guitar strings quiver before abandoning it to jump up on the bass drum to join Mitchell Scott on his kit.  After holding up his teal Fender in some worshipping ritualistic manner, the svelte Cutter sank to the stage floor, screeching into the mic in a painful ecstasy.  When bassist, Ben Browning joined Whitford on his keyboard, Hoey came over and devilishly smiled at him, and ruffled his head.  If a picture can speak a thousand words, this moment in time provided countless captions.

Just as the final beat of “Out There On the Ice” struck, Hoey uttered a few words of gratitude, exhausted and drenched in sweat.  The Cutters exited the stage smiling – happy to be so loved but probably also so relived that their long day has just about come to its end, save for the party that will be at Holocene.

Cut Copy playing “Out There On the Ice” live @ Wonder Ballroom in Portland, OR on October 9th, 2011: