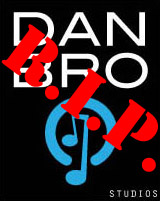 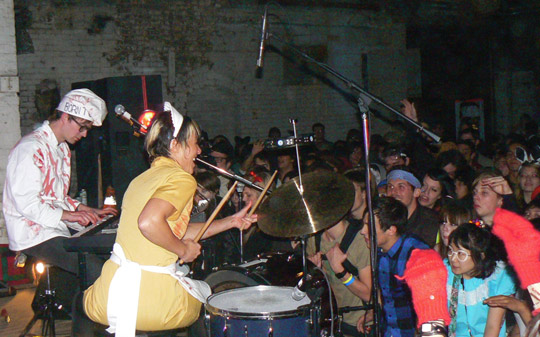 260 Meserole Street has been converted into The Wick.

Danbro Studios is located on 260 Meserole Street, Brooklyn, between Bushwick Place and Waterbury Street.  Opened in late 2008, it is a former brewery and warehouse converted into a venue.  It is primarily used by Brooklyn concert organizer Todd P, who also holds concerts in other Brooklyn venues such as Market Hotel, Silent Barn, and Death By Audio.

Danbro Studios is really a barely-converted abandoned warehouse: dirty, drafty, and poorly lit, there are nicer-looking actual warehouses.  All the facilities are temporary: folding tables and chairs, Port-a-Potties, and such.  The entrance to Danbro Studios is a long hallway, leading to the ticket person and ID check, before opening to the right, upon a large pre-stage floor area.  That area stretches back towards the street (to the right of the door) with seats and tables, with a makeshift, folding table bar immediately in front of the door.  Behind that, the area loops around the entrance, including a merch table, before stretching to an outside patio with Port-a-Potties.  The actual stage area is past the entrance and the pre-stage area space, with the stage located to the far right of the stage floor entrance.  There is another, separate space to the house-left of the stage, where bands store their equipment.  While all of Danbro is high ceilinged, it is especially true in the stage floor area: a fire escape-like staircase leads to an overlooking fire escape-like railed landing, which is where the soundboard is located.

While only a few events have been held there, they have been larger fare than Todd P usually organizes (especially for indoor shows).  They still feature the usual line-up of ‘Todd P bands’: Brooklyn-based, tending more towards the wild live show than high musical skill.  The crowd is younger than at the more established venues, and more prone to go wild.  Todd P has certainly translated the DIY house party ethos to an abandoned warehouse, with the pluses and minuses only amplified: a considerable amount of space, but dirty, drafty, and run-down; cheap tickets, but a long haul to reach; cheap beer and relaxed security, but an inexperienced and overworked staff; a wild show that’s likely to get out of hand; not Bowery Presents (Bowery Ballroom, Mercury Lounge, Music Hall in Williamsburg, Terminal 5). 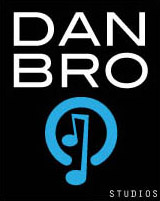