On a massive tour with several bands, legends Dance Gavin Dance were set for their night of sweat, shouts, and hardcore music. ... 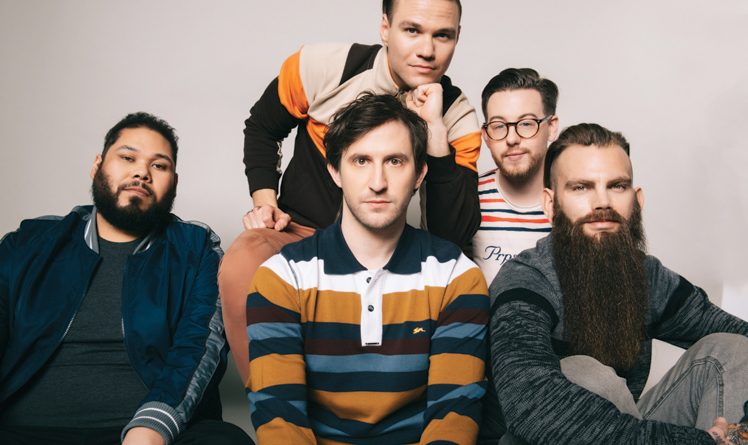 On a humid Wednesday night, October 6th, in St. Petersburg, Florida, punk rock fans of all ages were crowding into the outdoor Jannus Live venue. On a massive tour with several bands, legends Dance Gavin Dance were set for their night of sweat, shouts, and hardcore music.

Titled after their 2020 album, the band’s ‘Afterburner Tour’ was set in motion with fellow musicians Wolf & Bear, Eidola, Veil of Maya, and Polyphia. As the stage was set and doors opened, the long night was soon to begin.

Opening the show was post-hardcore band Wolf & Bear hailing from Sacramento, California. Consisting of vocalists Matt Marcus and Tyler Watt, lead guitarist Cameron Nunez, rhythm guitarist Louis Baltazar, drummer Jacob Koval, and bass guitarist Tim Feerick, the band first formed in 2014. In October 2017, the six-piece group released their debut studio album Everything Is Going Grey. With an aim to “expand on the progressive rock genre”, the band did all that and more. With a short and quick set, the band fit in all they could to get the crowd riled up and ready for the night.

Striking the stage with an electric entrance, Wells acknowledged the fans before they ripped into their first few songs. As the set went on, Wells yelled out to the crowd to get the crowd-surfing started, and sure enough it did, being followed by a massive death wall and circle pit. As Eidola played out the rest of their set, fans one by one surfed their way across their fellows to the front of the stage before hopping down and back around as they went. With a final song and a wave, the band played out their set and gave it up for the next to take the stage.

From the windy city itself, four-piece metalcore band Veil of Maya was next up on the roster. Formed in Chicago, Illinois by guitarist Marc Okubo and drummer Sam Applebaum in 2004, the group released their first full length album All Things Set Aside in 2006. The band spans multiple genres, with the first four of their albums being considered deathcore, while the fifth album Matriarch being considered metalcore. Okubo and Applebaum are now joined by Danny Hauser on bass and Lukas Magyar on vocals.

With their banner raised behind them, Veil of Maya entered the stage in the dark glow of the lights. As the strobes flashed with the music, Magyar moved across the stage in the moments of darkness to reappear to the crowd with his harsh, deep vocals. With only a thirty minute set, the four-man band rocked out as long as they could before rushing off set for the next in line.

For the penultimate show, all-instrumental group Polyphia joined in on the all-star filled tour. Consisting of guitarists Tim Henson and Scott Lepage, bass guitarist Clay Gober, and drummer Clay Aeschiiman, the band first started in 2010. The band garnered attention and mainstream success when the guitar playthrough of “Impassion” from their EP Inspire went viral on YouTube. With so much growth in popularity, the band took on several tours and shared the stage with other rock giants such as Periphery, Between the Buried and Me, and August Burns Red.

With a quick greeting, the rock stars wasted no time getting straight into their setlist. Henson and Lepage shredded through the strings of their guitars with a graceful ease as the crowd got right back to crowd surfing through the venue. Playing out their set, the band soon moved to some more recognizable covers. Putting their own metal spin on some classics, the band started into “A Whole New World”, with Henson and Lepage rocking the notes while the crowd handled the lyrics. Closing out their set with a few more covers and a final single, the band cleared the stage as the lights and banner were raised up for the final act.

When it comes to hardcore rock, no band is more classic or well-known like the legends that are Dance Gavin Dance. The band first formed in 2005 in Sacramento, California after the dissolution of guitarist Will Swan, drummer Matt Mingus, and former bassist Eric Lodge’s previous band. After several line-up changes, the band now consists of Jon Mess on unclean vocals, Tim Feerick on bass, Tilian Pearson on clean vocals, and Swan and Mingus. The band released their debut studio album Downtown Battle Mountain on May 15th, 2007, and followed later by eight other consecutive albums throughout the years.

After a quick changeover, the band soon entered with Pearson and Mess running out on stage and jumping in excitement to greet the crowd. Immediately, they got right into their first song, “Prisoner”, off the new 2020 album Afterburner. Pearson’s iconic voice rang out in the night as more crowd surfers than ever before emerged from the pit. Playing through several more singles and recent releases, the band eventually rocked out with their heavy hit song “Death of a Strawberry” from 2015’s Instant Gratification, the album Pearson stated as cementing his style. With the crowd screaming along, Pearson’s soft and unique voice combined with Mess’s harsh and coarse vocals lit up the night as Mingus and Swan strummed and beat out the notes on their guitar and drums.

In the middle of their set, Pearson took the time to talk to the crowd, noting his wish that this venue had been around sooner when he was growing up next door in Clearwater, Florida. With a wild cheer from the local Clearwater fans, Pearson and co went right back into the set.

Nearing the end of the set, the band began closing out the last few songs with their number one hit “We Own The Night” from their 2015 album. With the stage lights dimmed, they suddenly were reignited as Pearson’s opening vocals bellowed out over the screams of excited crowds. As the song moved into its chorus, the crowd shouted out each and every note in pure bliss as strangers became friends and sang in unison.

Closing out set with an encore of “Inspire The Liars” from 2016’s Mothership, the band gave it every last breath they had before they waved goodbye and left every one of Tampa Bay’s most eager hardcore fans with smiles and memories to last.

Prisoner
Head Hunter
Son of Robot
Lyrics Lie
One In a Million
Death of a Strawberry
Chucky vs. The Giant Tortoise
Betrayed by the Game
Strawberry’s Wake
Nothing Shameful
We Own the Night
Evaporate
Inspire the Liars

We Are Scientists – Huffy