'Dance (RED) Save Lives Vol. III' is here courtesy of Mavin Records, and it feels a bit like arriving to the Peloponnese via helicopter with a bottle of fresh... 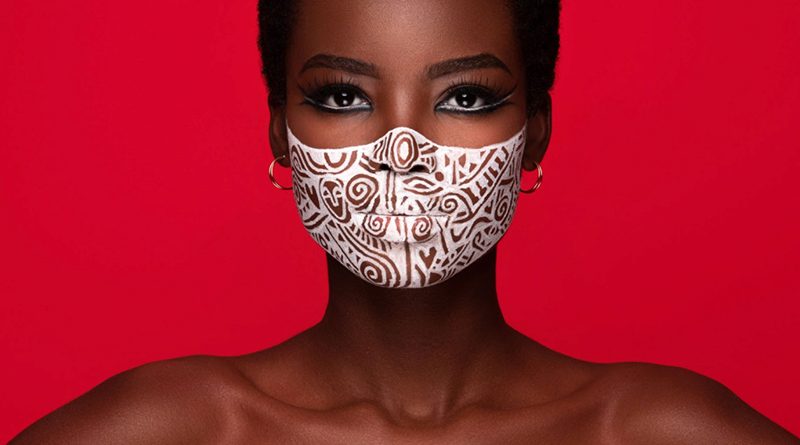 Everyone has bettered their lives with the Oscar-winning Danish drinker film, Another Round, by now, yes? If you would like to get the same sense of elaborate emancipation mixed with proper spiritual purpose provided by that priceless piece of cinema in sonic form, we’ve got a record for you. Co-curated by the ever-eidetic Aluna and Nigerian recording emperor Don Jazzy, Dance (RED) Save Lives Vol. III is here courtesy of Mavin Records, and it feels a bit like arriving to the Peloponnese via helicopter with a bottle of fresh Gaga champers in each hand.

As is always the case with anything touched by the audio altimeter that is Aluna, you don’t need a bottle of Imperia or Peychaud bitters to ear-imbibe to the point of ignition; all you need is one song – any song – and you will be reminded why we are all made of polyrhythms. Another Round was about reaching your maximum daily potential in life via alcohol. This round of Dance (RED) is about guaranteeing you do that via music.

(RED) is turning 15 this year and this 14-track curation of local genius is Mavin Records’ gift to the philanthropic nonprofit. Mavin and (RED) have explicitly partnered to halt the disruption of AIDS treatment and prevention programs which have been critically derailed by the onslaught of Covid. AIDS-related deaths have been projected to double in the forthcoming year due to the dearth of distributed resources throughout sub-Saharan Africa and the consistent overwhelming of every staff at every existing health and community system.

Every purchase or stream associated with Dance (RED) Save Lives Vol. III feeds back into The Global Fund, the perennial world leader in fighting infectious disease of every sort, and (RED)’s partner in this and many other international health projects. It is not every day that you can fairly say your sonic streaming saved lives, and perhaps even fewer are the chances you’ll get to expand your heroic horizons so succinctly in a single recorded effort.

If you like to wear your support (and your undeniable cool) on your sleeve as well, the accompanying Dance (RED) Save Lives Vol. III merch is wicked as war games. A handful of items in the collection feature the official Dance (RED) Save Lives Vol. III album artwork by Brooklyn-based Nigerian lawyer-cum-artist Laolu Senbanjo, who has had his Sacred Art of the Ori body ritual featured on Beyoncé’s unforgettable Lemonade, as well as creatively collaborating with everyone from Taraji P. Henson to Kenneth Cole.

Taking over for Tiësto isn’t for the tame people; the rightly revered Dutch DJ was responsible for gathering and organizing the first two iterations of this important (RED) initiative. Aluna and Afrobeats auteur Don Jazzy represent more than capable successors for several key reasons. Each is an innovator and a cultural lightning rod in their respective fields, so much so that it becomes difficult and somewhat senseless to ascribe a “field” to what they do at all as no arena, audio or otherwise, appears to be off-limits.

A major part of what makes Aluna and Don Jazzy such obvious inheritors for the task of assembling these life-saving/culture-sharing songs is that they are already individually known to have a kind of iron sights when it comes to trends in world music, stylistic riffing, and root-sourced sounds. They are both famous for making underground culture seem apparent and accessible to outsiders. People that may not have ever encountered (RED) before will be granted an understanding of its tapped-in ethos simply by the presence of visionaries like these who have such a proven eye for what matters in music and its unique method of connecting humanity.

Mavin Records, for those who may not know, is the decorated Nigerian label founded by Don Jazzy in 2012 that has since thrown leaves far beyond Lagos to include marketing, publishing, and content production focused around a highly variegated, African-led stable of artists. Many of those artists appear on Dance (RED) Save Lives Vol. III, alongside a veritable block party of audio kings and queens from every other imaginable corner of the globe. KAKU, the album’s lone Asian contributor, has reaffirmed the already-impressive forward thinking that characterizes his electro-instincts by including a bespoke series of themed NFTs to align with his offering here.

The creative fecundity on this record is bittersweet as each and every artist here should be far more internationally recognized already. A vocal champion of Africa’s contributions to music since her inception as a professional artist, Aluna’s continuous and timely mission to reconnect the African diaspora to the continent that serves as their fons et origo (source and origin) sits evenly on Dance (RED) Save Lives Vol. III next to her express desire here to bring the global smorgasbord of dance music to full integration into the pop culture mainstream.

That vital process gets off to a sprinting start with album-opener “Jaiye” (Aluna and Sigag Lauren Remix). Nigeria’s own Ladipoe opens the track blithely stating: “I don’t know what a hit record is, but I like this vibe.” And then we swan dive with him straight into tropical house beats and the insanely insightful line: “Cut the grass down / expose the cobras.” Excellent advice for all. This song and message are important enough to have garnered two appearances on Dance (RED) Save Lives Vol. III, very nearly bookending the album, with the second version, “Jaiye” (Riel Remix), showing up at Track 13. The first one is panicles and penny whistles inside a favela sat atop a jigging and irreverent cloud. The second is steam and dreams rising from the bright afternoon sidewalks of culturally crossbred cities that could only exist in Africa. No place else is nearly dramatic or hypnotic enough to hold them, or the uplifting energy residing in both songs.

Next up is “Lady” (Felix Da Housecat x Chris Trucher Remix) wherein Nigerian songwriter/rapper Rema handles the lyrical locomotion entirely in his native tongue and the whole delicious sound tastes like pistachio and black currant as a result. This tune is a testament to the universal nature of music. You don’t have to know the words or even the language they belong to in order to receive the message in the melody – and unless you just don’t have blood for these calypso-like Afrobeats to rumble, you cannot fail to dance here.

“Based on Kpa” (Moody Jones Remix) aptly allows Crayon to MC and it’s the perfect pairing as there are giant cascades of beat-colored moments waiting to ambush your groove and throw a little African limba into your festive fire. You can then cool it down with “Away” (Lilo Remix), which is what would happen if steel drums could be airborne droplets of voice. This is the gelid jam you’d pick for your get-down gala held in a hot air balloon – its antigravity matching anything helium and silk ever aspired to. It was Andre and Big Boi that first proudly threatened the “drip-drip-drop eargasm,” but it is Ayra Starr who will effortlessly deliver it in “Away.”

First single “Woman” (Sofi Tukker Remix) is where Rema and Sofi Tukker will shamelessly give you the vapors with their trills and their alluring trick of making a song sound the way pineapples and palms might if they lived on the pavement rather than the sand. “Do Like That” (KAKU Remix), already a smash hit in Nigeria, gets a vibrational update through Korede Bello and KAKU, becoming almost a call and response with the track that follows it –  “Dumedi” (feat. Becky G.) [Michael Brun Remix]. The listener gets both sides of a rippled love story via shared expectations refracted individually through the male and female logistical lens. Michael Brun conjures dance tempo Daisugi here, making small rhythms grow out of more established rhythms the way the ancient Japanese garden practice grows trees from the tops of other trees.

“Ija” (TOKiMONSTA Remix) sees Ayra Starr and TOKiMONSTA give Sam Smith smoke signals from someplace where Neyo and Sade share a campfire. “Peace of Mind” (feat. Mavins) [Virgil Abloh Remix with Fela Kuti] schools you on what an offhand vocal hum becomes once it decides it wants to be a little earthquake – and it is the most un-humdrum thing you’ll hear this week. The horns are gloriously misbehaved here too, doing a dirty samba with distorted and ineluctable voices.

Closing out this prayerful bash is “Halleluya” (feat. Vitamin String Quartet) [Burssbrain and Vitamin String Quartet Remix], which starts almost acoustically sweet, transitions into subaqueous synth drops, and resurfaces with buoyant, feminine vocals and violins that make you feel as though you’ve been airdropped between the two worlds of Rusted Root’s seminal Matilda jam, “Send Me On My Way”, and Paul Simon’s legendary Africa-inspired “Diamonds On the Soles of Her Shoes.” What a street safari! The overall effect of Dance (RED) Save Lives Vol. III is of that just right point of party-mindedness and social awareness that comes from a gentle weed buzz. It’s your basaltic brilliance in those gregarious moments before you start stumbling a smidge. This record is a fun-filtering of simple sex, complicated love, and the complex shared matter of peace of mind.

While no one can templatize centripetence, this album comes close. Ladipoe may say he’s not quite sure what a hit record sounds like, but listeners assuredly will after having taken in the entirety of Dance (RED) Save Lives Vol. III. Translated loosely from the Yoruba, “jaiye” means “enjoy life.” Buying this record certifies not just that you will, but that the people receiving AIDS and COVID-19 support from (RED) and The Global Fund can continue having a chance to do so as well. To that holy humanitarian endeavor, we can all raise our glasses.