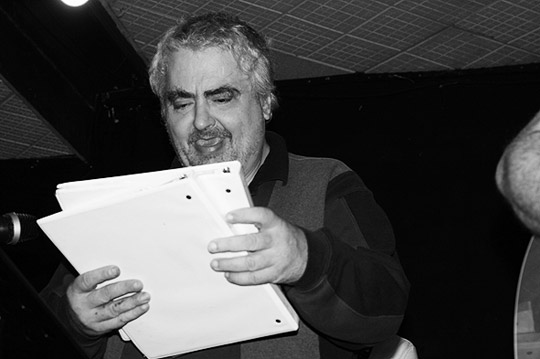 Daniel Johnston stood on stage at Brudenell Social Club in Leeds, U.K. on Friday, November 6th with several bottles of water and a very well organized folder, which contained typed-up lyrics of each song that he had planned to play.  Johnston wore an old jumper with a hole on the right hand side.

Though rather subdued compared to his gigs in his earlier 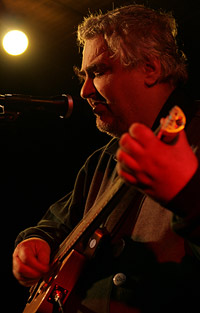 days, the show was flawless.  All mapped out, he turned his page and announced the next song.  In a comedic way, Johnston stated that he was telling the audience a story that he had not told before.  He recited this to the audience on three occasions.

"I had a dream, that this guy was sentenced to death for attempting to commit suicide, and in the dream that guy was me and I was in the back of the courtroom going no, no!"

A surreal moment took place, as what seemed like canned laughter filled the room.  The audience was genuinely amused.  A few requests were politely suggested to Johnston from the back of the room.  However, it was apparent that Johnston had structured what he was to play, and could not break away from this personal arrangement.

The audience seemed mesmerized by Johnston.  Hardcore fans had turned up to see him.  The room stood very silent; on occasions tears fell down the faces of women and young men as Johnston sang his songs of personal torment, a specific tearjerker being "Life in Vain".

Johnston was like an open book, pouring out his tales of clinging to hope and the hardships of life.  His lyrics conveyed the sense of frustration that comes with manic depression.  Personal thoughts filled the room, "Don’t want to be free of hope / And I’m at the end of my rope / It’s so tough just to be alive / When I feel like the living dead."

Particular favorites of the night were "Speeding Motorcycle" and "Bloody Rainbow".  The room became more up beat as Johnston sang a selection of Beatles hits, "Come Together" and "Hide Your Love Away". 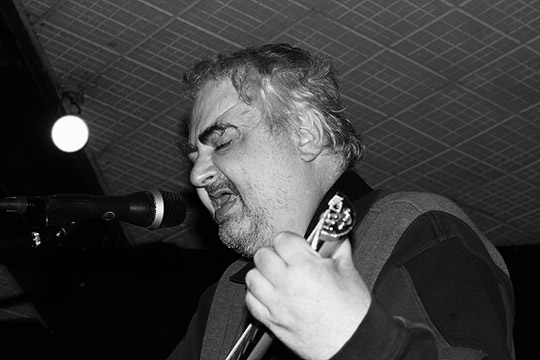 Later backstage, Johnston munched on Doritos’s, with a child-like look of delight on his face as he dipped his cheese crisps in to salsa and guacamole dip.  He then dived into abundant amounts of diet Coca-Cola.  It was almost like he had been rewarded in crisps for his performance.  He separated this reward with intervals of standing in the cold November breeze for a few smokes.

Outside, a local women and her pet dog greeted Johnston.  He gently pat the dog and invited the canine to come to his house to visit his cat.  His new cat is Spunky, who is just over a year old.  Johnston never had his very own pet cat before, and said it was like having a child.  He explained choosing his art over having children.  His art had to come first. 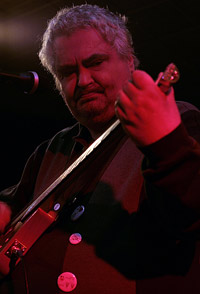 He explained that it was interesting to see which scenes/archived footage had been selected for the documentary.  Johnston mentioned that he had also added some comedic scenes that were not used in the end edit.  However, he was pleased with how he was portrayed in the film.

Johnston left on a positive note.  He was extremely excited about going to a comic book store in Leeds the very next day, and how he was very interested in collecting the comic books for the images rather than the stories.  Johnston even explained how he would also like to get into his photography! 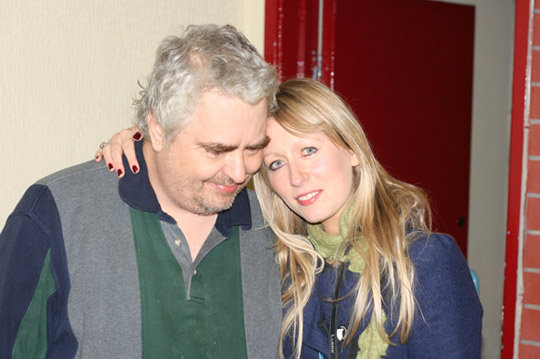