Danny Brown had a documentary premiere, Q&A, and performance at House of Vans.... 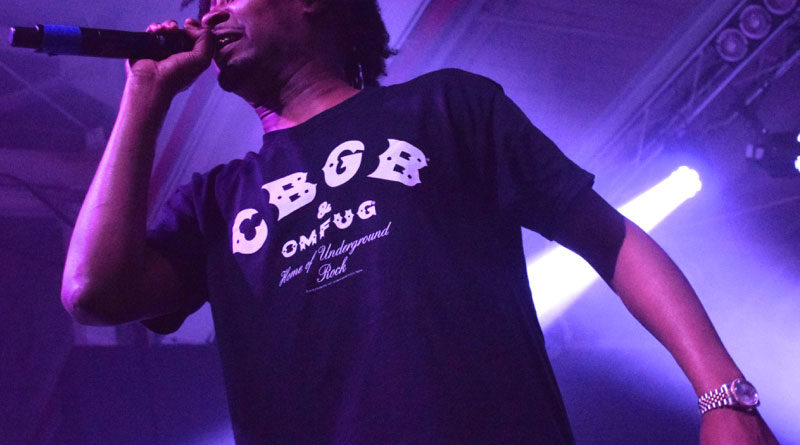 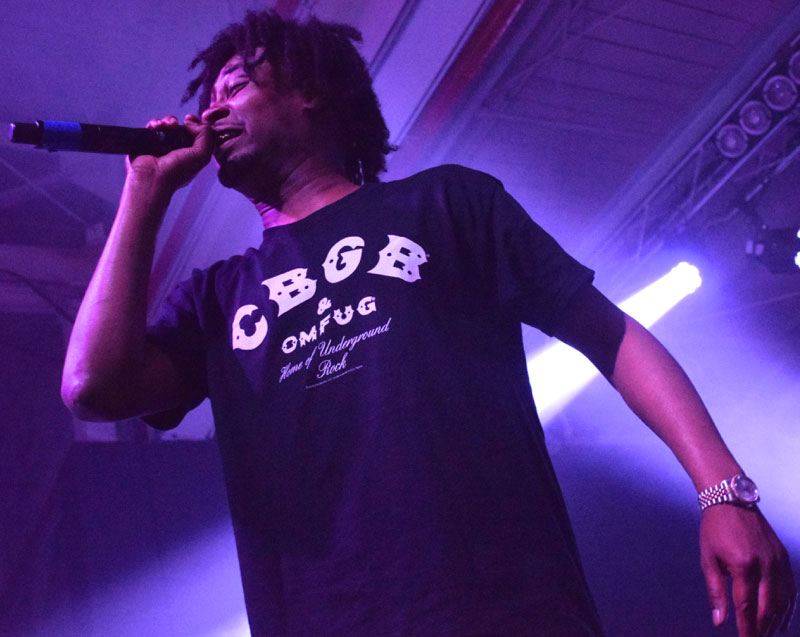 Click here for photos of Danny Brown at 2014 NXNE in Toronto, ON, Canada in the QRO Concert Photo Gallery

Click here for photos of Danny Brown at Music Hall of Williamsburg in Brooklyn, NY on April 8th, 2014 in the QRO Concert Photo Gallery

Click here for photos of Danny Brown at 2013 SPIN Year in Music party in Brooklyn, NY in the QRO Concert Photo Gallery

Click here for photos of Danny Brown at 2013 Beacons Festival in Skipton, U.K. in the QRO Concert Photo Gallery

As the weather begins to warm, New York’s summer event series are starting up. Two of those are House of Vans and Rooftop Films, which came together for the screening of Danny Brown: Live at The Majestic on Tuesday, May 24th. It was not only the NYC premiere of the film, but there was also a Q&A with Brown and director Andrew Cohn, and a performance by Brown.

Brooklyn’s House of Vans (QRO venue review) opened up just the prior Thursday (QRO live review), but this event was larger and special, as it included the screening. There were seats laid out both inside the warehouse section of the venue and the outside portion, with screens there and in the back skate ramp area. The first four or five rows of the outside seating were reserved and protected, semi-filling up only late, though those VIPs included Brown himself. Indeed, at least one fan in the regular seats (who’d maybe had too many of the free Goose Island on offer) repeatedly yelled out to Brown that the rapper should be sitting back in his self-declared VIP area [note: the open bar, including in VIP, did close during the showing, reopening afterwards].

With the title ‘Live at The Majestic’, the film could have just been a filmed concert performance, but actually was much more. It had an intimate discussion with not just Brown but also some chosen fans from the show, which had been Brown’s first headline in his hometown of Detroit in five years. Curiously, the three chosen fans (a Brown-inspired comic book artist, a small town pre-rehab burnout, and a hipster girl who did ukulele covers of Brown) were all white, and one couldn’t help but notice that the arms in the air at the show were mostly pale.

But the film was mostly getting to know Brown. The rapper talked about doing drugs, being broke, making acclaimed breakthrough album XXX, and more. Particularly noteworthy was Brown discussed his own self-doubt, something that comes through on his music and was also focused on by his fans in the movie. Brown even brought up needing to do drugs to be a rapper, and envying those who don’t have to do drugs to rap. There were also a lot of funny asides, such as how in the video game series Mario Brothers, it’s ‘villain’ King Coopa who’s running the village and gets his girl stolen by the plumber ‘hero’, who’s actually more of a “rapist.” 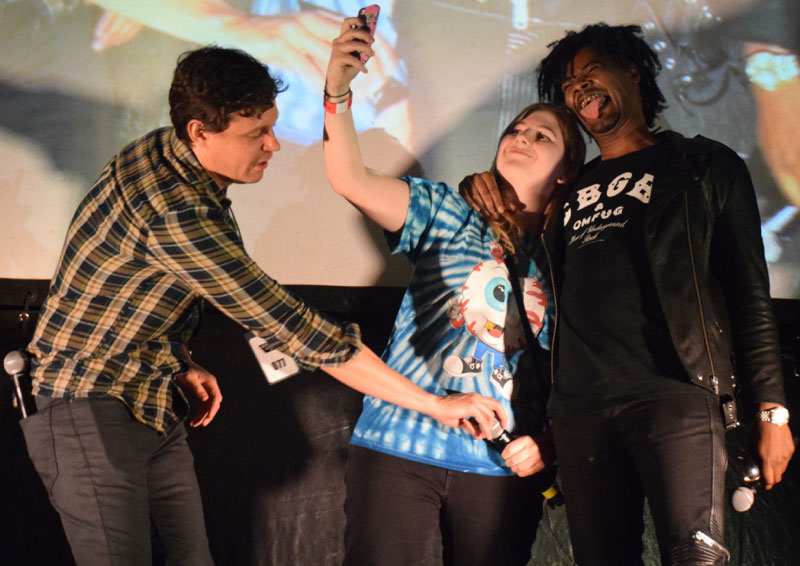 That comedy continued in the Q&A, which was mostly fans coming up on stage, thanking Brown, getting a selfie, and maybe asking a question. “What would be doing if you weren’t rapping?” “Trying to be a rapper.” Another fan’s too-trying-to-be-baller question involving animals and genitals was ignored by Brown, who jokingly rambled that it was someone trying to lay a trap for the artist with two felonies already under his belt, by the Illuminati or something. 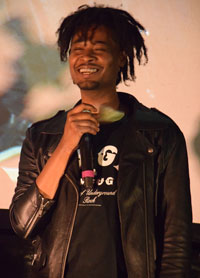 And yes, there was a performance. House of Vans wasn’t super-packed – it never is (for security/capacity reasons), though this might have been the first time ever that one of the bathrooms in the VIP area was actually open – but there was still wildness, including Brown shouting out to the mosh pit. He played his hits, including “25 Bucks” (whose video aired before the film), though the whole thing wrapped relatively early, with security pretty quickly post-Brown giving everyone the bum’s rush to leave [including your correspondent, who was eating a burrito, but he did run into Matt Johnson – QRO interview – of Matt & Kim – QRO spotlight on – on his way out].

Screening/Q&A/performance events can be tricky to pull off, as they’re trying to be different things, and different people are there for different reasons. However, held together by Brown’s enjoyable personality, this all came together quite well. 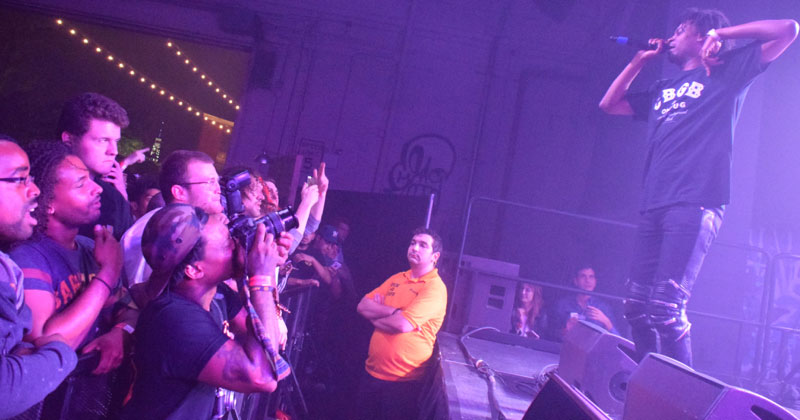