<img src="http://www.qromag.com/wp-content/uploads/2010/11/darkermylovenov23.jpg" alt=" " />From their first song, Darker My Love<span style="font-weight: normal"> sent you right back to when your childhood lullabies were played by Pink Floyd and The... 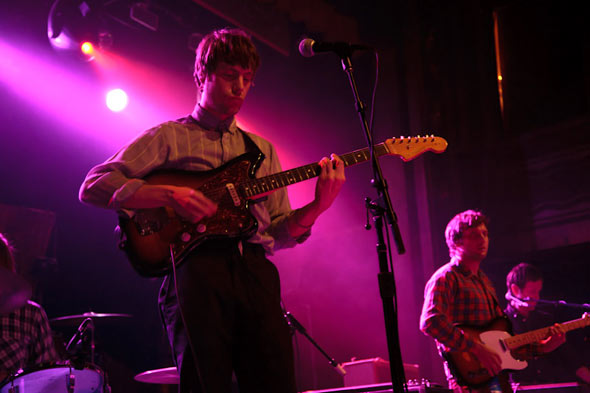 Darker my love: ironic when the bass drum is decorated with all the colors of the rainbow and more.  But at least it was not another band called, “Crystal Panda in Flames”.  Then Darker played their first song at New York’s Webster Hall (QRO venue review) on Tuesday, November 23rd, sending you right back to when your childhood lullabies were played by Pink Floyd and The Who at 33 rpm. 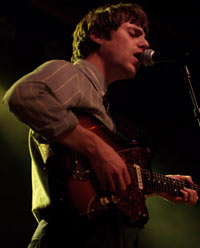 The quintet Darker My Love showed influences strongly rooted in the early seventies.  Or even sixties if you trust the ‘very early Who’ Roger Daltrey look from the lead singer Tim Presley.  The rhythm section was tight and nuanced while giving a feeling of easiness to the songs.  The keyboard player and second guitarist, who sometimes used his pedal steel, further nailed the look and the feel to this indie psychedelic band.

From the Pink Floyd0esque “All the Hurry and Wait” to some more Allman Brother-ian “Maple Day Getaway”, Darker Me Love, despite a busted amp and some broken strings, was here to play rock ‘n’ roll and ended up bringing the mainly late twenty- something crowd on a trip to the past.

Darker My Love is playing Glasslands (QRO venue review) on Sunday, November 28th (QRO concert listing).  Don’t miss them.  That is something you will be thankful for. 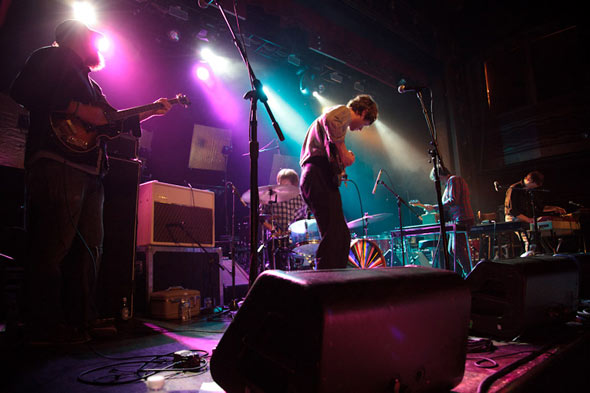