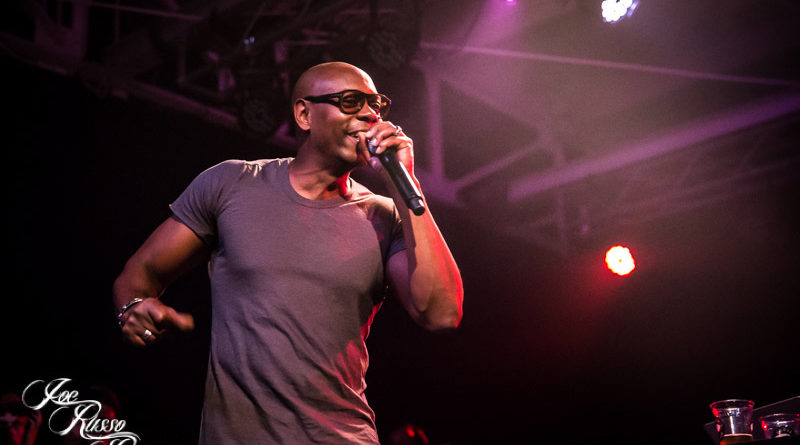 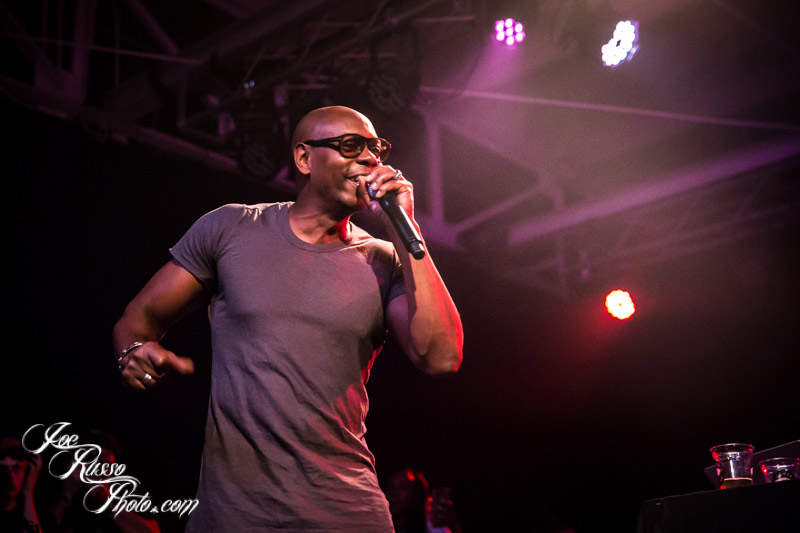 Dave Chappelle is one of the biggest comics in the world, certainly one of the biggest doing stand-up. Chappelle’s Show launched him into critical & commercial acclaim, and its sudden end, followed by Chappelle’s sporadic appearances, has only heightened interest in him. He might live on a farm in Ohio, but he’s still a huge draw in the big cities. That very much includes New York, where he is in the midst of an epic sixteen-night run at the legendary Radio City Music Hall (QRO venue review). To celebrate it, he held a much more intimate (and cheaper) party at House of Vans on Thursday, August 10th. 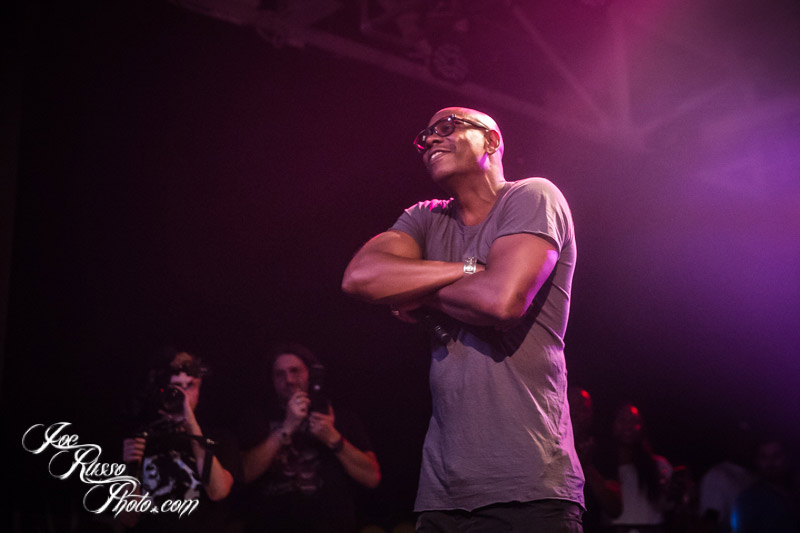 Now, to be clear, Dave Chappelle did not perform any stand-up. This was not one of his Comedy Cellar surprise brunch appearances. Instead, it was just a chance for Chappelle & fans to relax – for free, including free beer at House of Vans (QRO venue review), unlike the understandably expensive Radio City shows. Indeed, there was a question whether Chappelle himself was even there, or would even make a public appearance. When he did come on stage, it was for like a minute, and it was to note that he had been there an hour, and “I felt I should make my presence known.” He even asked people to take their photos at that moment (which is more than at his no-photos, including press, Radio City shows), because afterwards he would be partying. Of course, he already had a joint in hand when he said that (later in the evening to pass it to a fan in the crowd), but then dropped the mic as if to say, “That’s all you’ll hear from me,” though he did return to the stage later to enjoy some of the music. 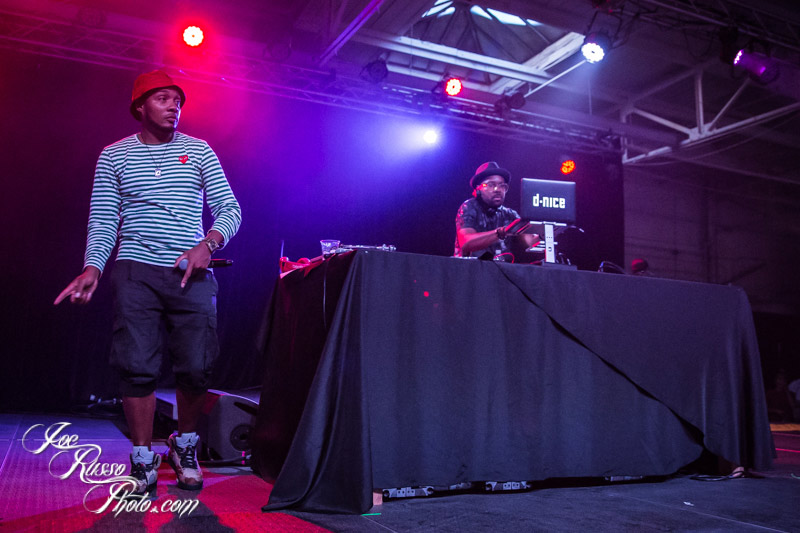 Though it wasn’t all one would hear. Chappelle had recruited some choice DJs, starting with DJ D-Nice, with DJ Trauma has his hype man, later with DJ Stretch Armstrong, again with hype from DJ Trauma. While the accomplished DJs were probably more used to playing to crowds bigger and more engaged (or more VIP), they spun well, and Trauma particularly served well as a hype man. 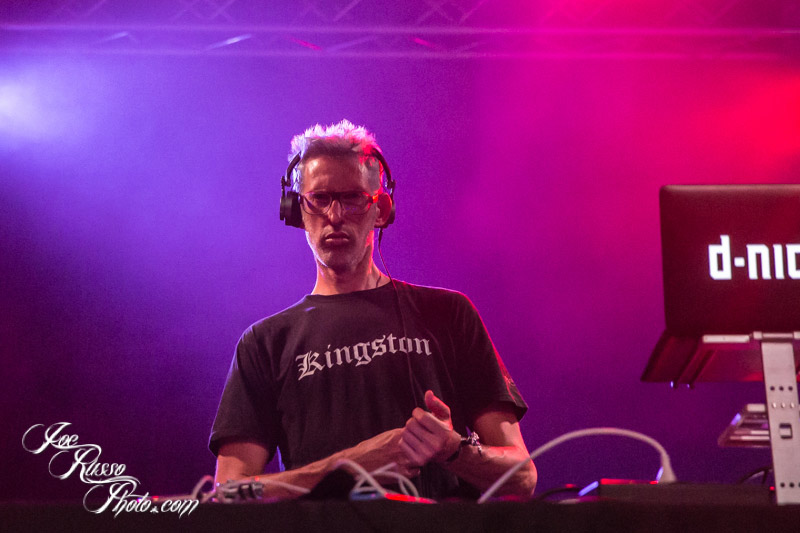 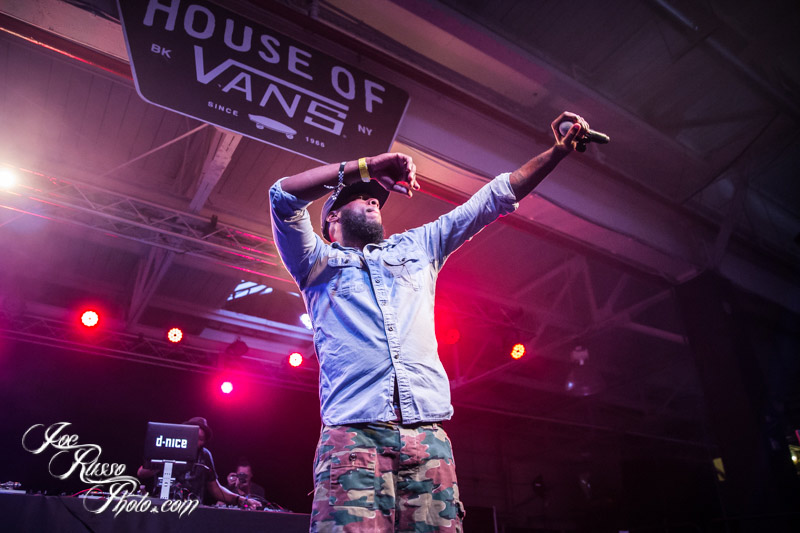 Chappelle’s Radio City shows have become as famous for their guests, with everyone from comedians like Chris Rock to Trevor Noah and musicians from The Roots to Lil Jon (and in-between with the likes of Donald Glover/Childish Gambino and even John Mayer). For House of Vans, he brought out Talib Kweli (to be one of his guests at Radio City on 8/23). So no, it wasn’t a megastar like Chance the Rapper that some in the long line may have hoped when waiting for the doors to open (twenty minutes after they were supposed to), but it was still a quality musical guest. 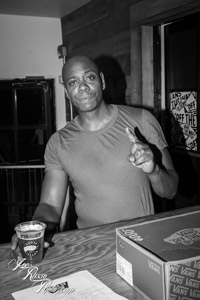 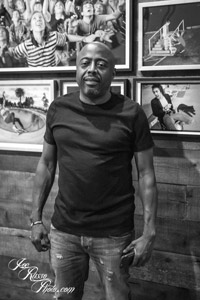 Other guests spotted include Chappelle’s Show’s Donnell Rawlings (Ashy Larry!), who has been seen at every Radio City show – Chappelle even asked the crowd for a moment of silence for “fallen brother,” Chappelle’s Show’s late Charlie Murphy (Eddie Murphy’s brother, and storyteller behind the show’s epic Prince & Rick James pieces). There was also specially made graffiti, done specific for the event, by Ces and Stash.

Dave Chappelle did ask the crowd to buy ticket to Radio City if they could, for “a celebration of culture like you’ve never seen.” But it was nice to relax up-close (for free). 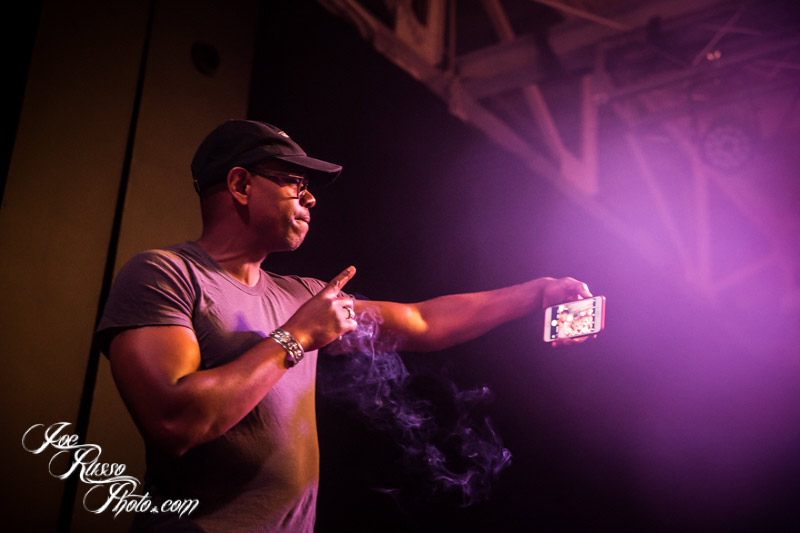