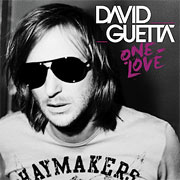 The conventional 4-person rock/pop band is becoming a dated concept. With duos and solo artists taking the spotlight, the idea of a complete rock ensemble is ending; and with a high interest in danceable, heavily produced tracks, the reign of DJs as celebrated recording artists has begun. We have seen a vast number of dance and techno albums over the past few years, but few have had the appeal and captured the public’s heart like David Guetta’s One Love.

Though Guetta may be a veteran of the dance scene, and has had his fair share of European chart-toppers, he has failed to gain a wider fan base outside the confines of the club. This limitation will no longer exist. Guetta’s magnum opus, One Love, has found phenomenal success, in clubs and out, has already broken into top 10 charts globally, and currently sits at the coveted number one chart position in a range of countries.

This meteoric success shouldn’t surprise anyone. You didn’t need clairvoyance or a musical degree to have seen this coming. When you pair together one of the best DJ and dance producers on Earth, with a selection of the hottest, A-list R&B singers, the spawn of such a relationship is inevitably going to be incredible.

One Love‘s star-studded roster, a who’s who of R&B royalty, has to be the primary factor contributing to Guetta’s mainstream triumph. Featuring guest appearances by Kelly Rowland, Akon, Kid Cudi, Black Eyed Peas member’s will.i.am & apl.de.ap, Estelle and Ne-Yo, One Love has all the elements of a blockbuster hit.

Guetta seamlessly blends the pulsating feel of Euro house together with epic techno beats, power pop and high-octane rave anthems. This eclectic fusion creates a euphoric soundscape that enthrals the listeners and makes this album impossible not to dance to.

Though Guetta doesn’t feature vocally or instrumentally on the album, it’s his masterful production work that gives the album a streamlined and dynamic feel. On a whole, it’s a rather subtle manoeuvring through a range of dance-based styles, which makes One Love so notable, revered and successful. Contrary to most other critically acclaimed dance-based albums, where the over-all whole is substantially better than the individual parts; One Love is defined by certain moments of excellence. Be it the crescendo chorus of "When Love Takes Over," or the insanely addictive melody of "Sexy Bitch," One Love truly is a manifesto for the synthesis of dance and R&B.

The best party album of the year? Without a doubt.