Before the rains cancelled the 'The Twins of Evil Tour: The Second Coming', Deadly Apples played Jones Beach Theater.... 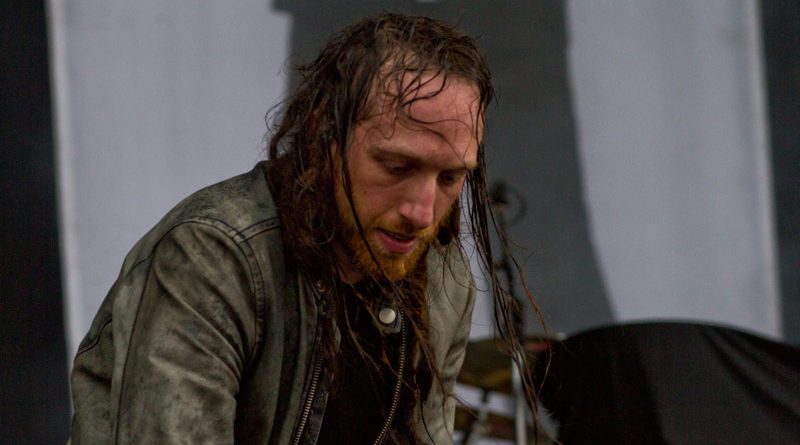 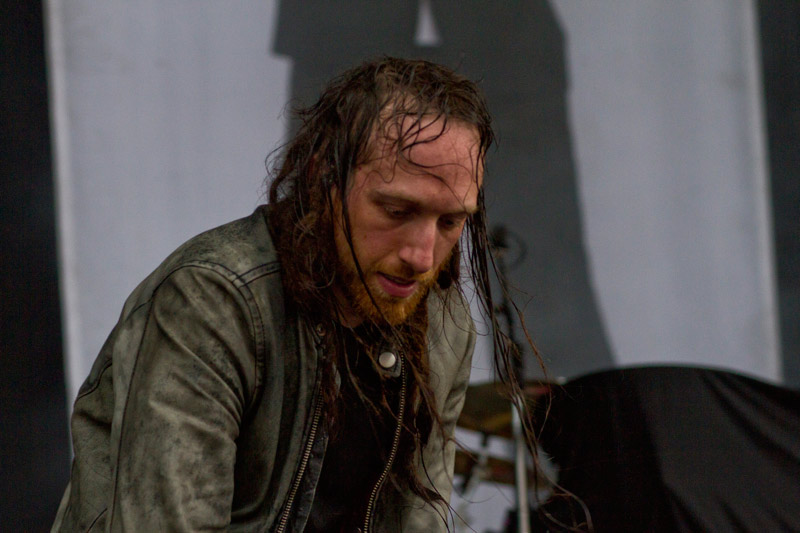 On Tuesday, August 7th, ‘The Twins of Evil Tour: The Second Coming’, co-headlined by Marilyn Manson and Rob Zombie, lured the gothic hoards to sunny Northwell Health at Jones Beach Theater (QRO venue review) out on Long Island. It was there that the two superstar performers, both boasting late ‘90s nostalgia, promised a revival of sorts for the New York crowd. While an initial Twins of Evil 2012-2013 run was peppered with public bickering and name-calling between the two groups, both bands packed up their barbs and blatant threats to once again reunite.

The co-headliners relied on Montreal-based industrial act Deadly Apples, who were blessed with the sole opening slot, to kick off the concert. The four-piece, fronted by dreadlocked founder Alex Martel, stormed onto the stage with a heavy, sampled-laced, set. Meanwhile, and despite the balmy weather and light blue skies, some in the crowd received alerts on their phones about the possibility of rain. This threat did not hinder the frontman from whipping the mic cord around, throwing the mic stand, and entering the photographer’s pit before ultimately diving into the audience. 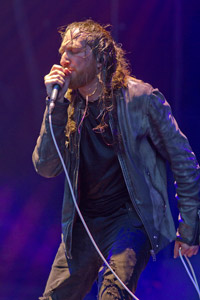 In between sets those old enough to drink hit the beer tent, a penned-in section separated from the main walkway, as alcohol was not being sold in the arena proper. It was during this time and approximately twenty minutes before Marilyn Manson was to take the stage that an announcement was made for a ‘short’ rain delay. It was hard to deny that the once light blue skies were rapidly darkening as a stiff wind began to kick up out from the west. 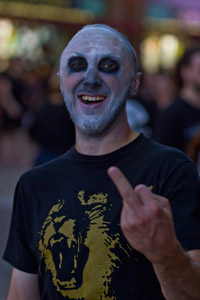 In no longer than ten minutes from the announcement a torrential downpour began to soak the area. Booms of thunder echoed as those seeking shelter under the grandstands howled and cheered the arcs of lightning leaping across the sky. Within another ten minutes an emergency alert was blasted to cell phones warning of flash floods, something the lower lying theater area is known to be prone to. Yet, while some staff was overheard saying that the venue never cancels a show due to rain, the streaks of lighting were still scrapping across the sky with no apparent signs of slowing down.

Holding out nearly two hours after the first announcement the venue was forced to shut down the show much to the dismay of those patient fans left waiting. It was then that the venue began ushering people towards the parking lot toward their cars, public buses, while leaving one poor writer alone with his bicycle to retrace the four-and-a-half mile bike path back to civilization. 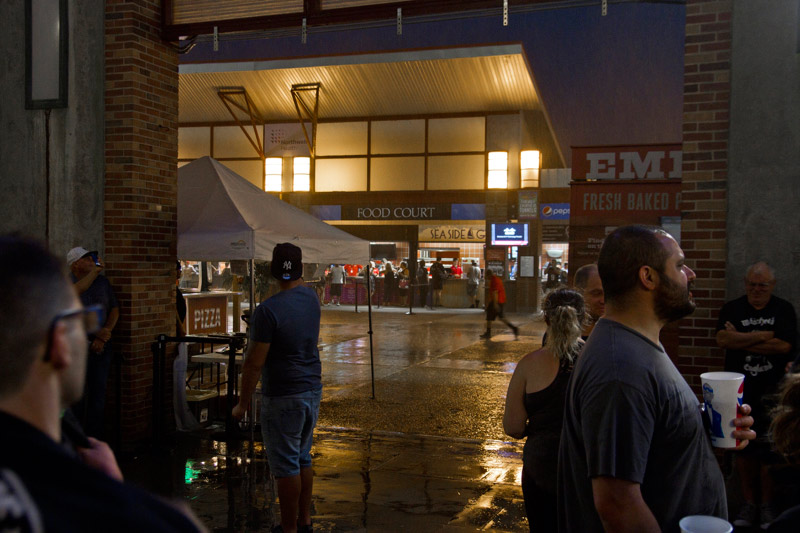 Lucero – Among the Ghosts