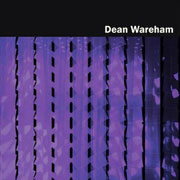 After all of his work with others, from Galaxie 500, then Luna, then with wife Britta Phillips at Dean & Britta (QRO spotlight on), only now has Dean Wareham tried to actually go solo (not counting his autobiography, Black Postcards – QRO review).  First came last fall’s Emancipated Hearts EP (QRO review), and now his self-titled full-length, which sees Wareham stay sweet, if restrained.

Interestingly, none of Hearts EP is on the LP, but then Wareham’s probably had a long time to build up a backlog of original material, as he’s mostly been either playing old Galaxie 500 songs, or doing 13 Most Beautiful… Songs For Andy Warhol’s Screen Tests (QRO live review), his & Britta’s accompaniment to the famed director’s screen tests.  However, Dean Wareham keeps the sweet ways of Hearts, starting with opener “The Dancer Disappears”.  The record all feels very Wareham, though he occasionally brings in some light tech sounds to show that he hasn’t completely been living in a cave this last handful of years.  That, and pretty much everything else on the album, is best done on “Holding Pattern”, from the Casio tones to rhythm to name-checking seventies bands (and some places – segue thanks to Boston and Kansas…).

Admittedly, Dean Wareham doesn’t bowl you over, and it’s more for long-time fans of Wareham (in whatever project).  It’s stripped and quiet even for the anything-but-loud-and-rockin’ man, and some songs can feel only nice (such as “Heartless People”).  One does somewhat wish for more songs like the bigger (but not ‘big’) “I Can Only Give My All” (though maybe that’s because of the sitar or sitar-like sounds in it…).  But wherever Wareham goes next (he’s still married to Phillips, and she’s presumably still playing bass behind the solo album tour), he’s on strong ground.