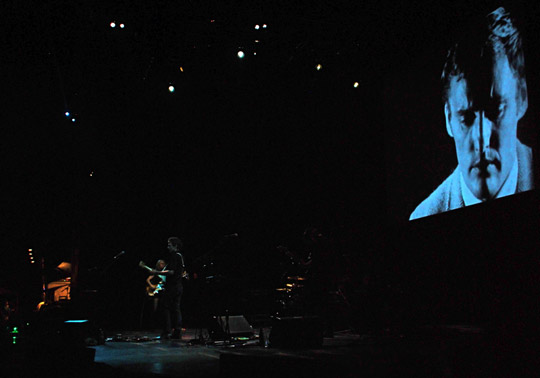 Andy Warhol has always been something of an elusive touchstone, hidden behind shades & a mop-top of white hair.  While everyone knows the name, and can picture the face, what he’s acclaimed for is itself less well-known: your average American would probably cite his quote, “In the future, everyone will be famous for fifteen minutes” – the line that spawned the concept of ‘fifteen minutes of fame’ – or maybe his paintings of Campbell’s Soup cans.  However, the former is famous-for-being-famous (if the original famous-for-being-famous…), and the latter a representation of something else, outside of him.  Even his famed Factory circle has receded with time in the popular consciousness. 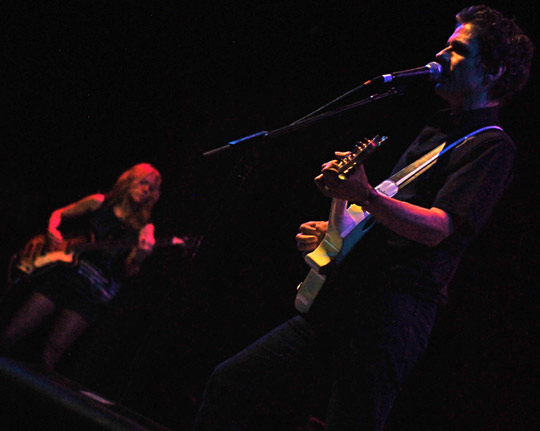 Click here for photos of Dean & Britta at CMJ 2007 in New York, NY in the QRO Concert Photo Gallery

Yet a touchstone Warhol still is, thanks to critical adoration, not to mention being early on the counter-culture wave – only the beat poets of the fifties beat him out, and then only just.  He and the world that surrounded him in the sixties at ‘The Factory’, his New York studio that was, in its heyday, the center of the city’s hip culture, are somewhat untouchable – witness the scorn heaped upon Factory Girl, the 2007 movie about Warhol and the most famous resident of The Factory, Edie Sedgwick (though most of the scorn was focused on Sienna Miller, for her portrayal of Sedgwick, and issues surviving Factory residents like Bob Dylan & Lou Reed had with the script).  For artists, if you’re not David Bowie (QRO album review – who wrote the song “Andy Warhol”, and played a later version of him in 1988’s bio-pic Basquiat), how can you interpret Warhol?  Dean & Britta accompanied the icon as he turned the camera on Factory regulars for 13 Most Beautiful…, first on DVD, and then live, at Prospect Park Bandshell on August 1st for Celebrate Brooklyn! (QRO Festival Guide). 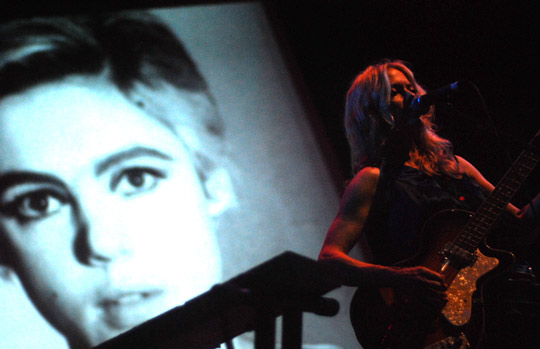 The ’13 Most Beautiful’ are thirteen screen tests Warhol made of individuals at The Factory, just a close up on their face, without dialogue, without even sound.  The Andy Warhol Museum commissioned alt-pop duo Dean Wareham & Britta Phillips to put songs to the thirteen screenings, for 13 Most Beautiful… Songs For Andy Warhol Screen Tests DVD.  Wareham & Phillips’ work, currently as duo Dean & Britta (QRO album review), before that in Luna and (for Wareham) Galaxie 500, has always had an artistic air, as well as the soft, restrained wash of such Factory musicians as The Velvet Underground and Nico.  They approached Warhol with reverence, but not tentatively or over-revering, and nor did they attempt to outshine his screen tests.  Of course, it was made easier by the fact that a) Warhol was in none of the screen tests himself, and b) the tests were so limited, just a face on-screen for a few minutes.  There was lots of room there, which gave Dean & Britta some space to play with, but they never got lost.

At Prospect Park Bandshell (QRO venue review), the tests were displayed above the band, on a large screen.  This did limit the lighting upon the band itself (and when Phillips played keyboards, she seemed to be leaning out of what light there was on her), and the seated audience was naturally rather subdued (and older – especially since it was up against day two of All Points West).  Since only a few of the faces were recognizable today (and they’d aged a lot in the past forty-plus years), Dean & Britta would usually either introduce or postscript a test/piece, by telling a little something about the subject:

Some of the screen tests naturally played better than others.  Lou Reed stood up very well, sucking on a Coca-Cola, almost like he was mocking the then-only-beginning industry of product placement (he was a little hard to make out at first, behind the Coke, shades, and forty-five years of youth…).  However, the guys you hadn’t heard of could seem a little smug, ‘Oh, aren’t I beautiful, aren’t I special’ – a complaint that actually could be directed at any of the subjects, or even Warhol himself.  Edie Sedgwick did convey what Sienna Miller couldn’t, but the really nice surprise was lesser-known Ingrid Superstar, sort of the anti-Edie, looking similar, but having fun (even giving the subliminal finger to the camera), whereas Sedgwick was doing her damnedest to emote. 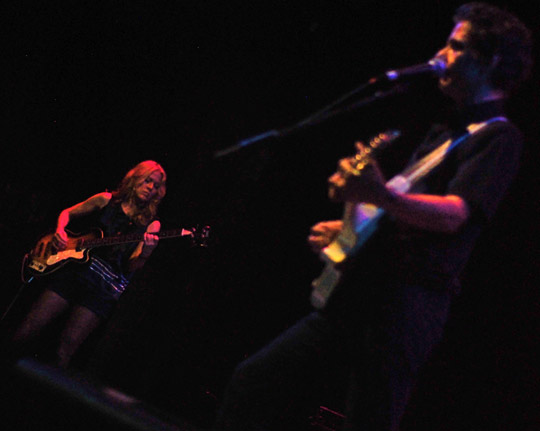 The musical choices did go well with the screen tests, though Richard Rheem got a little short-shifted – no introduction, no one even at the center of the stage during his part.  They also could have done more for a pre-Easy Rider Dennis Hopper.  Covering the recently-discovered “I’m Not a Young Man Anymore” by/for Lou Reed obviously went down nicely, but it was maybe Dean & Britta’s own “Knives From Bavaria” that was the best fit, for following, final test subject Jane Holzer (who also didn’t just sit there, looking pretty & smug, but treated the camera like the bathroom mirror and brushed her teeth).

Dean & Britta did return for an encore all their own (sort of), “Fourth of July” by Galaxie 500 (Wareham’s band before Luna/Phillips) – and it was Wareham’s birthday.  However, the night belonged to Andy Warhol’s 13 Most Beautiful friends – leaving Warhol himself the elusive touchstone, once again. 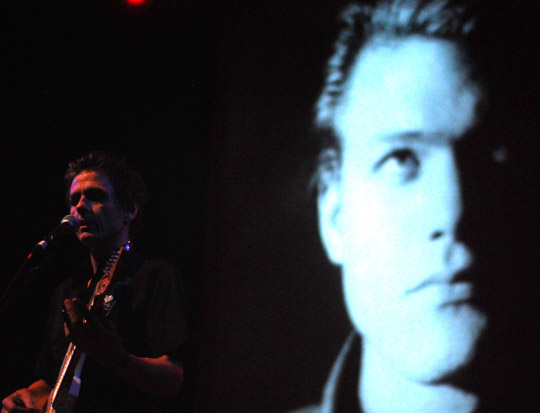