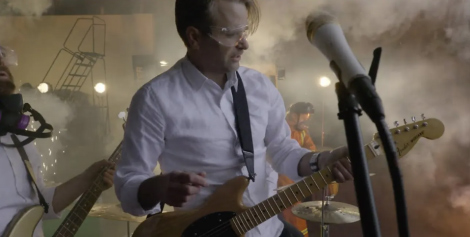 Back in the dark days of March/April 2020, when COVID shut down just about everything, one of the few lifelines, one of the few reasons to even know what time (or day) it was, were the livestreams from Benjamin Gibbard of Death Cab for Cutie. He eventually had to give them up to work on a new record, and now that’s bearing fruit: Asphalt Meadows is coming out September 16th, and DCFC has just put out “Roman Candles”, with an accompanying explosive video.

Watch the video for “Roman Candles”: