Death by Audio closed on November 22nd, 2014, as the space (including Glasslands) was converted into the new Brooklyn offices of VICE Magazine. Death By Audio is located on... 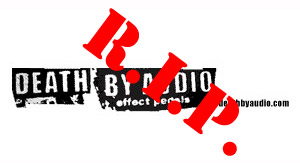 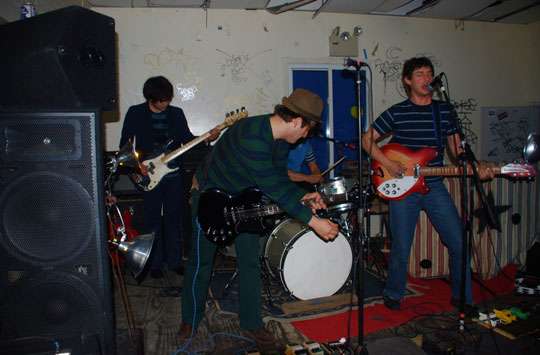 Death by Audio closed on November 22nd, 2014, as the space (including Glasslands) was converted into the new Brooklyn offices of VICE Magazine.

Death By Audio is located on 49 South 2nd Street, Brooklyn, between Wythe & Kent Avenues, just off the East River, three blocks north of the Williamsburg Bridge.  Death By Audio is primarily a pedal effects company, run by band A Place To Bury Strangers, with two rooms on the ground floor lent as a performance space.  It is in the same building as Glasslands, whose entrance is around the corner on Kent Avenue.

The two rooms (plus an entryway) that make up Death By Audio are barely ‘converted’: the larger, front main room just has some speakers on either side of the band, who play with their backs to the street wall (with some space between the house-right speaker and the entrance).  Other than that, the main room is virtually unadorned (even a trash can is hard to find), with graffiti on the walls.  The back room has a little more in the way of furniture (though still has graffiti), including some chairs and a couch against the house-left side (with the merch table in front of the couch), the bathroom in the back, and a beer table just to the left of entering.  Like the late Danbro Studios, the wall without seats has a projector projecting a film of something up on it, without sound.

While no longer booked by Brooklyn concert organizer Todd P, the bands at Death by Audio still tend towards the usual line-up of ‘Todd P bands’: Brooklyn-based, tending more towards the wild live show than high musical skill.  However, the line-ups have widened since Entertainment4Every1 took over booking, with more artistic, and not as strictly Brooklyn acts, but still young.  The management isn’t exactly that strict: it is quite easy to sneak in your own beer, and they don’t even seem to check IDs at the door (though the beer table does sell Coke for under-age fans).  This does keep the beer prices low, and the ticket prices are, understandably, cheap as well.  DIY and unimpressive, it’s not really meant to be, but definitely serves its purpose as a place to hold a show. 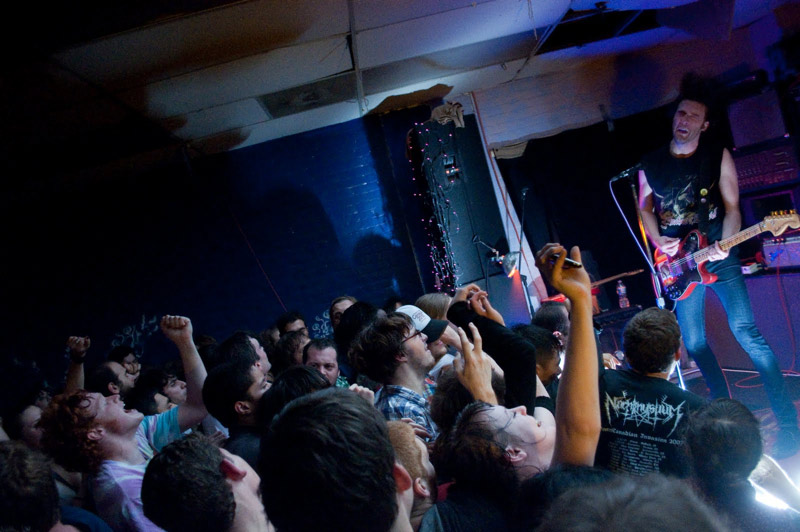