As everything old is new again in the twenty-first century, various sounds from the twentieth have been reborn (sometimes even with the original artists).... 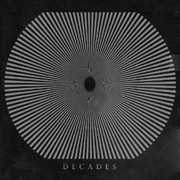 As everything old is new again in the twenty-first century, various sounds from the twentieth have been reborn (sometimes even with the original artists).  The eighties have been a particularly fertile decade, in new wave, post-punk, and the soundtracks to John Hughes movies.  In fact, it’s gotten to be a bit of an overload, to the point where a band needs to do more, and do it very well, to stand out.  Doing exactly that is Toronto’s Decades on their self-titled debut release.

Decades opens very strong with “Tonight Again”, a powerful, evocative, post-punk tragedy that catches even the most jaded of listener’s ear.  The band nicely doesn’t stick to one neo-eighties style, as following is the higher & more atmospheric “Any Wonder”, then the angular “Celebrate”, then the sadder, softer, and fuzzier “Old & Aging” – there’s even a John Hughes film number in the subsequent “Only After”.  Decades even do speedy road attack in closer “Washed”.  The pieces with energy, such as “Washed”, “Tonight” or the equally evocative (but now angular) “Move Me”, naturally do better than the more relaxed pieces, which can feel a little like filler, but that’s only relatively speaking.

With all the neo-sounds out there these days, especially the neo-eighties, one hopes that Decades don’t get lost in the mix, as they’re doing something more – and doing something better.