John McCauley, CEO of Deer Tick, sported a full roses suit as Deer Tick laid a few of the new songs elegantly upon the City of Roses.... 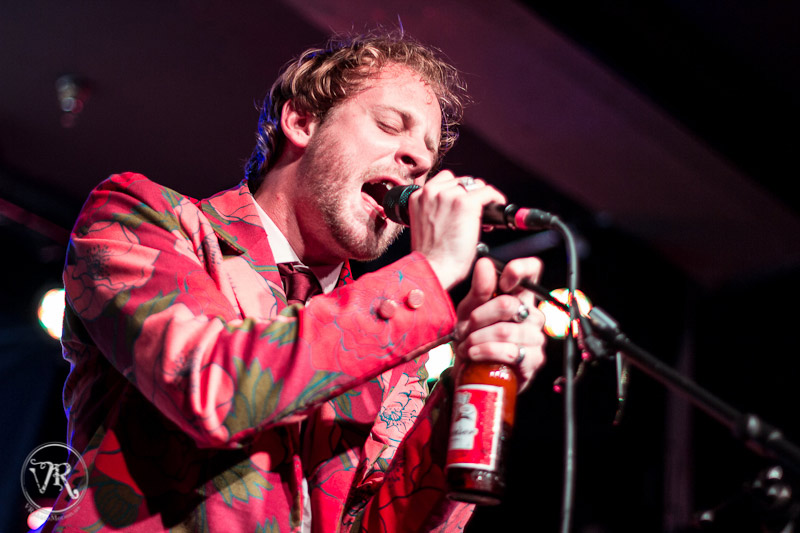 Click here for photos of John McCauley of Deer Tick at Zankel Hall in New York, NY on October 27th, 2012 in the QRO Concert Photo Gallery

Click here for photos of Deer Tick at Red Hook Park in Brooklyn, NY on June 21st, 2012 in the QRO Concert Photo Gallery

Click here for QRO’s review of Deer Tick at Mission Theater in Portland, OR on May 25th, 2012

Click here for photos of Deer Tick at Antone’s in Austin, TX on April 29th, 2012 in the QRO Concert Photo Gallery2

Click here for photos of Deer Tick at Openhouse Gallery in New York, NY for RS Fest on December 12th, 2011 in the QRO Concert Photo Gallery

Click here for photos of Deer Tick at Webster Hall in New York, NY on November 20th, 2011 in the QRO Concert Photo Gallery

Click here for photos of Deer Tick at Plaza Theatre in Orlando, FL on November 19th, 2009 in the QRO Concert Photo Gallery

Click here for photos of Deer Tick at Prospect Park Bandshell in Brooklyn, NY on August 7th, 2009 in the QRO Concert Photo Gallery

Making a lovely fall Portland ‘hump day’ gloriously rowdy, John McCauley, CEO of Deer Tick, sported a full roses suit as Deer Tick laid a few of the new songs from Negativity elegantly upon the City of Roses at Wonder Ballroom on Wednesday, October 23rd.  Deer Tick’s charged, two-hour set of their Negativity tour could have benefited by playing more of the songs from the album, but the five they played went down incredibly smooth.

McCauley greeted the crowd somberly, very uncharacteristic of the Deer Tick we’ve grown to love in Portland.  He strapped on his guitar and sat down at the piano to open with “The Rock” from the new album, which McCauley graciously told the audience was recorded in Portland.

“I thought I’d wear my Rose-City suit”, said McCauley.  “Cheers to you guys.  Thanks for coming!”

The suit was brilliant, literally – red, with huge pink roses of various hues covering it.  The show was both heartfelt and oh so wonderfully, purely, authentic Deer Tick, but with a softer side, cushioned with harmonies, keys and the saxophone.

McCauley’s wild antics on stage are what make Deer Tick so thrilling.  Now that he’s almost sober, we were curious as to how this would translate in the live show.  He definitely had a ‘master of ceremonies’ vibe to him rather than the wild man throughout; but the wild man – spontaneous McCauley – did come out towards the end of the show as he downed beers and showered the first few rows with them.

They played the new songs, “The Rock”, “Just Friends”, “Mr. Sticks”, “Thyme”, “Sticks”, and “Trash” elegantly interwoven with crowd favorites, “City of Sin”, “Miss K”, and “These Old Shoes”, to name a few.  McCauley engaged the audience with both his musical prowess and notorious gravely vocals, and his ability to engage the audience with his storytelling.

“As the CEO of Deer Tick, I’d like to welcome you to the portion of the show when we play a Hank William’s song, ‘I Can’t Help it (if I’m Still in Love with You),’” announced McCauley before asking spontaneous questions of his bandmates. 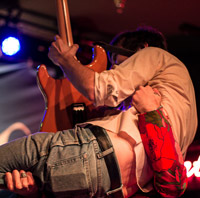 He called for Jimmy Russell of The Quick & Easy Boys to play guitar on the jazzy, groovy number, “Trash”.  Without an instrument, McCauley took full advantage of his place as frontman, roving the stage with microphone in hand.  A circus master came to mind.  At the end of this, he picked Russell up and carried him as if over the threshold of some rock and roll marriage hut. 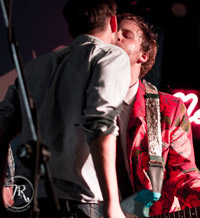 Robert Ellis joined them during “Miss K”, and things started getting a nice country twang as they played “12 Bar”, together.  Ellis jumped from the stage for some stage dive action, as beer was showered over the audience.  Everyone got rowdy.  Back on stage, Ellis spit beer in McCauley’s mouth, and they kissed, reminiscent of McCauley and Jonas Stein from Turbo Fruits at the Mission Theater last year (QRO review).

Their guitar tech obviously loves his job and showered the crowd with more beer as he rallied them into a chant of “Deer Tick!” for the encore.

The heart of Deer Tick continues to beat with rambunctious fever.  Negativity and their outlook is one of maturity, but they aren’t losing the chaos and spontaneity in their live shows any time soon. 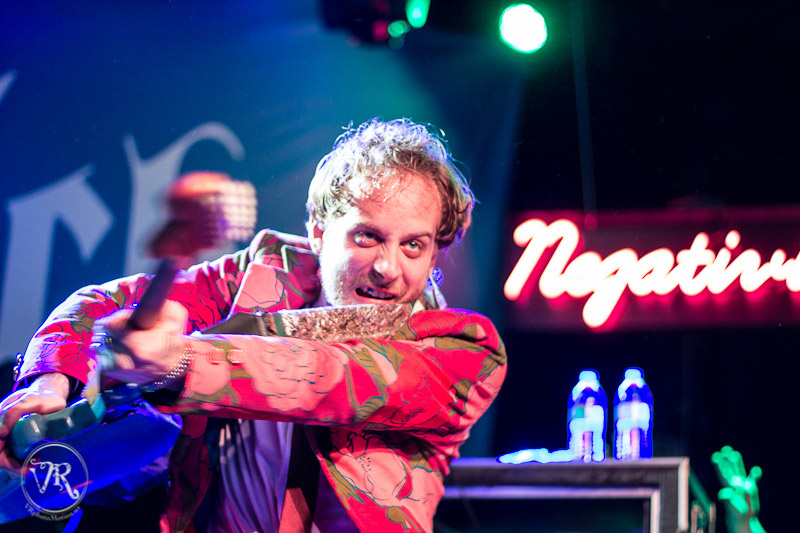 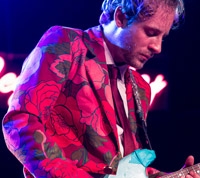 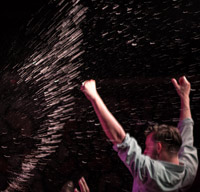 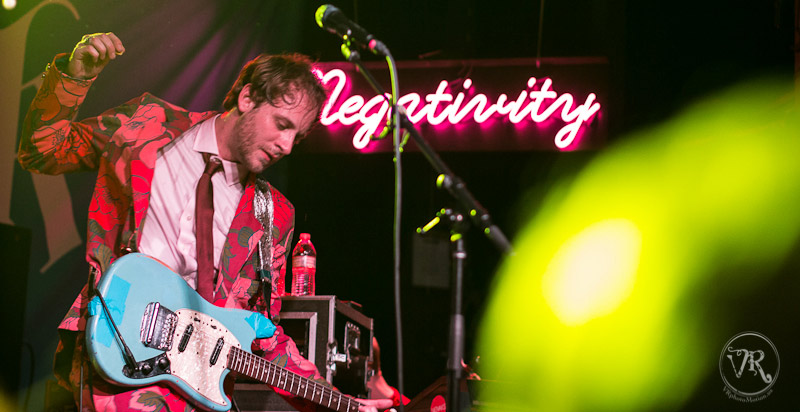