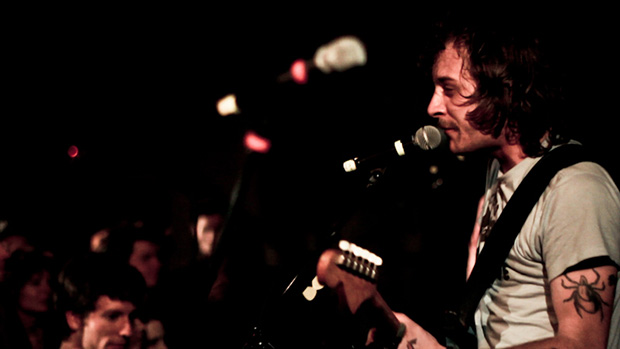 — Rainbows and Lightning!  The Deer Tick and Turbo Fruits tour.

Fire got roaring big time with a glorious rainbow and lightning just as Portland was getting ready for the rock ‘n’ roll that is Deer Tick on Friday, May 25th.  Deer Tick’s irresistible rock energy is always heightened live, and the intimate, sold out Mission Theater felt highly charged. Click here for photos of Turbo Fruits at Music Hall of Williamsburg in Brooklyn, NY on May 11th, 2015 in the QRO Concert Photo Gallery

Click here for photos of Turbo Fruits at Mississippi Studios in Portland, OR on April 28th, 2015 in the QRO Concert Photo Gallery

Click here for photos of Turbo Fruits at CMJ 2009 in New York, NY in the QRO Concert Photo Gallery

Turbo Fruits from Nashville, TN opened up with relentless rock ‘n’ roll energy and fog machines.  During their set, Jonas Stein (vocals, guitar) thanked Deer Tick for the tour of a lifetime.

“I’d like to Thank Deer Tick very much for taking us out on tour with them.  We’re having a goddamn blast!  This has probably been the most fun tour we’ve ever had in our lives; so thank you Deer Tick!”

Toward the end of Turbo Fruit’s set, Deer Tick joined them to sing backup in their garage rock song, “Mama’s Mad ‘Cos I Fried My Brain”.  Turbo Fruit finished their set with powerful guitar riffs to a hyped up, screaming Portland crowd. 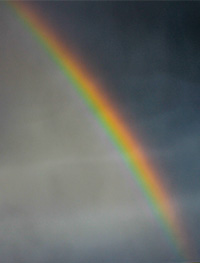 Your correspondent met up with Jonas after their set and he said that rainbows had indeed been following them.  They reminisced about Nashville for a bit, and he told her how much fun they were having on tour with Deer Tick.  The energy was contagious.

Turbo Fruits playing “Mama’s Mad Cos I Fried My Brain” with Deer Tick at Mission Theater in Portland, OR on May 25th, 2012: 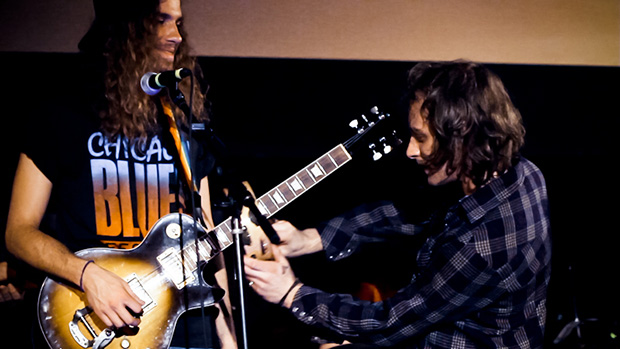 Photos of Deer Tick at Plaza Theatre in Orlando, FL on November 19th, 2009

After a short break, Deer Tick began their set with “The Bump” and finished up with “Let’s All Go To the Bar”.  In between was ruckus, rock ‘n’ roll, some heartfelt moments, and lots of Jameson.  One can never be sure what will unfold at a Deer Tick show, but to be certain; it’s always a kick ass time!

Absolutely everything they played was followed by hooting and hollering, whistling, and beer raising from the audience.  The audience sang along to “Ashamed” and met Rob Crowell’s sexy saxophone playing with catcalls and cheers.

Always humble, McCauley thanked the Portland crowd for coming out, “You could’ve gone anywhere tonight and you chose us, and we thank you for that!”

He also conducted a seminar in civil discourse, “I’m going to teach you a lesson in democracy.  You guys are going to be voting between songs and you vote by cheering.”

The first vote was between, “Art Is Real” and “Houston, TX” – “Houston, Texas” won to a swooning, hollering crowd.

“Thank you – and now for your second lesson in democracy,” replied McCauley after playing “Houston, TX.”

Kick it!  The place blew up with a rockin’ Beastie Boys tribute, “Fight For Your Right”.  Closing the show, Turbo Fruits joined Deer Tick to finish everyone off with “Let’s All Go To the Bar”.

Crowd and band members alike were jumping, singing and slinging beer.  If you can make any of the following Deer Tick & Turbo Fruits dates you won’t be disappointed: