<span style="font-style: normal"><img src="https://www.qromag.com/wp-content/uploads/2010/01/demanderfuturebrite.jpg" alt=" " />How much cooler would the world be if every Iowa farm girl tore up her Miley Cyrus posters and started listening to Demander?</span>... 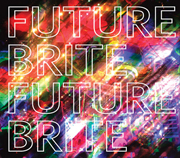 It’s no accident that the song titles off Demander’s new album Future Brite – "Math", "Books", "Conversations", "My Heart Has Changed" – read like the plot outline to your favorite Degrassi Junior High episode.  With their breathy, emoting vocals and gleaming pop architecture, Demander is targeting the youth demographic in a big way (the real youth demo, not the 20- and 30-somethings wandering around lower Manhattan with their iPhones!).  This is musical territory that, like Eastern Europe, is often ceded to dark forces in times of crisis.  Britney Spears, Ashley Simpson, and Hannah Montana are a contemporary axis of evil that threatens the aesthetic decency of every highschooler.  So it’s especially edifying to see a spunky band like Demander reconquer that territory in the name of the good guys (and gals).  How much cooler would the world be if every Iowa farm girl tore up her Miley Cyrus posters and started listening to Demander?

There is a cabaret-type quality to Future Brite that can be directly attributed to the bassist and lead songstress Karen Kanan Corrêa.  She has a voice that can mimic certain stereotypes, the Shy Girl, the Queen Bitch, the all-American, the Brat, and play them off each other like characters in one-act plays.  The talent for ‘acting out’ lyrics will remind you of another songstress with a flair for the theatrical, Emily Haines (QRO live review) of Metric (QRO live review).  When it comes off right – like at the end of "Conversations", and all throughout "Math" and "Common" – the songs will hit you right in the gut (and heart).  But of course, if you’re a theater-regular you’ll have to admit there are times when even the most well organized productions drag.  Call it character development, call it what you will.  The beginning of "Conversation" and most of "Degaulle" will have you begging for the payoff.

No review of Future Brite could go without mentioning the superb instrumentation and production across the board.  This album sounds extraordinary – even the feedback is polished.  The drums explode; the twinkling piano sounds like it fell down from a cloud; the bass thump goes straight to your hips; and the guitar textures are so diverse that you’d think a bevy of instruments were making those noises instead of one beautiful six-string.  Sivan Harlap (drums), Jared P. Scott (guitar), David Kurutz (guitar) and Ms. Corrêa are clearly all incredible musicians capable of great things.  On Future Brite they appear to have deliberately restrained themselves in terms of composition: doing what they know they can do superbly, instead of risking on novel forms.  All edges are rounded off and the sparkle that comes off this album is almost blinding.

The final result is a collection of songs that would almost sound strange if they were played in your local club.  This music is arena-ready.  If the major (or major-indie) labels have fallen asleep on this one, they’re going to be kicking themselves.  Demander has shown they are ready to roll.  So much so, the band is entirely capable of having a "don’t hate me because I’m beautiful" moment.  Would the same crowd that followed Demander in grungy Manhattan dives feel the same way about them if they heard the quasi-Christian revival themes of "The Rising" during a Super Bowl halftime spectacular?  That’s probably a silly question that doesn’t need to be answered.  More important is the fact that Demander is making great music right now.  If you’ve ever met the love of your life more than once, you may not buy into the breathy, emotional posture – but you’d be a liar if you didn’t admit that Demander plays damn fine rock ‘n’ roll.