The summer '17 season of House of Vans started in full with Digable Planets & Joey Purp.... 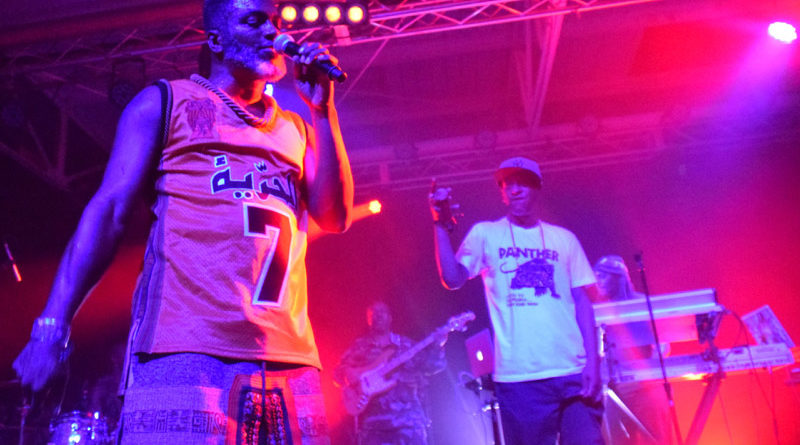 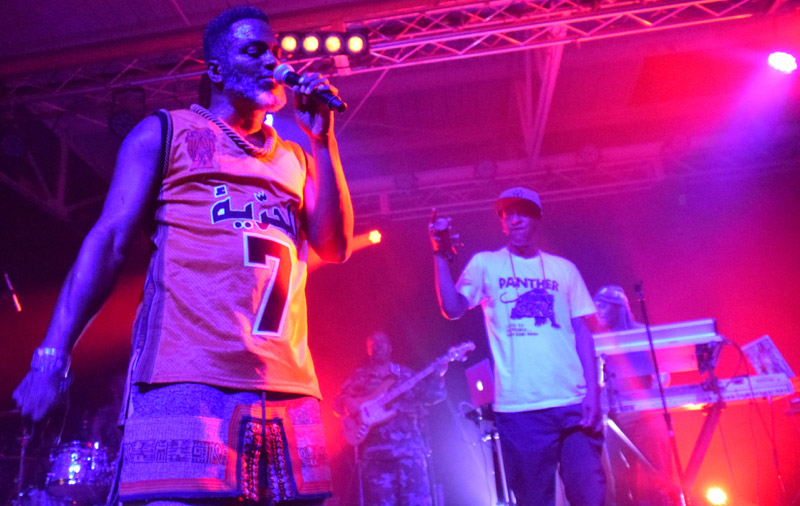 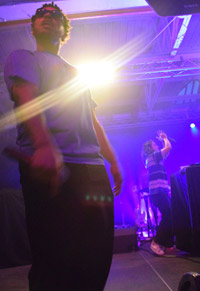 Unfortunately, things have mostly shrunk since then. River-to-River is a shadow of itself, while South Street Seaport is still being repaired from damage wrought by Hurricane 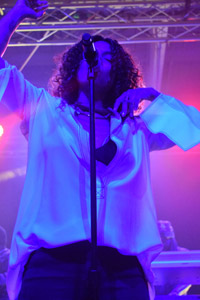 Sandy & more. SummerStage & Celebrate Brooklyn! both still put on full summer schedules, but like always they lean towards the high-falutin’ & family-friendly (with pricey drinks). And the Pool Parties achieved their goal of raising enough money to convert McCarren Park Pool back into an actual pool.

One of the few places to rise has been Brooklyn’s House of Vans (QRO venue review), whose official summer season started on Thursday, May 18th with Digable Planets and Joey Purp. 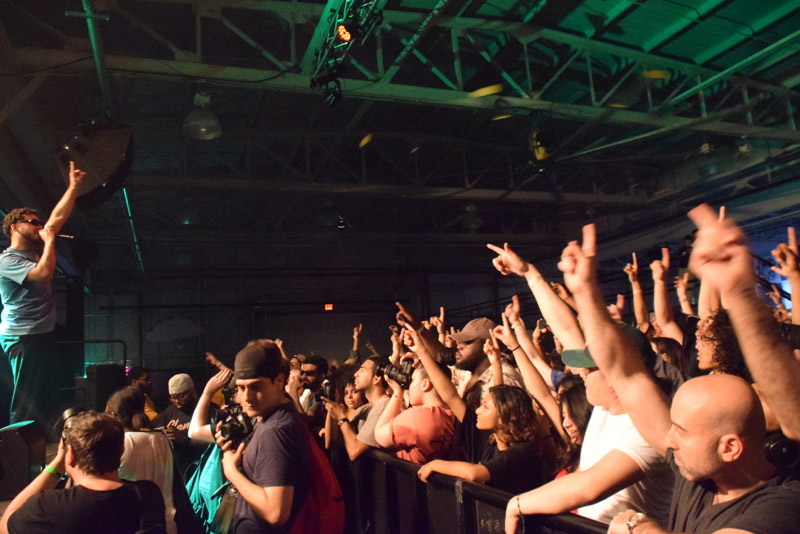 Summer had started in more ways than one, as it was maybe the first out-and-out hot day of 2017 in NYC. House of Vans is a mixture of an indoor warehouse and an outdoor space, but both are very open, and were quite hot. The heat (and school still being in season) might have limited the turn-out, as there wasn’t a huge line for the regular free beer – though was for the sole taco truck, which led to something of a cluster-fuck in front of it, later in the evening (when respect for the line had declined, more beer had been drunk, and the harried food truck staff stopped taking people’s names with their orders or separating windows for receiving & delivering orders). The heat also drove VIPs into the air-conditioned VIP space. 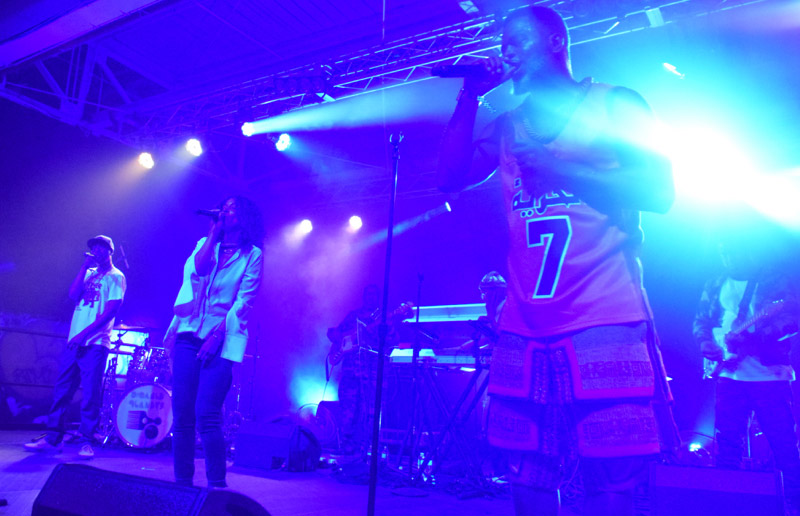 Click here for photos of Digable Planets at 2016 Pitchfork Music Festival in Chicago, IL in the QRO Concert Photo Gallery

The two musical acts in some ways reflected how hip-hop has shifted in the last thirty years. While once it was dominated by East Coast & West Coast, such as headliner Brooklyn’s Digable Planets, nowadays flyover country is fully in on the game, from Hotlanta to even Toronto, and especially Chicago, opener Joey Purp’s home. While Planets’ multiple singers had a full band behind them, Purp was solo with just a DJ (though JP did sit at the front lip of the stage at one point). Digable Planets were known in the early nineties for their accessible alt-rap in songs such as “Rebirth of Slick (Cool Like Dat)” and “Where I’m From”, a flipside to the alt-rock boom of that era, when the economy was booming and the worst thing a President could do was lie about sex, while Joey Purp had a much tougher edge for today. 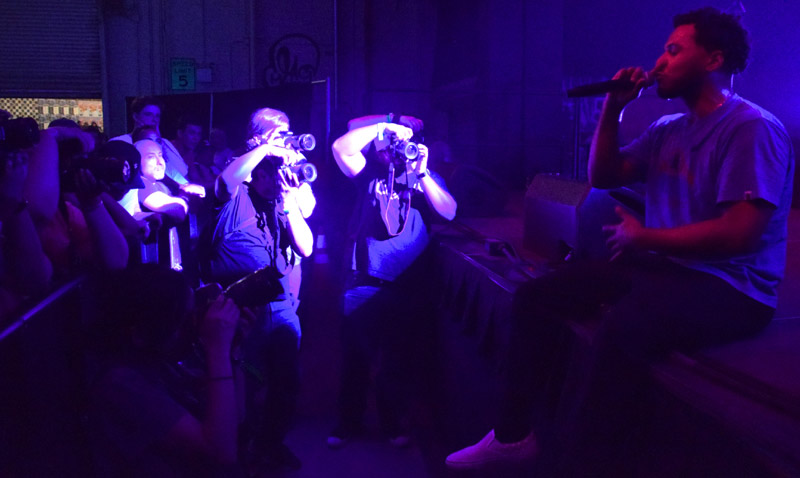 The House of Vans Brooklyn summer season continues on (and now there’s a House in Chicago, too), through into August: 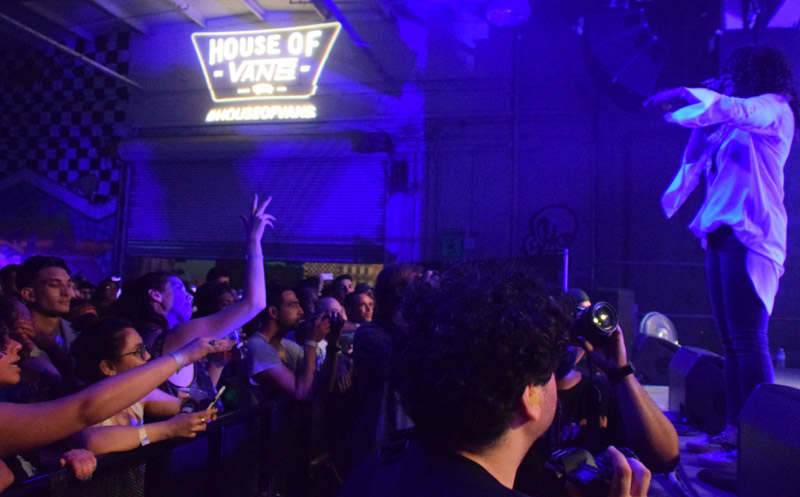