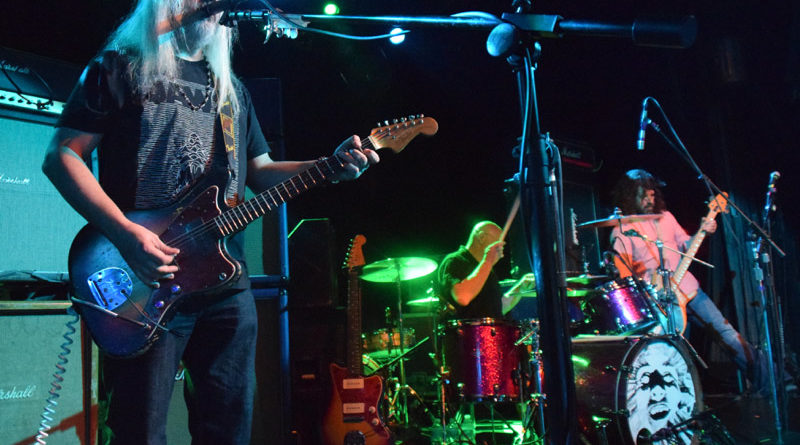 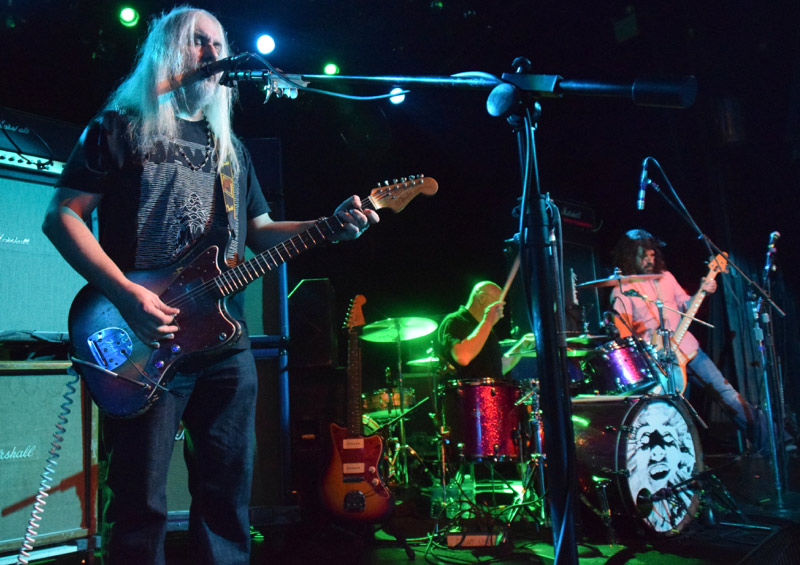 QRO’s review of Dinosaur J. at Music Hall of Williamsburg on January 17th, 2010

Even among all the reunions and rehashes, and not just the musical ones, Dinosaur Jr’s stands out. Their break-up was a true break-up, with first bassist Lou Barlow and then drummer Murph splitting with bad feelings from singer/guitarist J Mascis (read their chapter in Michael Azerrad’s Our Band Could Be Your Life, or listen to Barlow’s post-Dinosaur Sebadoh song, “The Freed Pig”). They were not some also ran but highly influential in their alt-grunge day – Dinosaur Jr t-shirts, with their characteristic drawings, were a staple once upon a time, and their sound can be heard today in everything from heavy to indie. Their 2005 reunion was an early one, compared to their peers, at first just playing re-released old material, then bringing out brand-spanking new records Beyond (QRO review), Farm (QRO review), I Bet On Sky (QRO review), and this year Give a Glimpse of What Yer Not (QRO review) – which have been as good anything they released in the twentieth century. And they came behind their latest for a two-night stretch at New York’s Irving Plaza (QRO review), concluding on Thursday, December 1st. 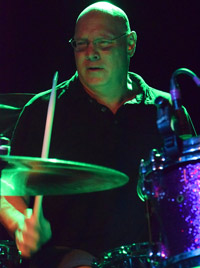 Came back, for it was just under a decade ago that Dinosaur Jr played Irving Plaza (QRO photos), touring behind Beyond – and exactly a decade ago that they played NYC previewing that material. Some reunions wear out their welcome, start repeating themselves, or descend into something less (for all three, see Dinosaur Jr’s Massachusetts contemporaries Pixies). But Dinosaur Jr are as vital as ever, whether on new material, old new material, the classics, and more. 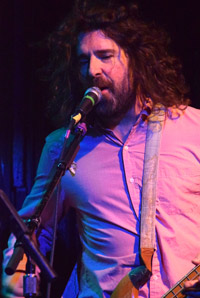 Yes, Glimpse held the lion’s share of the set list at six songs (out of eighteen), but there were cheers from the crowd when Mascis announced that they were gonna play some new stuff, like “Goin Down” or “Tiny”. The other two-thirds of the set was drawn from across the band’s discography, starting with their first record, self-titled Dinosaur (back before a lawsuit forced them to add the “Jr”) with opener “Bulbs of Passion”. There were eighties alt-singles like “The Wagon” and “Freak Scene” – the former done “seven-inch style” with an additional guitarist – and even from their early nineties post-Barlow grunge era commercial success, “Get Me”, “Start Choppin’”, and “Feel the Pain”. Beyond’s “Crumble” and I Bet On Sky’s “Watch the Corners” fit in nicely (though none from Farm). For their encore, there was “Training Ground” from Barlow & Mascis’ pre-Dinosaur Amherst band Deep Wound (with the great shouted chorus, “I never went to college!”), their ultra-classic cover of The Cure’s “Just Like Heaven”, and growly “Mountain Man” finish. 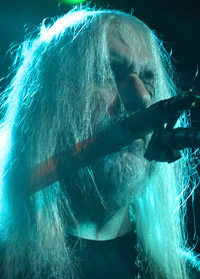 Mascis, with his trademark long grey, Gandalf-like locks, was positioned in front of his circle of amps, wailing just the right amount on his guitar – skilled and impressive (and loud) without being self-indulgent. Barlow was bouncing like a madman, his own curly black hair going every which way, yet was somehow still able to keep time with (bald) Murph, whose drum kit was positioned right up front. Barlow also played in socks, which is somehow the most Lou Barlow thing ever.

Irving Plaza was packed, pushing fans back thanks to heavy jackets, heavier fans, and the venue’s unfortunate new VIP/paid upgrade restricted standing areas (like the entire balcony), though it’s not like you couldn’t hear band. Yes, the crowd was older, though not as male-heavy as one might have expected. Likely most-to-near-all had seen Dinosaur Jr before, and this show wasn’t revelatory to those who had, but instead just another great show from a band that’s being consistently great. 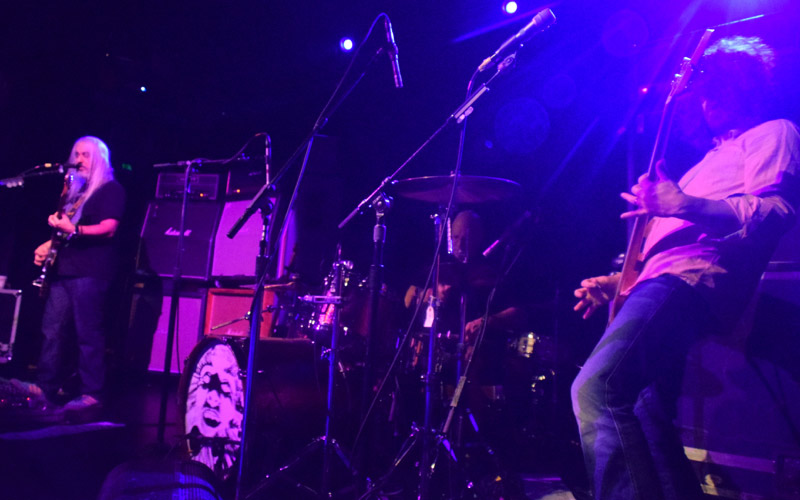