You can rely on Dinosaur Jr.... 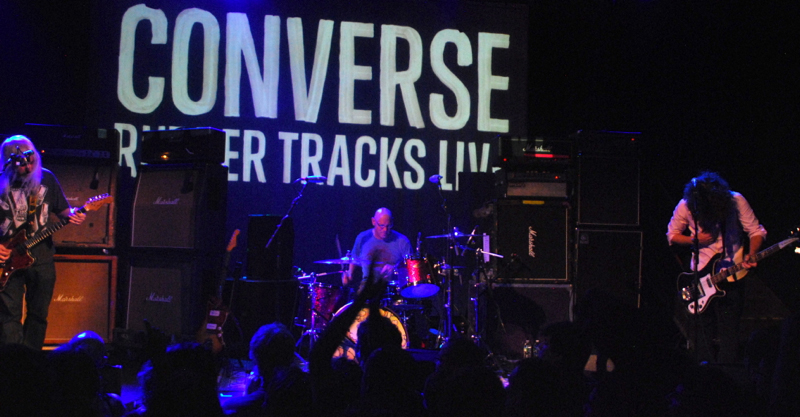 QRO’s review of Dinosaur Jr. at Music Hall of Williamsburg on January 17th, 2010

In alt-rock, it’s getting harder and harder to find true reliability these days. Your favorites are breaking up & reuniting & breaking up again. There are countless hiatuses for solo projects, side projects, side groups, supergroups, soundtracks, and more. In a world where Kim Gordon & Thurston Moore divorce, is there anyone you can rely on?

You can rely on Dinosaur Jr.

The trio of singer/guitarist J Mascis, singer/bassist Lou Barlow, and drummer Murph burst out of Amherst in the late eighties with three records on SST that perfectly combined punk and rock, but Barlow was kicked out before Dinosaur Jr. found wider commercial success in the grunge heyday of the early nineties. Murph left and J hanged up the name by the end of the century/millennium, but the original trio reunited in 2005 for re-releases of those first three records on a label that wasn’t a screw-up. More/most importantly, they’ve gone on to make three new records that are as good as anything in the band’s discography. There were little breaks here and there, like with any band, but after six months off J, Lou, and Murph returned to the stage at Music Hall of Williamsburg in Brooklyn on Wednesday, May 28th for a free ‘Converse Rubber Tracks’ show. 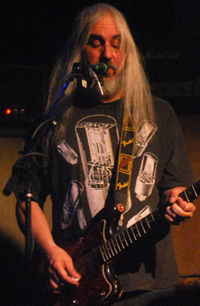 Sneaker companies are one of the most active in putting on free, sponsored indie shows (the only business group more active is alcohol), like the House of Vans (QRO venue review) just a handful of blocks to the north, which returns this summer. Converse even has its own ‘Converse Rubber Tracks’ studio a handful of blocks to the east, which puts it on its own free shows/events (like the following night, ASTR for FADER issue release party – QRO photos). But the Converse Rubber Tracks shows are held at ‘regular’ venues like Music Hall (QRO venue review), with free tickets – which disappeared fast for this event (so fast your correspondent missed out…).

The full show included Philadelphia’s Creepoid (QRO photos), New Brunswick’s Screaming Females (QRO photos), and a giant ‘CONVERSE RUBBER TRACKS’ banner, but it was definitely a Dinosaur Jr. crowd – you could tell because it was one of those rare instances where there was a line at the men’s room, but not the ladies. Dinosaur crowds definitely tend male, and not the handsomest of males (there’s no ‘manscaping’ here), with shouts of “Lou!” at the start of the set (to be fair, his name is easier to bellow than “J!” or “Murph!”) and, of course, a mosh pit. 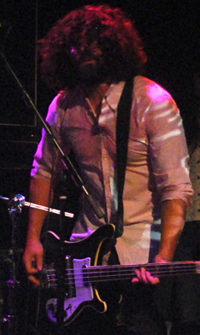 Many groups that reunite and put out new records often focus heavily on their newer material (see even older/reunited earlier Mission of Burma – QRO live review at Music Hall of Williamsburg), and Dinosaur Jr. would be forgiven for doing that considering how great their material has been this century/millennium, but that night there were only two songs (“Watch the Corners” and Barlow’s “Rude”) from 2012’s I Bet On Sky (QRO review), one (“Pieces”) from 2009’s Beyond (QRO review), and none from 2007’s Farm (QRO review). The set also naturally steered fairly clear of the nineties post-Barlow material (even if it was the most commercially successful – just singles “Feel the Pain” and “Start Choppin’”), with the lion’s share of the set list from the eighties – including pre-Dinosaur “I Didn’t Go To College”. This made for a heavier evening, replete with Mascis guitar solos and hands in the air for Mascis solos (which seemed perfectly timed to slow down/temporarily halt mosh pits). 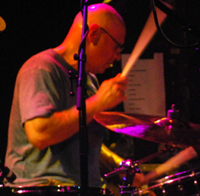 In some ways, it’s surprising that Dinosaur Jr. are ‘only’ playing venues like Music Hall of Williamsburg (QRO live review there a previous time), given the band’s long commercial and critical success. Of course, this was a special free show with tickets that maxed out early. But maybe it’s just that Dinosaur Jr.’s continued greatness has become so reliable that it isn’t even a story anymore – just really great. 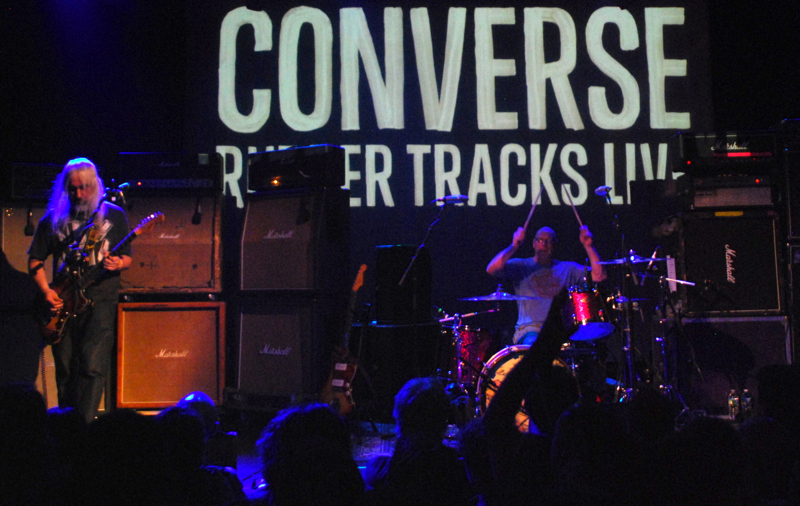