<img src="http://www.qromag.com/wp-content/uploads/2009/07/dirtyprojectorsbitteorca.jpg" alt=" " />Just because some alt-music is difficult to grasp, doesn't make it good - or bad. ... 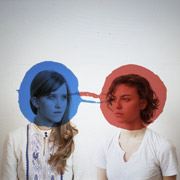 Too often in alternative music, something being difficult to understand, especially at first listen, is knee-jerk equated with being of high quality.  It’s understandable, as the very genre is meant to be an ‘alternative’ to the mainstream, and thus not as easily accessible as pop music.  But there’s also a ‘hipper than thou’, indie-cred element: if I get this, and you don’t, then I’m more ‘alternative’ than you.  Witness music-makers who are held up in highest esteem, like David Byrne or Björk – they often make music that is downright weird and off-putting, and that’s what the ‘true devotees’ consider their best (though that’s also because, the more unusual the output from your idol, the more likely it is to be their personal favorite, and thus you liking it puts you that much closer to your idol – though not that much…).  Some of this material is great, some is terrible, and much is terribly subjective, but it always seems like critics and ‘true tastemakers’ consider it all great (except when they get to be a hater, and then the knives are out!).  This is very much where the arrhythmic melodies of the Dirty Projectors’ latest, Bitte Orca, lay.

Click here for photos of Dirty Projectors at 2010 Sasquatch! in George, WA in the QRO Concert Photo Gallery

Click here for photos of Dirty Projectors at 2010 Norman Music Festival in Norman, OK in the QRO Concert Photo Gallery

Click here for photos of Dirty Projectors at 2010 Big Ears Festival in Knoxville, TN in the QRO Concert Photo Gallery

Click here for photos of Dirty Projectors at Williamsburg Waterfront in Brooklyn, NY on July 19th, 2009 in the QRO Concert Photo Gallery

Click here for photos of Dirty Projectors at Brooklyn Masonic Temple in Brooklyn, NY on December 11th, 2008 in the QRO Concert Photo Gallery

Comparing the Dirty Projectors to Byrne & Björk isn’t out of left field – it was only recently that the Projectors worked with the Talking-est of Heads on a joint contribution to the Dark Was the Night compilation (QRO review), not to mention appearing on stage together for Dark’s Radio City Music Hall (QRO venue review) performance.  And Björk & The Projectors threw an expensive-but-intimate charity show for Housing Works AIDS charity at Housing Works Used Bookstore (QRO venue review), though it was dogged after the fact by criticism for featuring too much Projectors, and too little Björk, for the hefty price tag ($100 each for the cheapest seats, $500 if you wanted to hobnob in the ‘VIP balcony’ with indie-celebs like Annie Clark of St. Vincent – QRO spotlight on – or M.I.A. – QRO photos).  The Dirty Projectors are younger, and certainly feature less stage props, but their music hews to that experimental, difficult-to-grasp on first listen-style, most notably in the arrhythmic guitar & sometimes-odd vocals of singer/guitarist/principal Projector David Longstreth (and unusual inspiration, like their last record, Rise Above, which was a ‘reimagining, from memory’ of Black Flag’s seminal punk record Damaged…).  And they’ve got the same kind of hipster/critical acclaim, reaching new heights with their new record.

So be prepared to be condescended to and told you ‘just don’t get it’ when you first listen to Bitte.  The disconcerting rhythm, the randomized volume changes, Longstreth’s weird voice – it’s all there right from the get-go with opener “Cannibal Resource”, almost as if the band wanted to alienate ‘regular’ ears.  Yet, after more spins, Bitte does begin to make sense, or at least make its own sense.  One begins to hear how the melodies match up to the odd rhythms, how it crafts something certainly unusual, but not a mess.  This is not the first record to start off by putting off, and then benefit from further listen, but it’s certainly more extreme in that aspect than most.

There are highs and lows to Bitte, like on any album.  One of the clear highs is the female vocals from guitarist/keyboardists Angel Deedorian & Amber Coffman, plus new Projector Haley Dekle.  Their tones are beautiful without being sweet, and can range from the alt-folky “Two Doves” to the kinda funky, kinda electronic “Stillness Is the Move” before it.  Even when just dueting with Longstreth, the whole vocal apparatus is raised to a new level.

Though there are moments of smoothness, like the less-affected-but-still-interesting “No Intention”, as out on a limb as Dirty Projectors go, they were bound to go too far sometimes.  “The Bride” improves when shifts from stripped to rock, but it seriously sounds like it’s a skipping record.  Finisher “Fluorescent Half Dome” takes the strong croon of the preceding “Remade Horizon”, but then just goes further & further & further with it.  And “Useful Chamber” is too long – a very common problem with this type of music, and one that Bitte actually, overall, avoids relatively well.

How one feels about Bitte Orca, how one feels about Dirty Projectors, kind of comes down to an alt-version of looking at that famed half glass of water: do you praise them for making a record that gets better & better with each spin, that rewards further study and comprehension, or do you feel annoyed that they’ve made an album which seems deliberately difficult to hear upon first listen, and forces you to either drop it and be considered without taste, or grind through something that’s supposed to be enjoyable?  Whatever it is, at least go into Bitte Orca with your eyes open, as well as your ears.

MP3 Stream: "Stillness Is the Move"