The Madchester sound that is undergoing a renaissance, not least through the endeavours of DMA’s.... 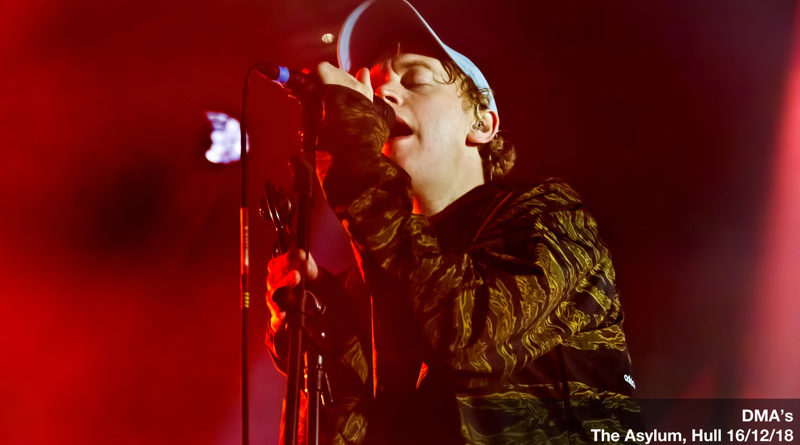 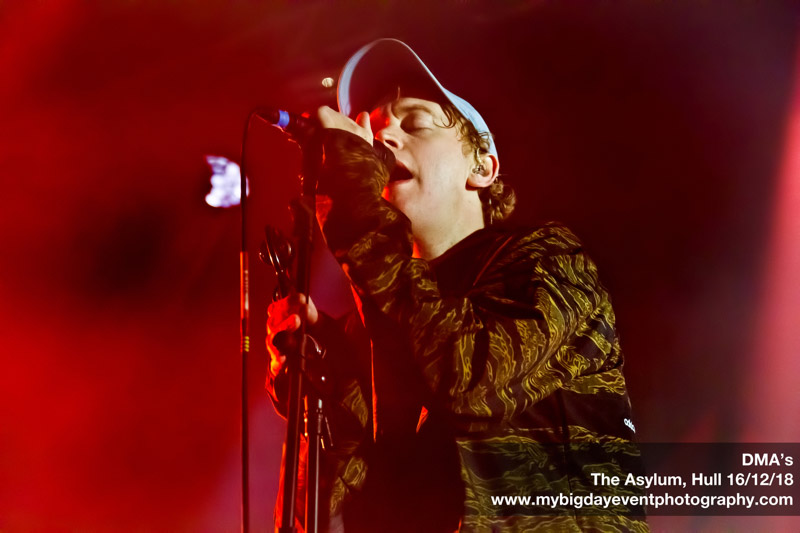 Click here for photos of DMA’s at CMJ 2014 in New York, NY in the QRO Concert Photo Gallery

Some musical eras seem to live on forever: The Merseybeat era, ‘60s Detroit, Britpop, but few are as current in the present day as the Madchester sound that is undergoing a renaissance, not least through the endeavours of DMA’s.

Unfortunately I never did visit Manchester in the 1990s, but being at a DMA’s gig is probably as close to finding out what it was like as I’m going to get.

All the way from sunny Australia to an extremely cold and wet night in Hull at The Asylum on Sunday, December 16th, the band didn’t show any sign of weather fatigue, although they did keep their topcoats on indoors, which as my granny and yours used to point out is a sure way of ensuring that you don’t feel the benefit later on.

DMA’s played a gig at The Adelphi last year that has already attained near legendary status, and the step up to a larger venue was clearly paying off. The Asylum was packed. Getting to and from the sunken stage area was a real challenge and everyone seemed to be really up for a big night. There was plenty of singing and chanting and general exuberance before the band took the stage, and when they did, they were greeted by a hail of plastic cups full of liquid of various varieties. The presence of a cocktail bar on the premises meant that this is the first gig where I’ve been hit by a strawberry daiquiri.

Their set evoked memories of the classic era of Britpop – Oasis and The Stone Roses are obvious influences, but whatever ‘90s indie-ish band of the time you care to mention, the DMA’s seem to have absorbed and reprocessed them.

It’s energetic stuff, particularly on the big crowd pleasers like “Warsaw”, the James-ish “In The Air” and “Time and Money”, which had more people standing on chairs then I’ve ever seen at a gig before. They’ve got more than one string to their bow however, and they let people take a rest from the boisterousness with some of the most sweetly melancholic pop you’ll have heard in a long time. “Step Up The Morphine”, a tribute to Johnny Took’s grandmother, and “The End” both had the crowd standing in almost reverent silence, before the band let rip and the place went mental again and the beer started flying. 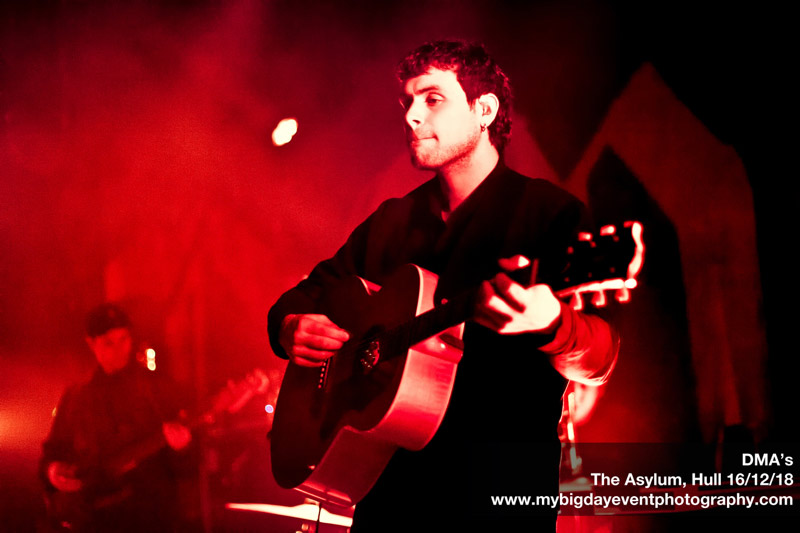