Atlanta's DOTS put out their shimmery signature sound in their release of their Live at Standard Electric performance from January.... 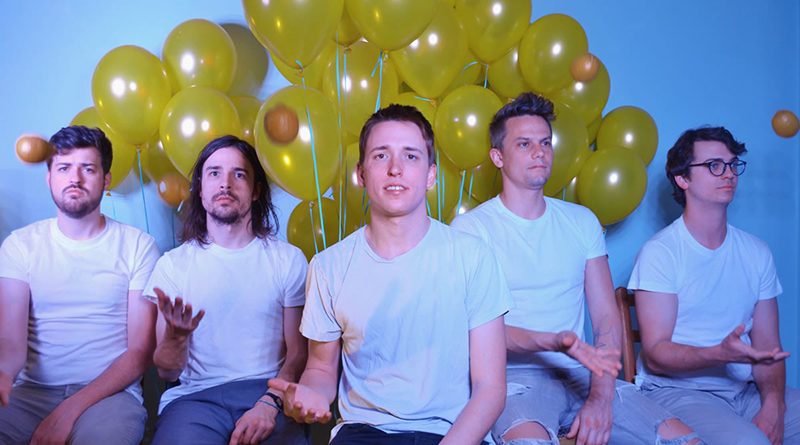 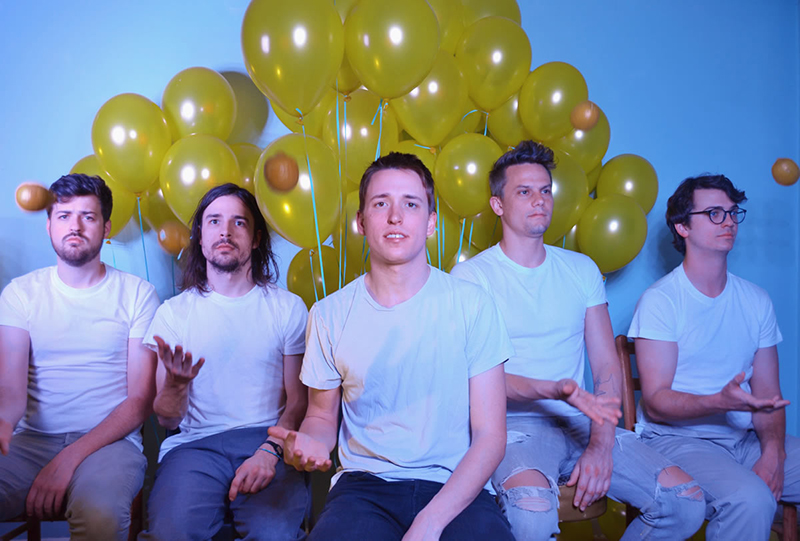 It is said that true love is a creative act between two equals. What then should we call a creative act performed with obsessive love between five equals? In Atlanta, on the indie side of the sun, we call it DOTS – and they’re hot as the hobs with their rippling, shimmery signature sound in this week’s release of their Live at Standard Electric performance from January. This video series is characteristic DOTS, all festal and flocculent, but undercut with Strangelove-ian attributes and a deep appreciation of abstract sonic architecture.

Vocalist Ryan James, string-slinger Blake Objartel, drummer Garrett Goss, and keyboardist/multi-instrumentalist Joe Crabb are four local Atlanta fellows who instantly transport any lucky one who is old enough to remember it back to the palmy days when cool, nice, thoughtful boys were not a myth – they were the norm. This high-barred heart can’t remember the last time she saw so many as four in one zip code, much less in one band. Their collective gentlemen genes would have been perfectly regular in another age but are one of the foremost qualities making the DOTS chaps stand blissfully apart from the radio rabble these days.

No, the band’s name does not stand for “Department of Transportation Studs,” thank you very much, but DOTS will nonetheless never hesitate to build you a synth-infused sonic superhighway to someplace twinkly that you will not be in any hurry to depart from. Their songs sound like something hand-rolled in the Galapagos by Archibald Craven. If HAIM were dudes, they would likely be DOTS, and there is a tinsel-sprig of Tennis, more than a teeny squeeze of Squeeze, and a spritz of Simple Minds in there for good measure too.

DOTS playing “Being Born” live at Standard Electric in January ’21:

As everyone honest knows perfectly well: size matters. Always. But never more so than when it comes to manageable integrity within and around an independent band that cares about its art. Unfortunately, there prevails in the culture surrounding independent music sometimes a collective misconception that “independent” has to be synonymous with “welter.” In point of fact, a truly indie band can get as Iguanodon as it wants to as long as it doesn’t drink the barbital about its own bubbliness and never gets fleece-able regarding its founding principles. DOTS presently perches in the place some glossographers would call “Goldilocks indie” – meaning that they seem to know what is (and strive to maintain) exactly the right size. Since the release of their debut album entitled Jellyfiss in 2015 and all the way through to last year’s Ominous Cloud, they have been making a hallowed edict out of actualizing old school scruples – which has led to them consistently making clinquant music that is clever as Satan in brogues.

DOTS has gone about its artistic orbit in a majestically oldfangled way, releasing innumerable singles, sidestepping their own Spotify in deliberate moments of creative semelparity, recording in a lake house in the North Georgia boonies, and… (*clutches discman)… dropping actual, honest-to-Mab CDs. Hometown ATL celebrities, they’re just like us! All this whilst sharing stage space over the years with the likes of Temples and pointedly taking you John Hughes places every time they tune up. Try out something like Lemons if you need to believe. Not since EMF and The Farm has anyone done it better.

DOTS playing “Stand Up Shape Up” live at Standard Electric in January ’21:

The juxtaposition of the DOTS swains being exquisitely serious men when it comes to music’s inherent value or the inquisition of anti-consumerist mindsets against the fact that even their sick-at-heart songs leave a smile on your face is only one among many of their ferromagnetic qualities. They paint even pain in purple denim, and yet there is nothing chintzy, superficial, garish, or counterfeit in their message, ever, or in their manner of delivering it. See them execute that rare coup to perfection (and pleasantly conjure Payolas in the process too) in Remaining Years.

When asked what he thought was the most important guidepost for writing a good song, Nick Cave didn’t even draw 1/666th of a genius-breath before replying: “counterpoint.” For musos who like to work in the recondite, indefinite, and long form, DOTS has cleanly perfected Cave’s requisite clear-cut contradictions in songwriting and gotten so good at inverting opposites that it has become one of their defining trademarks as a band. They likewise have the extraordinary valor it takes to be sincere.

The Live at Standard Electric set will routinely give you start-off synths that sound like hordes of escapee skittles, skittering across the underside of a mackerel cloud. Skittles in the sky! Don’t act like you haven’t been waiting your whole life to hear that. “Loose Wrists” should be on the soundtrack for To All The Boys I’ve Loved Before and is also right now playing on a main character’s Walkman in a parallel dimension at the real Shermer High. “Get It Right” daringly asks: sequencers and trumpets? Your ears instantly answer: YES. Just one of copious instances wherein this song embodies its own title.

DOTS playing “Get It Right” live at Standard Electric in January ’21:

DOTS is a band with a skyward eye. Their lyrics often come with brightly colored feathers and slightly cumbersome avian avatars, swans and flamingos to be precise. Plumage and spiring spirits are recurrent lyrical motifs. Ornithological symbolism notwithstanding, “Bleach White Flamingos” is a song both Matthew Broderick and Michael J. Fox might live in if it was perpetually NYE 1989 (some weird word-woman’s forever wish) and the nineties were never coming. The specters of The Comsat Angels are hovering somewhere above Northern England as we speak, all smudged to buggery that they didn’t write this sparkling bleak-bop prize themselves.

Stephen King shrewdly said, “Lads promise quick and regret at leisure.” DOTS is a lovely gang of exceptional lads that not only seem to invert this general truism by customarily making promising things out of their leisure, but display a trustworthy tendency to weigh their ability to deliver in morbid detail before promising anything even to themselves. I believe this is what the ancients used to call “respectability.” Down here in the Dirty South, we just call it DOTS.