The world is so, so different from 2010, so can the Doves reclaim their greatness?  They sure do, tapping into 'The Universal Want'.... 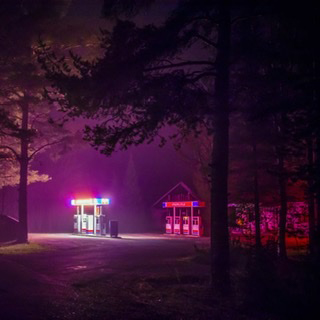 A decade ago, one of Britain’s biggest & best alt-rock bands, Doves, took a hiatus for solo projects and other stuff, and it lasted & lasted.  The world is so, so different from 2010, so can the Doves reclaim their greatness?  They sure do, tapping into The Universal Want.

Click here QRO’s review of Doves at House of Blues in Boston on June 7th, 2009

Yes, this is a Doves record, with soaring guitars and searing heartbreak, but absence has definitely made the heart grow fonder.  The band searches for the lost past in “Broken Eyes”, and brings the great expansive loss that they’re known for on “Cathedrals of the Mind”.  The awesome desperate pressure of the following “Prisoners” brings to mind their breakthrough “Black and White Town”, in all the right & needed ways.  The group also lays some interesting side paths beneath their sadness, such as the near-African rhythms in “I Will Not Hide” and dark disco backbeat to “Mother Silverlake”.

These are trying times, in ways even the Doves could not have predicted, which is why The Universal Want is coming out at the exact right time, as the summer you wanted to end fades into the fall that you feared.  At least the Doves are back, and in black.

Lanterns On the Lake – “The Realist”