An unlikely pairing of mewithoutYou and Dr. Dog played at Liberty Hall in Lawrence, Kansas.... 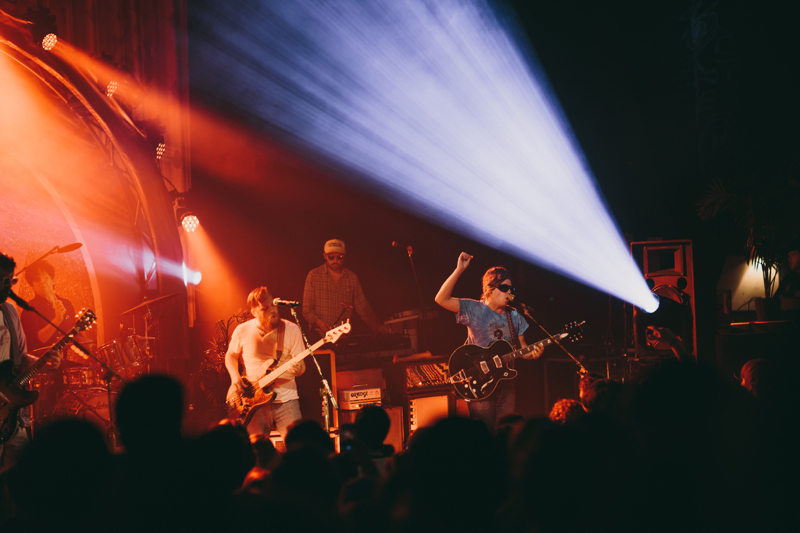 Click here for photos of Dr. Dog from this show in the QRO Concert Photo Gallery

Photos of Dr. Dog at 2010 Harvest of Hope Festival in St. Augustine, FL

An unlikely pairing of mewithoutYou and Dr. Dog played at Liberty Hall in Lawrence, Kansas on Wednesday, April 8th. For what was largely a Dr. Dog audience, mewithoutYou was well supported as an opening act. They played eleven songs ranging from as early as “Catch For Us the Foxes” to two new songs. The new numbers were in the mewithoutYou vein circa Brother, Sister, but incorporated a writing style that is unlike anything they have ever released. The band’s eccentric, multi-instrumentalist and frontman, Aaron Weiss, played everything from maracas to an accordion throughout their set, which felt as much like an opening act as a veteran headlining band like mewithoutYou can sound. Their songs felt rushed and cut short as they were adhering to a strict schedule, but were still able to convey the mewithoutYou energy despite their opening act status.

In the moments leading up to Dr. Dog taking the stage, the crowd grew exponentially. Liberty Hall was at capacity by the time the band began playing their first song. The fans that come to a Dr. Dog show are some of the most eclectic, energetic and dedicated fans in the game today. This is largely attributed to the same characteristics of Dr. Dog as a band. Their stage, adorned with palm trees and summer vibes (most members were wearing sunglasses the entire show) created an environment that even the mewithoutYou fan that stuck around for Dr. Dog couldn’t help but smile.

A 20-song set that ranged from early hits to their newest and more polished material kept the crowd engaged and dancing with complete strangers for the bulk of the evening. A group of fourteen-year-old boys sang along to every word, undoubtedly pleased that their moms let them go to a concert on a Wednesday.

From mewithoutYou opening with variations of hymns to Liberty Hall singing along to Dr. Dog’s 2012 hit “Lonesome”, Lawrence, Kansas was graced with the presence of some excellent performers this early April evening. 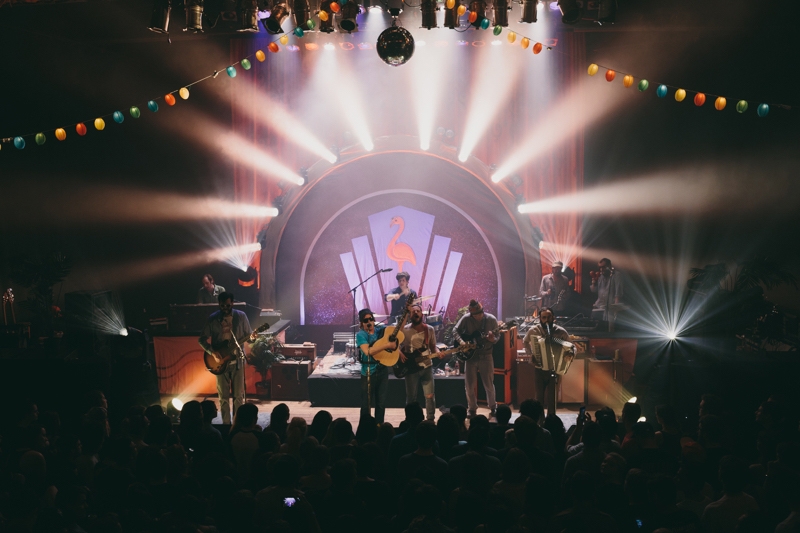