<img src="http://www.qromag.com/wp-content/uploads/2010/05/drdogshamshame.jpg" alt=" " />There are a <u>lot</u> of sixties & seventies revivals & retreads out there in today's indie music scene, and Dr. Dog are neither the... 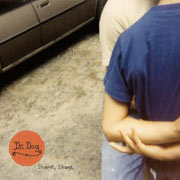 There are a lot of sixties/seventies revivals/retreads out there in today’s indie music scene, and Dr. Dog are neither the best nor the worst.  Live (QRO review), they channel seventies guitar-jam for an unremarkable performance that can be enjoyable.  On record, they channel sixties sweetness for an unremarkable delivery that can be enjoyable, and that stays true with their latest, Shame, Shame.

Click here for photos of Dr. Dog at Governors Island in New York, NY on August 15th, 2010 in the QRO Concert Photo Gallery

Click here for photos of Dr. Dog at 2010 Harvest of Hope Festival in St. Augustine, FL in the QRO Concert Photo Gallery

Click here for photos of Dr. Dog at Webster Hall in New York, NY on September 3rd, 2007 in the QRO Concert Photo Gallery

Click here for photos of Dr. Dog at 2007 Siren Music Festival on Coney Island in Brooklyn, NY in the QRO Concert Photo Gallery

The up-cheer in the rain procession of opener “Stranger” sets the tone for Shame: enjoyable, but also kind of whiney, and reminiscent of better sixties/seventies acts that were themselves in the shadow of The Beatles.  The whiney vocals particularly mar Shame on tracks like “Shadow People”, “Unbearable Why”, “I Only Wear Blue” and “Jackie Wants a Black Eye”, especially taking away from those pieces’ otherwise brightness.  When Dr. Dog shift to more of a cheery wist on “Where’d All the Time Go?”, they definitely improve, but that’s the only time that shift happens.

Shame isn’t all cheer.  There’s two sad sways which go on too long, “Someday” and the titular closer, but there’s also the up-tick kiss-offs “Later” and “Mirror, Mirror”, which are clearly the best two pieces on the record.  Their honky-tonk is undeniably catchy and enjoyable, and even if you don’t like the rest of the album, will find yourself singing along to these two.

With 2008’s Fate (QRO review), Dr. Dog joined the likes of Fleet Foxes (QRO album review) in the sixties/seventies revival, going more towards the latter decade live, and more towards the former decade on record.  Both have their faults, and Dr. Dog isn’t as wildly overrated as Fleet Foxes, as Dog’s jam tendencies turns off hipster critics the way that Foxes’ soft hymnals don’t.  But, now in their sixth album with Shame, Dr. Dog ain’t growing out of their comfortable, middling middle, either.