Country music has had a political edge as long as there has been country music.... 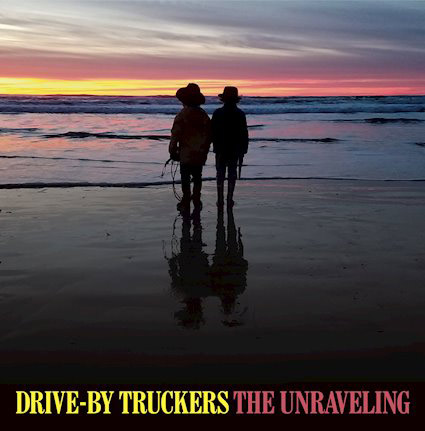 Country music has had a political edge as long as there has been country music, but for so long it was sanded down to mass appeal by the Nashville music machine, not wanting to bring up old Confederate ghosts, or offend those who love old Confederates. Hippies spun off some of the old Seeger agit-folk nature during the Vietnam War, and famously the Dixie Chicks found themselves in trouble for speaking out against the invasion of Iraq. But it has taken today’s clusterfuck of a world to bring it full-bore, like on Drive-By Truckers’ pointed The Unraveling.

Click here for photos of Drive-By Truckers at 2017 Festy Experience in Arrington, VA in the QRO Concert Photo Gallery

Click here for photos of Drive-By Truckers at 2014 Lockn’ Festival in Arrington, VA in the QRO Concert Photo Gallery

Click here for photos of Drive-By Truckers at Greek Theatre in Berkeley, CA on April 12th, 2014 in the QRO Concert Photo Gallery

Click here for photos of Drive-By Truckers at 2013 Shaky Knees Festival in Atlanta, GA in the QRO Concert Photo Gallery

Now, this is still Drive-By Truckers, so there’s still twang & rock, southern drawl & cowboy grit. But that goes with songs like “Thoughts and Prayers”, anti-mass shooting kiss-off to all those politicians who only offer said help, and the modern anti-drug “Heroin Again” (it is now the drug of choice for poor white opiate addicts who can’t afford the oxycontin that got them hooked). “Babies In Cages” is just as heavy-handed as that name sounds, but “Grievance Merchants” works better because it’s from the viewpoint of today’s angry white male, something country music and particularly the Drive-By Truckers can do effectively. Even the more generalized pieces like “Armageddon’s Back In Town” and “21st Century” deal with today’s failing world.

The Unraveling hews towards Neil Young, a good if obvious inspiration for political country. Drive-By Truckers might lay it on a little thick, but these are not subtle times.