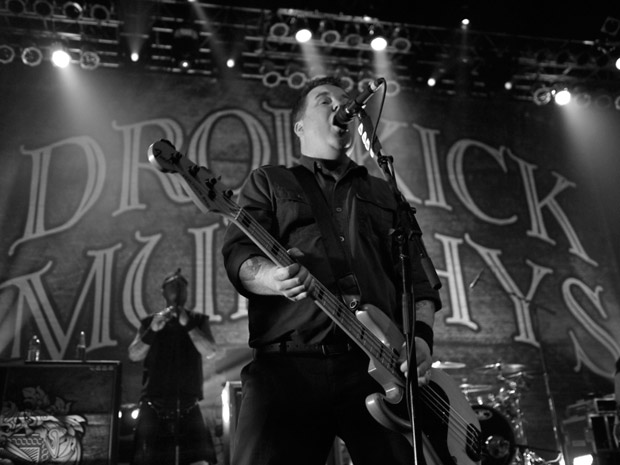 Click here for photos of Dropkick Murphys at 2014 Riot Fest in Chicago, IL in the QRO Concert Photo Gallery

Click here for photos of Dropkick Murphys at 2014 Shaky Knees Festival in Atlanta, GA in the QRO Concert Photo Gallery

A heavy population of Irish Americans fills the streets of Boston every single day.  A city that wavers in extraordinary pride doesn’t let any event pass without a celebration, and therefore the streets of Boston align with thousands of people from all over New England for St. Patrick’s Day.  Every year the city transforms into a sea of green for this holiday and every year there are at least three events expected: a parade in South Boston to showcase Irish pride and history, a heavy consumption of Guinness (or any green colored beer for that matter), and a Dropkick Murphys show to close out the, in this year’s case, weekend celebration.

The Dropkick Murphys have called Boston their home even before they assembled back in 1996 and carry the same pride any other resident does when it comes to Boston sports, history, and culture.  This is easily recognizable in their lyrics, which repeatedly mention characteristics and places in the city as well as the consistently noticeable bagpipes that seem to pay homage to their Irish heritage.

The hometown boys kicked off this year’s weekend celebration with a stop at TD Garden on Friday, March 15th (their largest headlining show to date) and a smaller, intimate show at Brighton Music Hall on Saturday, March 16th, before capping off the weekend with a St. Patrick’s Day show at the House of Blues Boston on March 17th.  Reassuring fans that punk rock is alive and well, the band dipped deep into their vast catalog to play b-sides, covers, and old gems from their early days.  If you were ever questioning the state of punk, let it be known that after a three day back-to-back-to-back live show stint in Boston, the Dropkick Murphys are still at the helm of this genre, giving it substance and continuously fueling the fire.

Dropkick Murphys playing “The Boys Are Back” live at House of Blues in Boston, MA on St. Patrick’s Day, 2013:

This Irish celebration was kicked off on Sunday night as soon as the first notes from Scruffy Wallace’s bagpipes echoed throughout the venue, cueing fan favorite “Cadence to Arms”, and then exploding immediately into the new single “The Boys Are Back”.  Rowdy crowd?  You bet.  The circle pit blossomed immediately as singer Al Barr screamed inches from gritty faces in the front row, assuring them that the band is most definitely back home.

This would be the way the set list worked throughout the night, catering to the old school heavier punk rock fans while evening out with more of the new folk rock and successfully mainstream songs off their latest albums.  The majority of songs from Sunday’s show came from their recently released album Signed and Sealed in Blood (QRO review) and included every song except “The Season’s Upon Us” and “Out On the Town”. 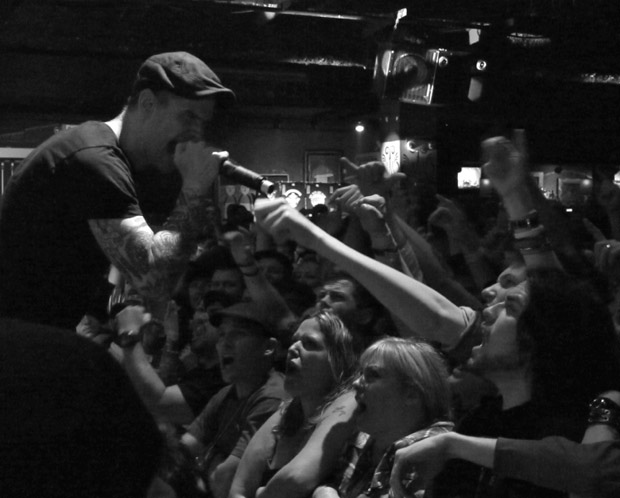 The band had enough time to eventually get through twenty-seven songs even though they started 15 minutes late.  Midway through, Barr revealed that he thought the show began at 9:30 PM – not the scheduled 9 PM – and therefore sprinted through the streets of Boston to get there “on time”.  Luckily no one seemed to care, likely because the beers were still flowing quite heavily, and a “Let’s Go Murphys” chant broke out. 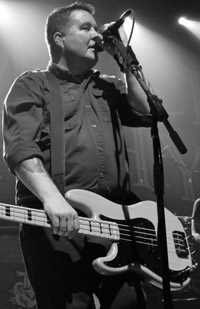 It has become the norm for Ken Casey, bassist and singer, to invite friends on stage to fill in for certain verses or to simply show appreciation towards an individual – not to mention encourage fans to join them on stage.  Casey introduced a group that likely received the biggest applause in recent memory and was a little more special.  Before dedicating the next song “Forever” to them, Casey brought Seal Team Six on stage while thanking them for everything they have done for this country.  Immediately afterwards, Casey again brought out friend Gail Trinque to take over the female vocals in “Dirty Glass” after “nailing it” during a show in Dublin, Ireland.  Safe to say she nailed it again all the while looking pretty comfortable on stage, and even going as far as welcoming the crowd to take lead vocals toward the end of the song. 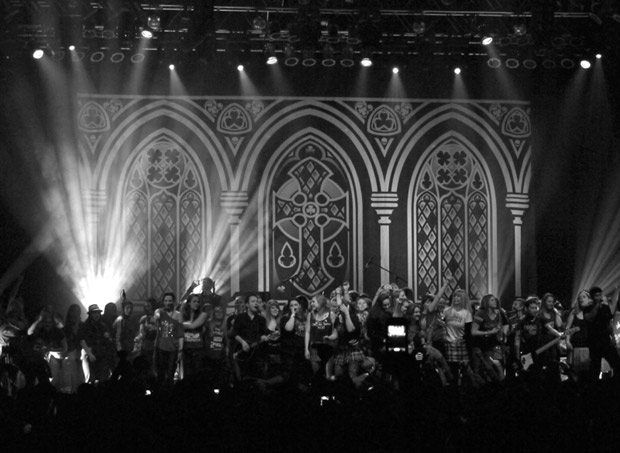 “Dirty Water” and “I’m Shipping Up To Boston” fittingly closed out the set with the crowd singing the entire vocals of the latter song and the instruments guiding the way.  The encore summed up the past three days by concluding with a song off the new album, “End of the Night”, and dozens of girls on stage, an old favorite “Skinhead On the MBTA” with guitarist James Lynch shredding atop the tallest speaker (well above a now completely packed stage), and finally a cover of “Alcohol” by the Gang Green, sung by Scruffy Wallace.  As if the constant head banging, fist pumping, and mosh pits weren’t elevated for this show, they all escalated extremely quickly once Wallace took the mic to close out the celebration.

Every time the band returns to Boston it’s a family and friends affair.  It’s not out of the ordinary to see members walking around on the outskirts pre-show and post-show speaking with family, friends, and fans.  In fact, the band had a post-show get together for a large majority of attendees at the House of Blues Foundation Room.  Barr mentioned that they have been celebrating St. Patrick’s Day in this style for several years now and will be back to continue the tradition next year.  It’ll be tough to repeat a St. Patrick’s Day night like this but with such a hardcore fan base in their hometown, the next Dropkick Murphys show will surely not disappoint. 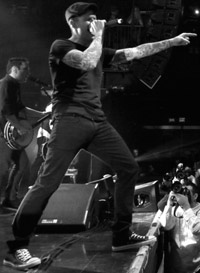 Encore:
End of the Night
Skinhead On the MBTA
Alcohol (Gang Green cover) 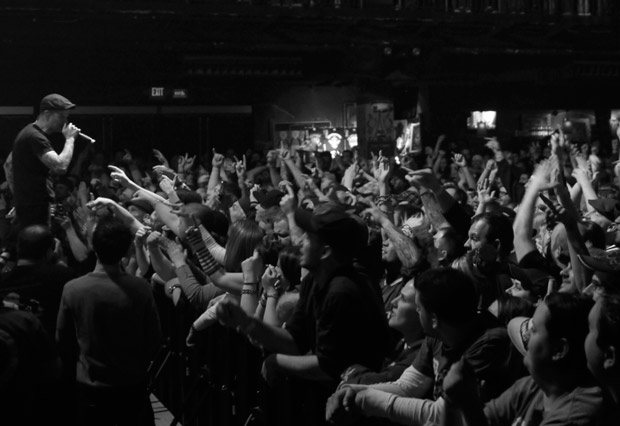