<img src="https://www.qromag.com/wp-content/uploads/2012/12/earlimartsystempreferences.jpg" alt="Earlimart : System Preferences" /><br />Los Angeles’ Earlimart have been around longer than you realize.... 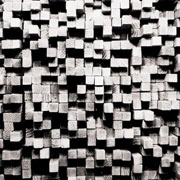 Los Angeles’ Earlimart have been around longer than you realize – they were in the Silver Lake neighborhood before it became hipster west, and their studio The Ship was ground zero for the L.A. indie-scene explosion.  They even teamed up with Grandaddy as Admiral Radley (QRO album review).  Yet the group around Aaron Espinoza and Ariana Murray (QRO interview) has never seen quite that same level of attention.  Newest release System Preferences (their first since their Admiral detour) probably won’t take them to that next level, but that’s not on their minds.

From the enchanting & enthralling “U&Me” opener on, System Preferences isn’t as big a record in sound as the prior Hymn and Her (QRO review) or in size (of number of tracks) as the preceding Mentor Tormentor (QRO review).  But it is a much more ‘at peace with the world’ album, accepting and even enjoying the struggles of today.  Much of System is sweet sway (“U&Me”, “A Goodbye”, “Lovely Mary Ann”, “Get Used To the Sound”) that doesn’t rage at the dying of the light.  There’s also some Beatles-esque ditties (“Shame”), indietronica moments (“97 Heart Attack”), strum that ends in tech, akin to Beck (“Crestline, CA”), more pressure & rock (“Internet Summer”), and it closes with the only real strings piece, “Over Andover” (which itself ends with the sound of some moving a file into the Trash on a Mac, then deleting it with the crumpling ‘Empty Trash’ sound).

System Preferences might be a less ambitious record than what Earlimart’s done in the past, but it doesn’t lack for quality.  And that relaxed, accepting nature is quite appealing.