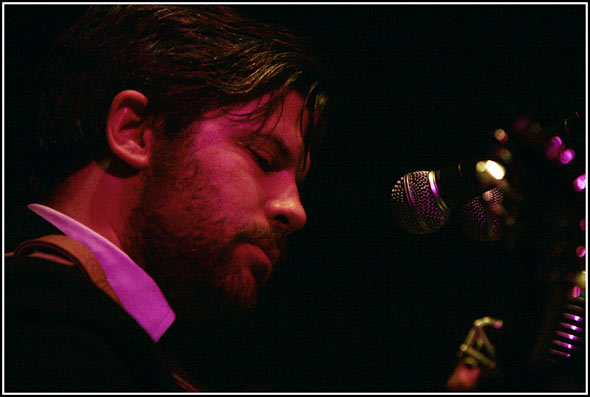 Click here for photos of Ed Harcourt on this tour at Wonder Ballroom in Portland, OR on October 8th, 2010 in the QRO Concert Photo Gallery

Ed Harcourt and his band gracefully took to the stage at Webster Hall (QRO venue review) in New York, NY on Tuesday, September 28th.  Slimmed to a three-piece, Harcourt seemed to perfectly slip into this roll, for most of the night he hid himself behind his multiple vocal mics and electric piano.  Hidden from sight, Harcourt delivered beautiful vocal tones that seemed to hauntingly resemble the tones of Jeff Buckley.

Mid-set, Harcourt asked that the house lights to be turned down and he then released himself from behind his keyboard, making his way to the centre of the stage clutching a vintage ribbon mic.  This was the only 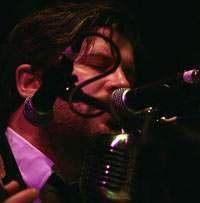 time the audience could catch a glimpse of his face in full. 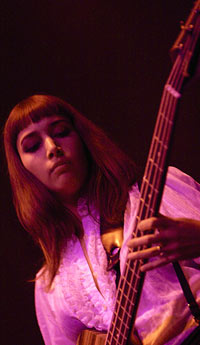 Throughout the show, Harcourt rarely addressed the crowd and seemed content in leading his rhythm section as they flawlessly recreated the songs from the fifth studio album release, Lustre (QRO review).  It was evident in the scope and breadth of the music present in the set that Harcourt possessed a real talent 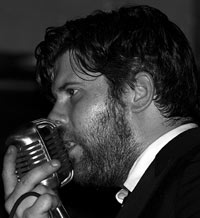 for crafting unusual arrangements and song structures, while never straying to far out of the pop context.

As most of the audience seemed to be there for headliner James (QRO photos), the reaction was positive if a little subtle, prompting Harcourt to request the crowd make some noise.  Particular crowd pleasers were “Do As I Say Not As I Do”, “Lustre”, and “Heart of a Wolf”. 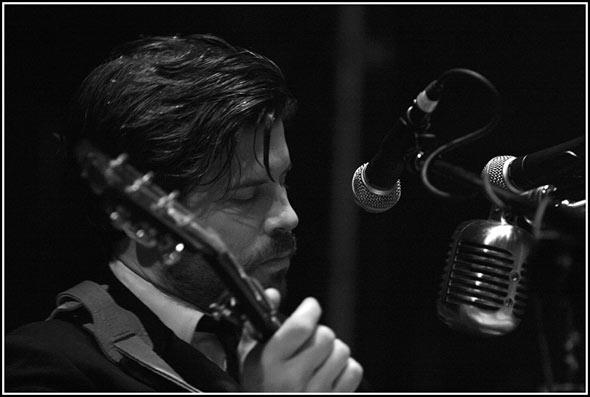