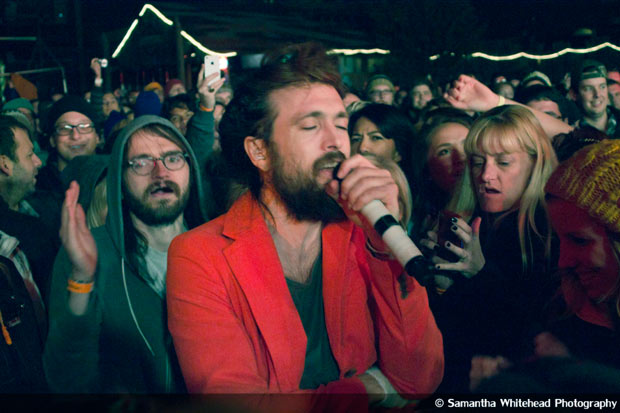 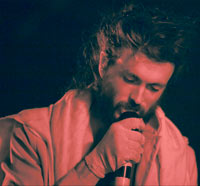 That’s the first thing you’ve got to understand about this show.  In fact, that matters more than who was playing.  It could have been ZZ Top for all anybody cared.  It was entirely too cold to be outside.

And yet there they were, all of Edward Sharpe’s fans, huddled together in the relentless chill of this particular October evening, Friday the 5th, waiting patiently to see Edward Sharpe and the Magnetic Zeroes, as well as their opening act, Clap Your Hands Say Yeah. 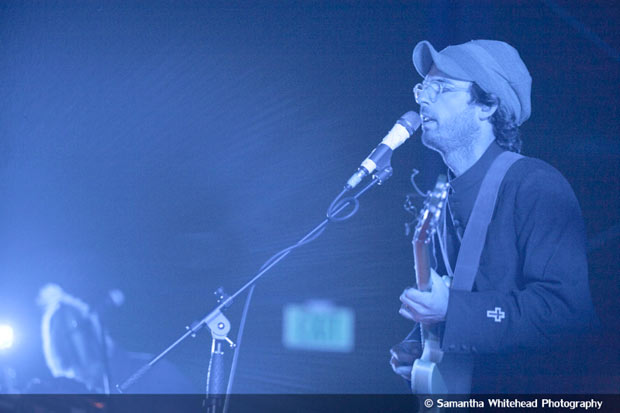 Click here for photos of Clap Your Hands Say Yeah twelve days earlier at Egyptian Room in Indianapolis, IN in the QRO Concert Photo Gallery

The latter started a few minutes late, beginning their set by summoning 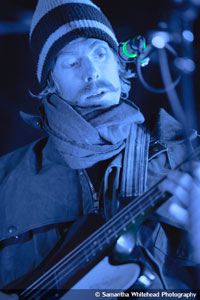 Satan via song and insisting that he was instructing the crowd to dance.  Fans will understand that joke.

Speaking of fans, it’s important that you all respect and admire the conviction that the members of both bands displayed.  Playing a guitar with freezing cold fingers is very much like having your teeth scraped and prodded at the dentist’s office. 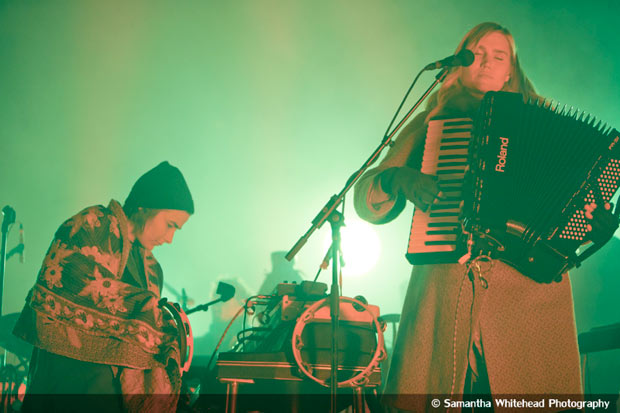 Click here for photos of Edward Sharpe & The Magnetic Zeros twelve days earlier at Egyptian Room in Indianapolis, IN in the QRO Concert Photo Gallery

Mr. Sharpe and his rather large band performed well, citing their appreciation for the audience braving the cold and playing the best songs out of their repertoire.  Sharpe himself is a charismatic frontman, diving into the crowd on one occasion and singing his heart out while embracing a star-struck fan girl.

Though this correspondent doesn’t appreciate being mooned by singers, it’s impossible to tell if it was an accident or not.  QRO is considering mailing Edward Sharpe a belt.

Musically, Sharpe and his outfit are quite on top of things.  Their timing is sharp, their stops are perfect, and their songs are good.  If Edward Sharpe and the Magnetic Zeros (or for that matter, Clap Your Hands Say Yeah) are ever putting on a show in your area, go see them and you won’t be disappointed. 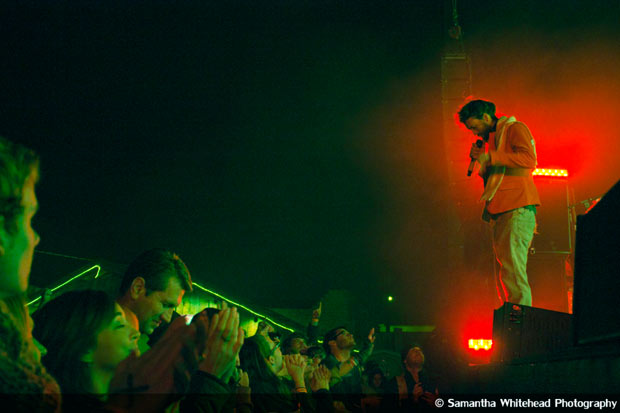