<img src="http://www.qromag.com/wp-content/uploads/2011/04/efterklangmar18.jpg" alt="Efterklang : Live in Denmark" /><span style="font-style: normal">After playing close to 150 shows, it was time for Efterklang to finally move on, but not before giving... 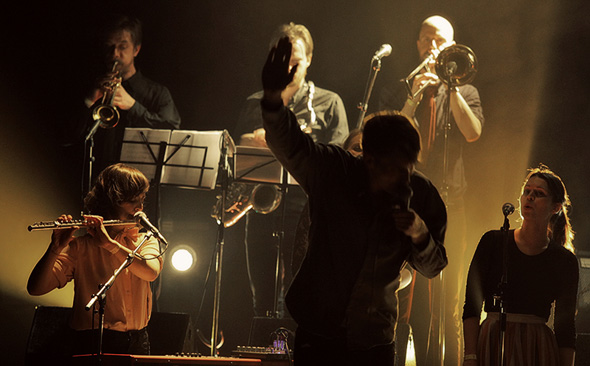 Click here for photos of Efterklang at Scala in London, U.K. on February 27th, 2011 in the QRO Concert Photo Gallery

Click here for photos of Efterklang at Doug Fir Lounge in Portland, OR on September 18th, 2010 in the QRO Concert Photo Gallery

Click here for photos of Efterklang at 2010 Haldern Pop Music Festival in Rees-Haldern, Germany in the QRO Concert Photo Gallery

Away from the tourist center and the trendy district of Copenhagen, towards the Kastrup airport, Efterklang prepared for their final show for the Magic Chairs tour at Amager Bio.  The Danish orchestral popsters have been on the road pretty much since February 18 of last year!  After playing close to 150 shows, it was time to finally move on, but not before giving their hometown crowd (and visitors) something to remember them by till their next tour.

On a Friday night on March 18th, many smiling faces could be found at the sold out show, in the 1000-capacity venue.  Surely the guest list under Efterklang was big enough to be a pamphlet – with all the family and friends who came to support them for the big finale.  Efterklang may be recording perfectionists, but those precision-made compositions are not fully realized until they reach the stage.  It is futile to analyze and intellectualize – one must experience with one’s physical presence to truly understand the captivating world of this collective. 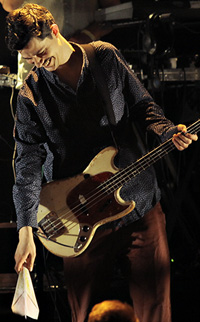 "Caravan" evolved into a sort of a jam session towards the end, where finger snapping was encouraged.  It’s just one of the ways the group likes to keep things fresh.  Toward the later half of the show, the lanky Clausen decided to get lost in the crowd by stepping off the stage and singing in the midst of the crowd. 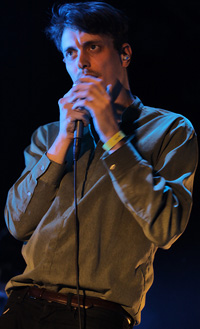 And the audience participation was demanded with clapping to the beats.  The standout track from Magic Chairs, "Modern Drift", received the biggest audience response.  Couple of paper planes flew over to the stage during the catchy pop rock tune.  Not sure if there was a message written on it, but Stolberg and Clausen examined and had a good laugh.  Though this reviewer could only understand the Danish word "Tak!" (thank you), the mutual affection between the band and the audience transcended the language barrier.  The cheers and claps were louder and longer than your average concert, as well as the gratitude and smiles. 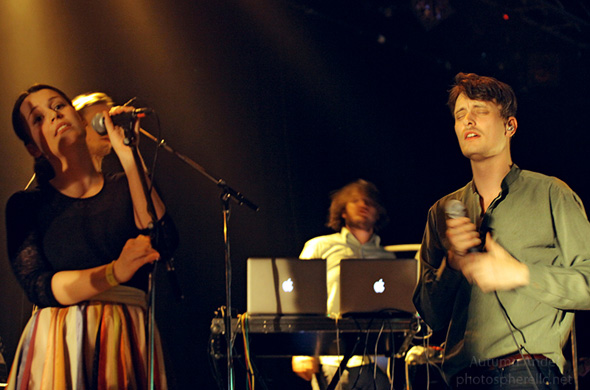 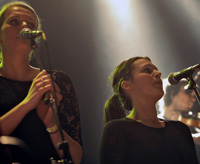 The final track from Parades, "Cutting Ice to Snow", seemed to be the best candidate to end the glorious night.  The song provides a breather, before building up gradually to a climax that could only be described as epic.  Obviously overwhelmed by their successful cap to the tour, the band hugged and congratulated one another.  But the high-five between Brauer and P. Broderick also provided a comic relief.

Delighted and grateful to the fervent cheers from the audience, the performers thanked and bowed graciously.  The feeling could only be euphoric to the point of inducing tear.  It’d be hard to believe that anyone left the hour and half long show without a big smile.  For those of us who were lucky enough to be there, surely Efterklang has proved that they are one of the best live bands in the world. 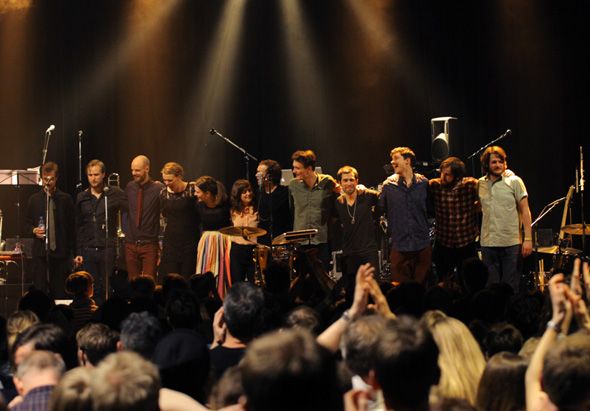 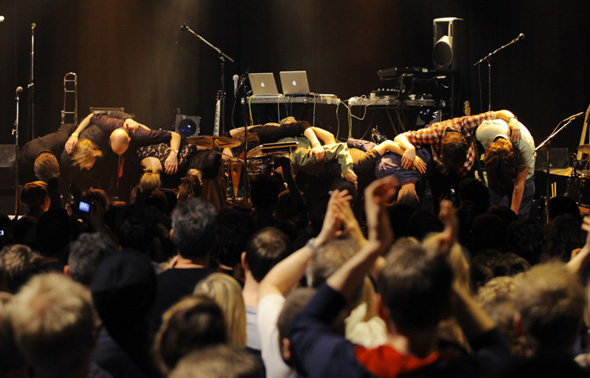