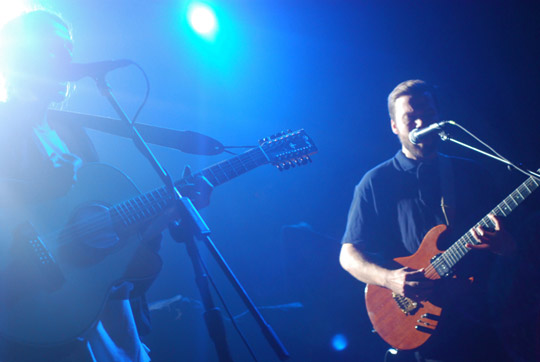 The Swedish music scene is a tight-knit bunch, so it was no surprise that its biggest break-out, Peter Bjorn & John (QRO interview), invited singer/songwriter & countrywoman Sarah Assbring – a.k.a. El Perro Del Mar – to accompany them on their North American tour (especially considering that they can really use a female vocalist to guest-spot when trio performs their biggest hit, “Young Folks”).  But what was surprising and impressive was how well Ms. Assbring performed herself, as opener on Monday, November 9th at New York’s Webster Hall, enchanting a crowd largely unfamiliar with her & her work. 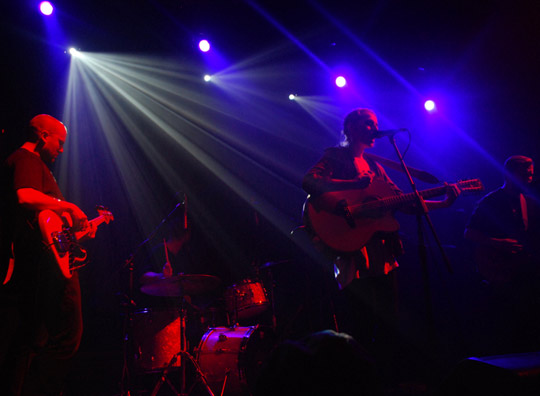 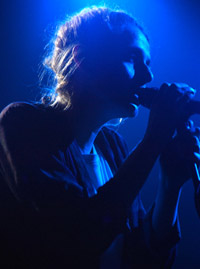 The odds were already stacked a little against Assbring before the show even started.  Originally, she was supposed to perform on her own that night at the intimate restaurant-cum-venue Joe’s Pub, just a few blocks south on Fourth Avenue, and then open for PB&J at Terminal 5 the next day.  But then PB&J’s show was moved forward a day, bumping her from her Joe’s Pub performance, and into the smaller (relatively speaking) Webster Hall (QRO venue review).  Not only did this threaten to diminish a light show that was essential to her performance, but it also put the young up-close PB&J fans right in front of her, lit up by said lighting, as Webster Hall had no photo pit that day, while Terminal 5 (QRO venue review) always does.  For openers, not being able to see the crowd is usually a relative blessing, as those up-front are the headliners super-fans, and often less than respecting of the opener, especially if those super-fans are youngsters.  There was a knot of kids, who seemed to have all gone to show together, right in front of Assbring, not ultra-disrespectful, but distracting nonetheless. 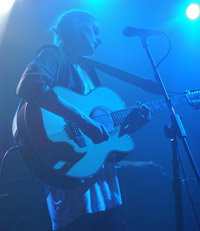 But one of the reasons they were distracting was because they were so well lit, and that was because Assbring was able to well use Webster Hall’s only-poor-in-comparison-to-Terminal 5’s lighting – and smoke machine.  While not ideal for every act, the smoke around her and her band, lit up by Webster’s back lighting, was a perfect fit for the haunting love that is El Perro Del Mar.  Playing entirely from the recently released Love Is Not Pop (QRO review), every song was lifted live, compared to on the record.  The light & smoke show made Assbring the center of attention, while still retaining a mysterious air.  She and her three-person backing band only occupied the stage-right side of the stage, but you didn’t notice that at all (except when she first came on stage, dancing to her band, in from stage-left).  Instead, she was able to transfix and even hush the crowd, which was especially impressive as an opener. 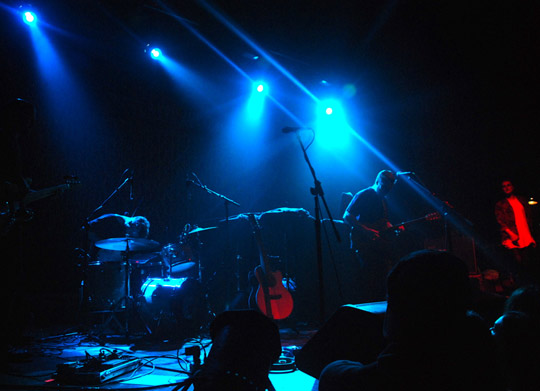 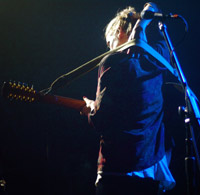 But the lighting was only part of the show.  The soft, enchanting beauty of opener “Let Me In” started the set on a simmer, not a burn, but helped build into that touch on “Change of Heart” & give you the prickly, back-of-the-head feeling from Love Is Not Pop.  A kind of eighties nighttime pop was amped up with “L Is For Love”, which seemed actually improved by there not being any synth, live, as it made the song even more intimate.  While the soft touch returned with “Gotta Get Smart”, Assbring went lighter with “A Better Love”, but closed out at her most haunting on “Heavenly Arms”. 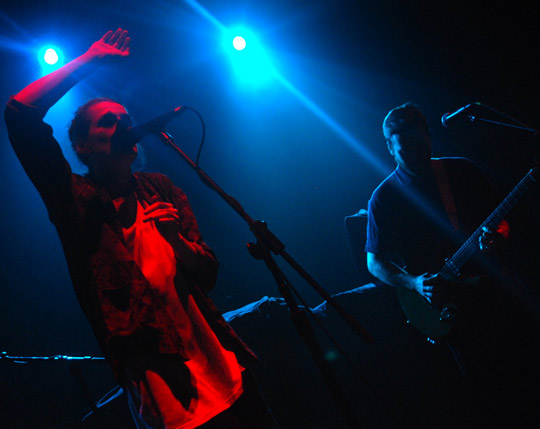 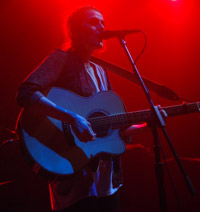 At only six songs, the set was relatively short, and skipped one Love Is Not Pop song, “It Is Something (To Have Wept)”, as well as any of last year’s inaugural U.S. full-length, From the Valley To the Stars (QRO review).  But that allowed Assbring to play her songs long, without risking overstaying her welcome (and “Something” is maybe the weakest song on Love Is Not Pop…).  She would return later to join Peter Bjorn & John (QRO photos) for “Young Folks” (one of many guest-stars that night that PB&J pulled out), which had the crowd going crazy and shaking the up-a-flight-of-stairs Webster Hall stage floor, but even after that, the crowd wouldn’t be able to forget her haunting, enchanting performance as El Perro Del Mar. 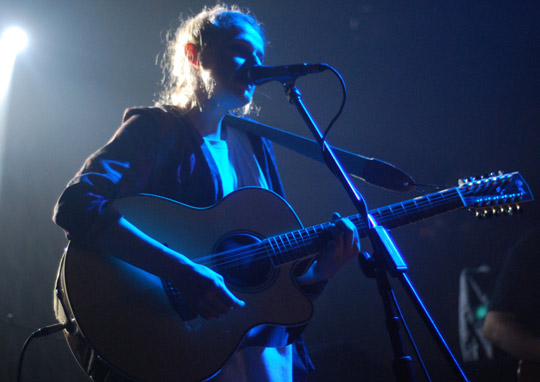 Ola Podrida : Belly of the Lion