Elbow has long been one of those acts with wonderful records that are hits over there, but not so much over ‘ere.... 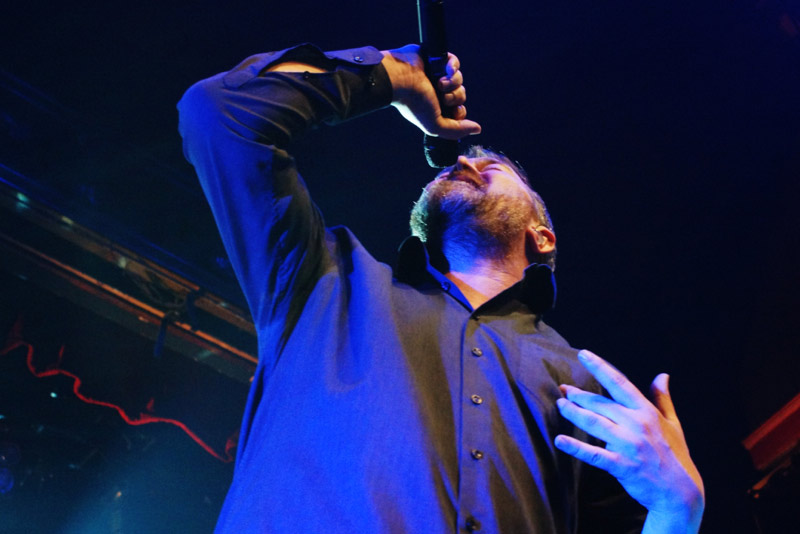 England has always batted above its weight in everything cultural, from the BBC to The Beatles to the British language – and that’s just the letter ‘B’. However, there are still excellent cultural products that have never exported well, especially in music. Great Britain is littered with beautiful bands that are huge at home, but not so much in the States. Manchester’s Elbow has long been one of those acts, with wonderful records that are hits over there, but not so much over ‘ere. Yet New York was more than welcoming to the Mancs when they played Webster Hall (QRO venue review) on Friday, May 16th.

Touring behind their latest beautiful release, The Take Off and Landing of Everything (QRO review), the show was a ‘coming home’ of sorts, because, as singer Guy Garvey remarked, much of the new album was written in the “fair city” of New York. Two new numbers were particularly lifted by that. The obvious one was “New York Morning” – “We’ve been waiting about a year-and-a-half to play this song in this particular city.” But before later piece “Fly Boy Blue / Lunette”, Garvey informed the crowd that the lyrics were written in the faux Irish pub at JFK Airport – “The guy who works there’s a great fella, does his best, but you can’t forget that you’re in a blood airport…” The piece still references a “former MP”, so Garvey hasn’t gone completely Yank.

Garvey had some other funny stories, but it was hard for many American ears to make them out through his thick Mancunian accent – even a Manchester expatriate remarked how difficult it was to understand him when he talked. But whatever, the music was more than enough. Devoted almost entirely to Take Off and the two studio albums preceding, Build a Rocket, Boy! (QRO review) and The Seldom Seen Kid (QRO review) (with only “Great Expectations” and “Scattered Black and Whites” from earlier Cast of Thousands and Asleep In the Back, respectively), Elbow managed to be both epic and intimate. They could reach big with songs like opener “Charge” or later “Grounds For Divorce” (where Garvey jumped in on the spare drum kit for the breakdown), but also touch close in pieces like “The Night Will Always Win” and “The Loneliness of a Tower Crane Driver”. They went into their encore break with Landing’s “My Sad Captain”, and returned with “Lippy Kid” and “One Day Like This”, standouts from Build and Seldom, respectively. 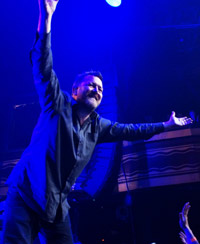 Your correspondent could pick up a few things that Garvey said, such as acknowledging an elderly couple in the balcony VIP who had been going to live music since meeting in 1975, and hadn’t spent a night apart since then. He got the name of a younger & physically closer couple in the crowd, Tim & Lisa, and later had the audience do synchronized shouts of “Tim and Lisa!”. The rest of the band largely stayed in the background, visually (though Garvey mentioned that one of them had just had a kid), while Garvey leaned over the audience.

Elbow played Tonight Show Starring Jimmy Fallon (QRO Music on Late Night TV) earlier that day, for airing later that night, so hopefully this excellent Anglo export will get a larger following in the U.S.A., at least to match theirs in N.Y.C. 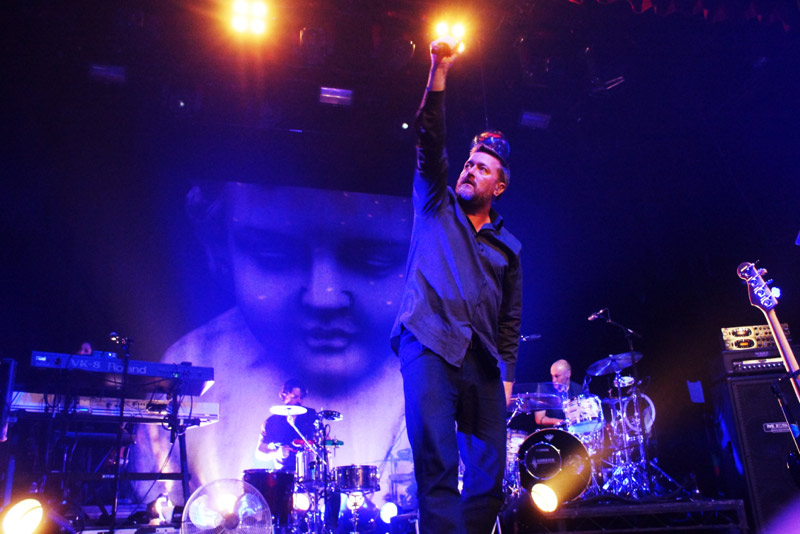