Elbow rounded off their short U.K. tour with a show at London’s O2 Arena.... 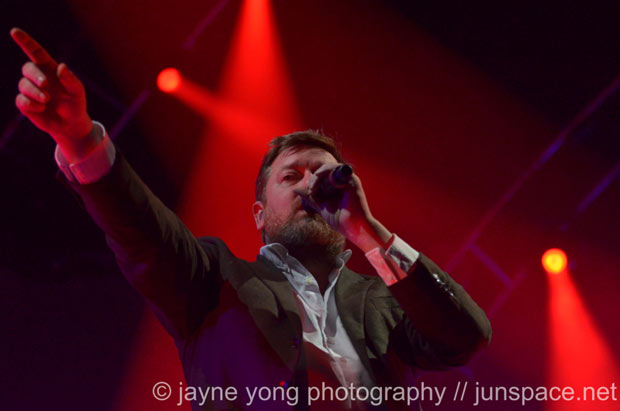 Elbow rounded off their short U.K. tour with a show at London’s O2 Arena on Sunday, December 2nd, after a busy summer of festivals.  A real treat for early arrivers at the gig was the Elbow string quartet, who played several string arrangements of the Elbow back catalogue.  What a lovely way to start the evening! 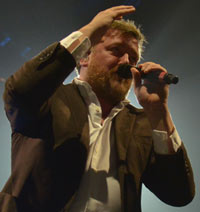 The show opened with mixed dynamic of “High Ideals”, complete with strings and brass, which set the tone for the entire show.  The delicacy of “The Night Will Always Win”, performed with all five members around two keyboards on a small island stage was contrasted with the punchy “Grounds For Divorce”, in which singer Guy Garvey got the whole crowd involved.  In smaller venues, Elbow can make you feel like you’re the only person in the audience.  Garvey has a sweetness and charm that made even the O2 feel like an intimate venue by the way he engaged and interacted with the entire crowd. 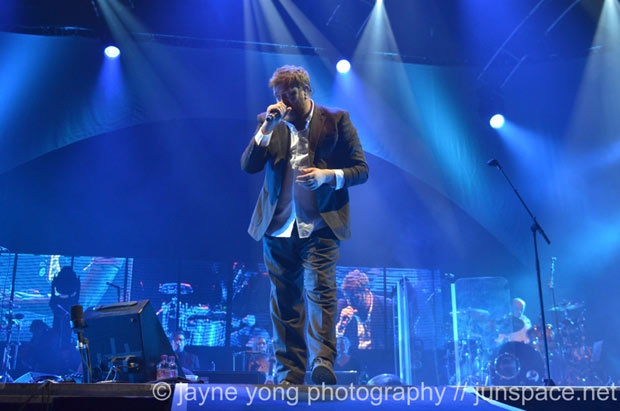 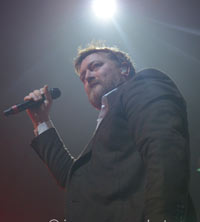 The set gave equal footing to the latest two albums, Build a Rocket, Boys! (QRO review) and The Seldom Seen Kid (QRO review), which made their popularity soar exponentially, but a good nod to their extensive back catalogue was made starting with “Grace Under Pressure” early on in the set, and “Station Approach” in the encore, amongst others.

The night ended on a particularly apt song for London – “One Day Like This” – which has become synonymous with the 2012 Olympic Games.  With a teaser of new material in the form of “Charge”, fans will be wishing away time until new material is released and there’s another chance to see this fantastic band live.  Elbow have come an awful long way since their beginnings, and they are showing no sign of slowing down. 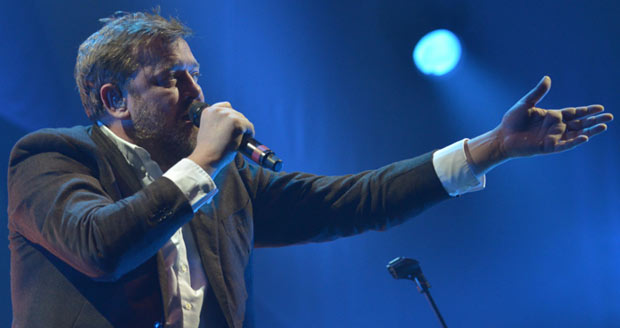