The shimmering lights of Sherwood Forest were brighter than ever this year in the 7th annual Electric Forest in Rothbury, Michigan.... 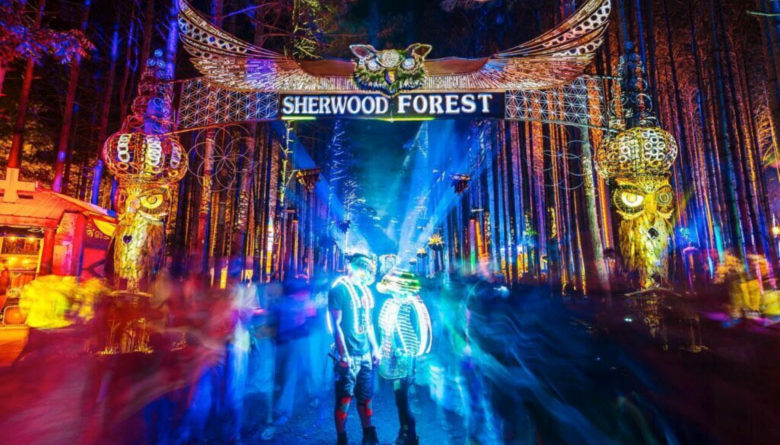 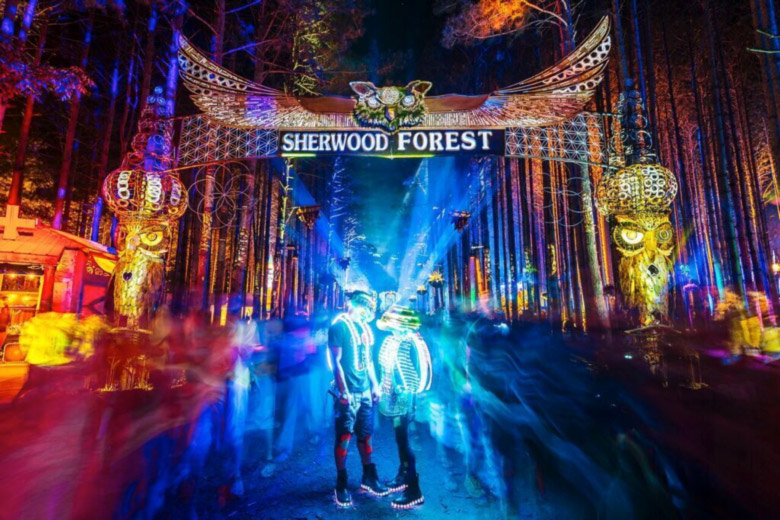 The shimmering lights of Sherwood Forest were brighter than ever this year in the 7th annual Electric Forest in Rothbury, Michigan. Due to its skyrocketing popularity over the years, the organizers decided to expand the festival into two back-to-back weekends. But the addition didn’t necessarily mean the Forest experience was stretched thin. In fact, Weekend 1 was a massive success for organizers and all of its 40,000 attendees. Despite weather hiccups (read: torrential downpours), the festival orchestrated a seamless weekend filled with incredible, multi-sensory experiences all tied together with impeccable organization and logistics.

While there where are probably an infinite number of winning acts and experiences this year at Electric Forest, here are some of our favorites that really made our Forest the best one yet:

Winner: Getting Married at the Forest Chapel

From Kandi exchanges to the endless hugs, the Forest is always filled with love and grand gestures of appreciation for one another. But this year Forest decided to harness this emotion and take it to the next level. The Forest Chapel – which also doubled (quadrupled?) as an art gallery, theater, and a Drag Makeover space – hosted a legally ordained Chapel Minister to help you tie the knot with your friends, strangers, and even your blow up dinosaur. Definitely helpful considering the numerous proposals that sprang up over the weekend. 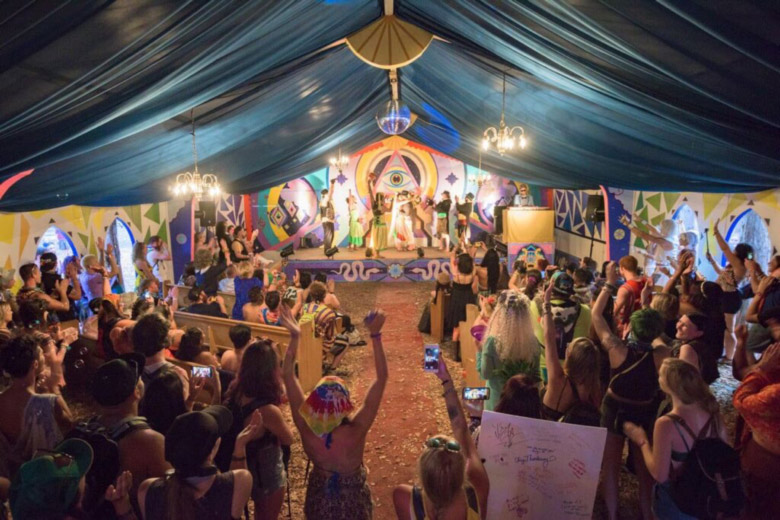 Electric Forest has always been very strategic about the faces we see on the lineup. Labels like Future Classic, and Claude Vonstroke’s The Birdhouse and ODESZA’s Foreign Family Collective all pitched the artists they thought should be featured in the Forest this year. But we thought Bassrush’s event really stole the show for Weekend 1, featuring very loud and very deep-end performances from heavy acts like Nero, Andy C, and Zomboy. Their Liquid Stranger B2B Space Jesus set amassed one of the biggest crowds of the weekend at the Hangar Stage.

While My Morning Jacket’s rendition of “Purple Rain” was one of our favorite moments of the weekend, ODESZA’s dynamic closing set on Friday night was one of the best we’ve seen in a long time. ODESZA brought back many elements of their groundbreaking Red Rocks performance to the Forest, including a live drum line, tracks from their upcoming album A Moment Apart and their live remix of “Memories That You Call”. 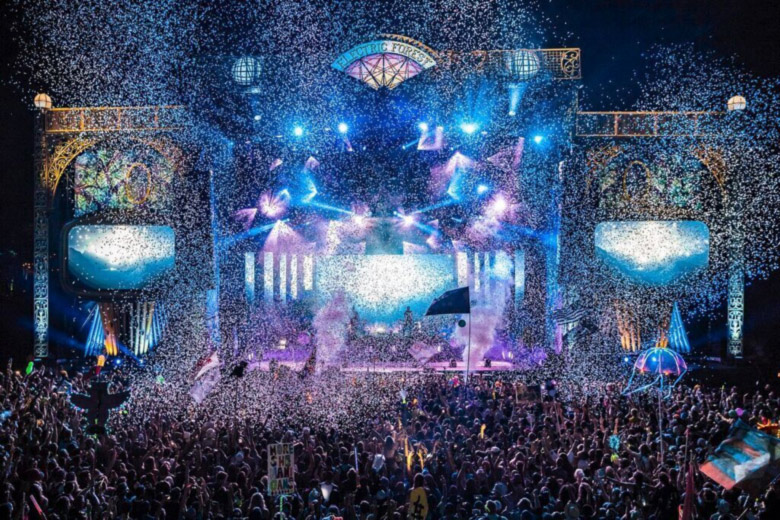 Somewhere towards the Northwest end of the Sherwood Forest lies a tall iron robot lying on its back. In addition to his glowing heart chamber, Mechan9 has a series of strange texts scrawled throughout its body, which can be interpreted with a decoder hidden in its hatch. Attendees climbing all over the robot to unlock its puzzle, which was said to reveal “not only the secrets of his past, but of the universe as well.” 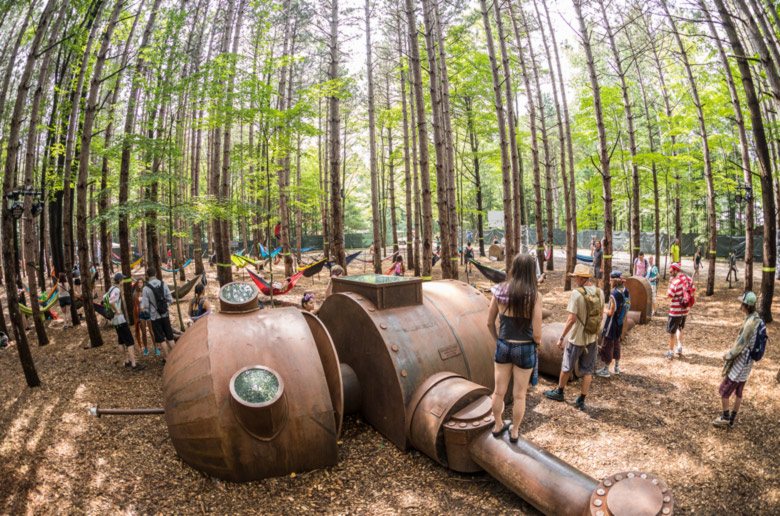 Oliver Heldens may have flaunted his HI-LO alias, but Claude Vonstroke definitely knows how to work both sides of his identity. The venerated techno dad threw down a seamlessly curated house and techno set at the Tripolee Stage on Thursday. But the Dirtybird Records founder shed his moniker and returned to the smaller Observatory stage on Saturday under his real name/hip-hop alter ego, Barclay Crenshaw.

The sunset slot is that perfect, calm-before-the-storm moment before the nighttime chaos creeps on. As cheesy as sentimental EDM can be, ILLENIUM took full advantage of the golden hour and gave us a beautiful performance at the Sherwood stage featuring Said the Sky on the piano. His set included a slew of unreleased music and remixes from like-minded artists like Porter Robinson and Kill Paris. 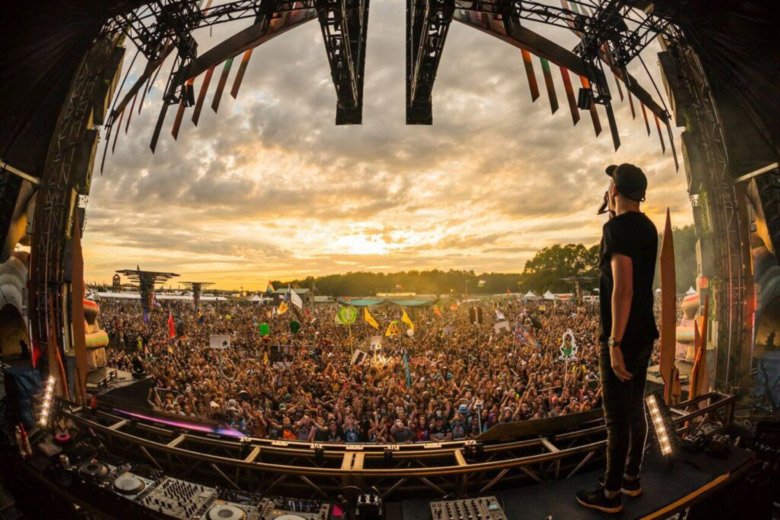 Electric Forest has a knack for taking everything that’s wrong with our Festival culture and changing it for the better. Perhaps the worst trend is the faux accountability for its environmental impact. Festivals will always throw in their token green initiative but it never carries over into practice. But Electric Forest’s Electricology program truly sparked a sense of responsibility in its attendees. The program offered free tickets (for life!) and other prizes through “Ecopoints,” which you can redeem by bringing bags of trash and recycling to dedicated stations. One of the most touching things I’ve ever seen at a festival was when a bunch of fans stayed after during the Bassnectar set to pick up all the trash that was left on the ground.

The Her Forest initiative was a very close runner up. 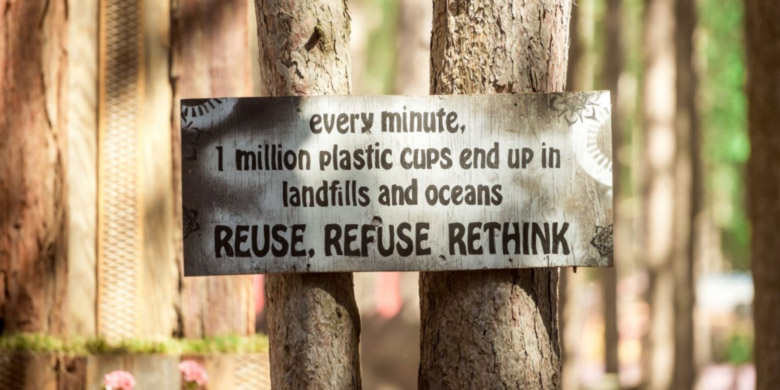 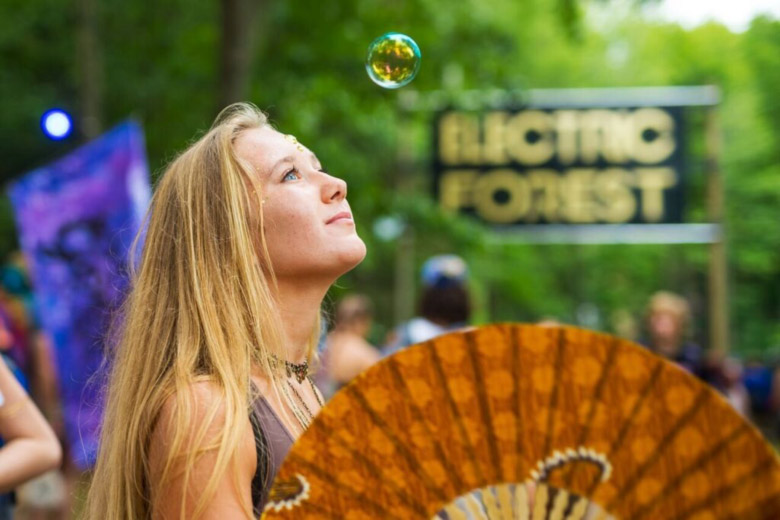