Elohim – Journey To the Center of Myself Vol. 1 EP

Four is here to espouse the extrasensory electro-ruminations of Elohim on her gracile 'Journey To The Center of Myself Vol. 1'.... 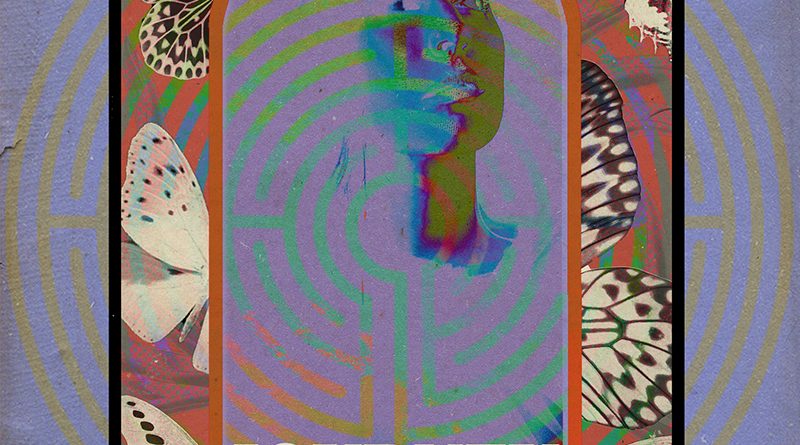 The portentous power and symbolism of the number four is not ever to be overlooked or undervalued in any context wherein that number appears. Four is a number associated with focus, long-term security, stability, and balance. Four brought you The Beatles, the natural elements, the Cardinal directions on every map you’ll ever use, and even your own DNA’s nucleobases. Put two fours side by side and you get things as circumspect as Cher’s defiant age in the video for “If I Could Turn Back Time” and Tina Turner’s as she was creating Private Dancer. Stick a zero behind a four and you get the only Cardinal number that appears in alphabetical order and also the only number where Fahrenheit and Celsius scales are completely equal when temperatures reach -40. Amidst so much more, four wields the powers of the winds, pragmatism, and conscientiousness. Most recently, four is here to espouse the extrasensory electro-ruminations of Elohim on her gracile Journey To The Center of Myself Vol. 1, the first of a correlative quad of EP’s the Los Angeles tunesmith is slated to release in the coming months.

Early consumed by classical piano in a bid to outdo her guitar-prodigy of an older brother, Elohim has been filling the airwaves with the reverberant firelight of her voice since well before her self-titled 2018 debut EP, wherein visually verklempt tracks like “Hallucinating established her as a modern-day hedge witch of sorts – dealing out spiritual medicine to the rest of us as she gamely engaged her own emotional maladies. Her very first single, entitled “Xanax“ and released in 2015, was quickly followed by the scitament that is “She Talks Too Much“ and then “Bridge And The Wall,” all of which eventually made their formal entrée to polite musical society on her eponymous 2016 EP.

A great one for dropping standalone singles in a serendipitous and free-form manner, last year’s acoustic-tinged “I’m Lost“ (QRO review) represents a strong example of the one-upmanship Elohim asserts against herself – always seeking a new story or an untapped hexipuff of fresh sound – much to all of our ear-benefits. Her approach to these singles and their singular elegance can put one in mind of the cynipid wasps that notoriously land on a plant for breeding purposes and, in the process, create an abnormally beautiful growth wherever they happen to touch the plant most.

The fact that these breeding-ground blooms are known to the scientific world as “galls” also speaks to Elohim’s stated mission in the production and execution of her transparent artistry. Like the cynipidae, she touches down in various locations and times that are natural to her mood, and then leaves her labors behind there as something unexpected and hypodermic that symbiotically cohabits upon those places and times, enriching them.

Elohim’s second EP was a two-part enchanter in 2019 called Braindead, the sales for the first chapter of which went entirely toward a plethora of mental health charities and organizations near to the artist’s heart. The dastardly topic of mental health is one Elohim stoutly veers toward rather than away from in her art, in her explanations of her work, and in what little she is willing to share about her personal life in the public forum. Gallantly forthright about her own struggles with anxiety and depression, she is always respectably keen to show that she has spilled the same blood in the same mud as anyone else who has ever been stuck in the yuck or had to routinely mitigate the storminess of the interior mind. Braindead further showcased Elohim’s signature technique of slowing by the bus stops of several different electro-pop-indie genres but fully stopping her sonic momentum at none.

Having gone to the utmost lengths in preserving her admirably anonymous identity – even using vocal manipulation instruments during early interviews and allowing precious few press photos that do not hide at least half of her face with her hair (much in the famous footsteps of early Lady Gaga), she displays a great wisdom in creating an audience experience wherein we are tied by nostalgic affinity only to her aural tether, not her appearance. This allows her songs to mean more in a wider array of contexts, and it also gives her the powerful immunity of ambiguity in which to create and perform them.

Elohim shares space with bohemian behemoths like David Bowie and Daft Punk in her active development of a shrouded pseudo-persona through which to reach freedom from inhibition, and she dwells in the same feminist zip code as Sia for recognizing and making a bid to self-modulate the deep, sometimes troubling meaning behind female musicians’ faces, real or imagined. Elohim has referred to herself as “an introverted extrovert,” a fitting description for a girl who customarily makes kinetographs out of her own analysis paralysis, letting the songs alone remain her pint-sized proxies between herself, the public, and the press.

On the subject of multiplicitous identities, Elohim is a frequently cited plural name for God in the Hebrew Bible, though it has taken many meanings over the course of history. That it has been artistically appropriated here to such stunning effect by a female singer, using it primarily as a disguise that assists her in dropping any of her internal ones and stepping into her performances without worry of “the gaze,” is not to be underappreciated for its ballsiness.

Elohim’s given name is still largely and intentionally classified, though you may freely and accurately call her: artist, producer, songwriter, Coachella-buster, soothsayer, and troubadour. It says much (and none of it good) that our culture has come to a place where performers are full-on expected to disclose every miniscule dispatch of their private lives, and Elohim is to be credited for giving away nothing she does not wish to, but everything the rest of the overexposed characters never could.

With this new record, Elohim expertly delivers her impassioned enfilade on five tracks that are essentially open scows bearing tickets to a place where backhanded compliments are verboten but spiral-pops and dancing are mandatory. If Frente! were built on frisson rather than folk chords, she would have likely written Journey To The Center Of Myself Vol. 1. Elohim has the same fairy-like voice and that familiar reviviscence that directly drops your cortisol levels at first beat. She has described this EP as being “like a labyrinth,” offering rutilant clemency from decision-making and a meditative flow of movement that dwindles those days that can feel like Rorke’s Drift.

In lead track “Journey To The Center Of Myself“, her childlike voice grabs your hand, Neverland-like, and boisterously drags you into an adventurous anthem you feel could be partially pedestrianized by the Spice Girls themselves! In self-reflective and often humor-tinged lyrics such as “A journey to the center of my apocalyptic rising lungs/I can’t speak without my tongue/I shouldn’t have swallowed it/That was dumb,” she follows along with her proverbial pencil as she reads us all of the supercheries and knight-errantry in her own gut-intimate quair. Listening, you will suspect she has pilfered a page or two of your own unwritten and/or burned diary – and what greater gift can ever be accorded to anyone than a returned piece of a long-lost sentimental shard?

“Nice” lobs out a reticulated upswing, sul tasto sounds of Voice of the Beehive woven throughout like intrecciato leather. The message of this one goes gangbusters in an effort to unplug those grotty corners of the inner voice that we too often use to berate ourselves as the melody simultaneously insists that we jump into our neighbor’s convertible at once and head up the coast with the messiest imaginable hair.

For all you Lucy Lius and baby dolls, and Kinky-Boots baddies too, please go straight to “Strut (featuring Big Freedia)”. Any song that features a main hook consisting of “F*#$ the sidewalk, it’s a runway,” has our dragtastic hearts forever but that is truly only the beginning. Put down the feather boa and prosecco it will make you lunge at the moment you hear it long enough to listen to this song’s middle eight, which (if you know it) will transport you in a single faux-lash wink back to the infamous intro beat of La Rissa’s bi-utiful “I Do Both Jay and Jane.” An apt nod considering the sweltering torridity of Big Freedia no matter where you land on the sexuality spectrum.

“Creatures” is a celebration of Calibans, a tribute to the teeth that sank into Elohim’s neck in the hard days, and a salute to the feral paws that carried her over the traveling circus within her own mind as she exited to better seasons. This jam recognizes that both were necessary for the self-actualized Elohim we get today, and both are authentic versions of herself that she has come to appreciate for their distinct contributions to her vigor.

Of all the creal creatures within her, the collaborative beast may have revealed Elohim’s true nature more than any other. Through her lent colors in pop-art prisms like  “Bring Me Back” with GRiZ, “Panic Attacks with Yoshi Flower,” and “I Could Be Anything” with The Glitch Mob, she has developed something of a generous magnetoreception for other artists, their directions leading her to new vistas of her own. The four-track remix EP of Journey To The Center Of Myself Vol. 1 is already out, for those who would like to hear these sounds re-shod by the likes of Sofi Tukker, Myd, J. Worra, and Ranger Trucco.

Though Elohim is an established artist with a syndicate of sounds in her stable, if she was Thomas Wolfe, Journey To The Center Of Myself Vol. 1 would be her Look Homeward, Angel. This record marks the first and most complete time that she has fully embraced becoming Snake Plissken in her own emotional extraction and rescue movie. Feminine emotions, when fairly aired, are frequently treated like Bramley apples – to be eaten only cooked because they are deemed too sour for standard consumption. Elohim turns that dynamic on its faffy head, lovingly positioning the hardest thoughts like the token in the Christmas baby-cake – and becoming the queen of the feast even as she straightens the crowns on all our collective noggins. In this particular labyrinth, she deftly illustrates that you can, in fact, be Jareth the Goblin King and Sarah Williams; you’ve only got to admit that you already are. As the number one symbolically reflects new beginnings, creation, and independence, Journey To The Center Of Myself Vol.1 calls down a raw energy that is sure to speak to all four chambers of your heart.