Eminem – Music To Be Murdered By

This is a good rap record, just not a very good Eminem record.... 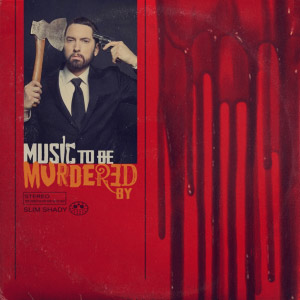 The lyrics of “Premonition”, the first track on the latest Eminem album, Music To Be Murdered By, seem to be a reflection of Em’s realization that he isn’t what he once was. For example, “They said my last album I sounded bitter,” (he did) or, “Once I was played in rotation / At every radio station / They said I’m lyrically amazing” (also true). This mediocre, middling album is not nearly as good as his past work, the best of which is decades behind him. That is not to say that there are not bright spots on this album, very bright spots actually, it simply means that those bright spots don’t involve Eminem spitting tightly crafted lyrics over well thought out musical accompaniment.

For the casal rap fan this will be considered a good record, and rightfully so if for no other reason than the featured artists that provide the life preserver to an otherwise sinking album. Some of those artists include Young M.A., Royce da 5’9”, Ed Sheeran, and the late Juice Wrld. These guests and the tracks on which they appear, “Unaccommodating”, “You Gon’ Learn”, “Those Kinda Nights”, and “Godzilla” respectively, keep the alum afloat with outstanding beats and rhythms. These also happen to be tracks where Eminem isn’t the star, but merely a guest on his own record. There is, however, one track that shines brightly due to, or at least partly to Em, “Leaving Heaven” featuring Skylar Grey. This is a beautifully written song that knows what it is and what it isn’t. This is a ballad that doesn’t rely on deft rapping or rhyming, but on songwriting and accompaniment, which is why it is the best track on the release.

Listen to this record so that you can join the conversation that is sure to follow the controversial lyrics about gun control and the Arianna Grande concert mass shooting. While listening, imagine that this is a mixtape with some of today’s brightest young stars spitting tracks that also happen to feature Eminem. This is a good rap record, just not a very good Eminem record.

Nada Surf – Never Not Together