<img src="http://www.qromag.com/wp-content/uploads/2012/05/errorsbaxterdurymay16.jpg" alt="Errors & Baxter Dury : Live" />Baxter Dury and Errors were right in the middle of their respective tours when they landed at Amsterdam's OT301, a...

Sometimes, a line-up for a gig or a tour may look strange, the bands on it looking very different.  But, with a little hindsight, one can see the points in common, the things that make them, if not similar, maybe the two sides of a same coin.

Baxter Dury and Errors were right in the middle of their respective tours when they landed at Amsterdam’s OT301 on Wednesday, May 16th, a venue not far from the museum district, so famous in the Dutch city. 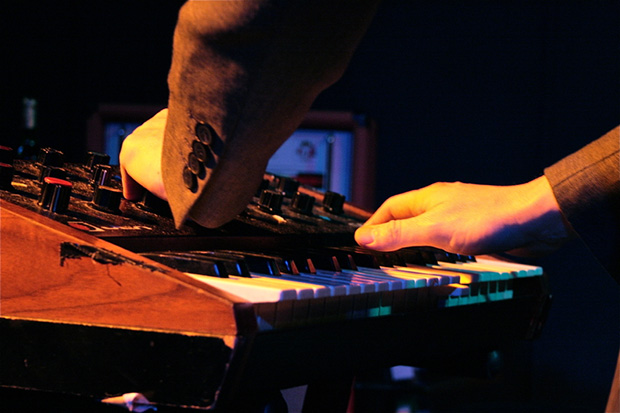 Dury, always independent, always humorous despite the suit, always cocky but attractive, is still introducing the excellences of his latest work Happy Soup, an album adored by many, like Paul Weller (QRO photos) – "I liked his previous records but this one, it’s right on the money.  His voice and sound are spot on, the observations he makes, the recurring themes… 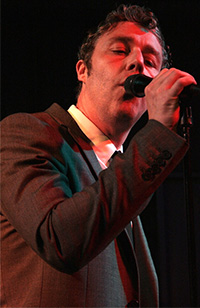 It’s really special," the modfather said late last year, and if someone like Weller says so, who are we to disagree?

But really, Dury looks like his confidence is in at an all-time high.  The set list he played in Amsterdam (presumably, the same for the whole European tour) is based on Happy Soup‘s own running order.  From "Isabel" until "The Sun" (they didn’t play "Trophies"), the set was just that, one song after another, just like the record.  Lame, some may think, but hey, this is Baxter Dury, backed by a gorgeous band.  They can do it and the results keep on being amazing.  You know what’s coming next but the flow, the proximity, the vibe feels different with every track.  After the Soup section, classics like "Cocaine Man" (Bang!  It’s disgusting!), "Oscar Brown" and the encore "Love In the Garden" reaffirmed the subtle complexity of Dury’s psychedelia, far from the obvious references everyone points out about his music (early Pulp and Blur…). 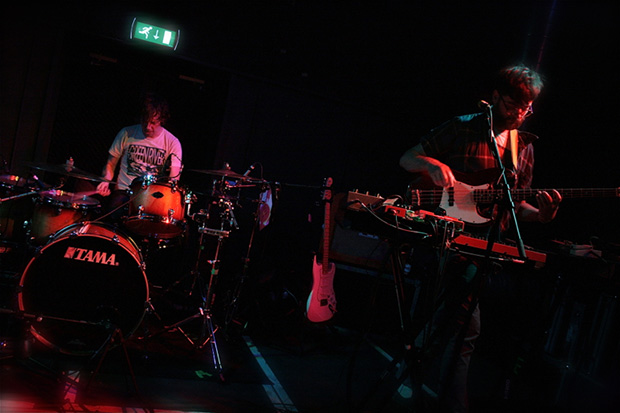 Click here for photos of Errors at 2011 Tramlines Festival in Sheffield, U.K. in the QRO Concert Photo Gallery

Click here for photos of Errors at Wonder Ballroom in Portland, OR on May 5th, 2011 in the QRO Concert Photo Gallery

On the other hand, Errors ("We’re Errors, from Glasgow, sorry!", claimed Steev Livingstone at the beginning) were introducing their latest effort, Have Some Faith In Magic, their most vibrant, bigger and more melodic record yet.  With more equipment onstage, the band is not only mastering the epic of their current tunes but also updating old tracks, like "A Rumour In Africa" or "Beards" to fit into their new display.  New tracks like "Tusk", "Magna Encarta" and "Blank Media" sounded powerful, the fact of having more ‘organic’ instruments onstage made for a more fluent transition in between tracks, but the best thing of the new songs, apart from a major use of lyrics, is that they either leave space for developing atmospheric melodies, in some cases, and 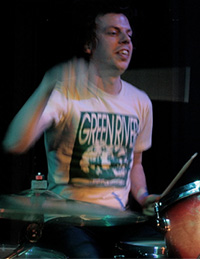 also to throw dancey bits, in others – especially on "Pleasure Palaces" – that leave them in a much more accessible position in relation to the audience.  And the man in charge for that is drummer James Hamilton, who played more complex patterns than in record which helped the set list gain a rockier and more solid feel.

So, all in all, two excellent gigs that, each in their category, showed how complex yet accessible and imaginative pop (in general, apart from labels) can be, in terms of lyrics, arrangements, sounds, either coming from the apparent warmth of the ‘60s or the (also apparent) coldness of ‘90s electronica.